"Not only do we have to fight criminal operations and cruelty to animals on the high seas but also take responsibility and direct action to help those who are imprisoned in concrete pools, doomed to entertain us."

Palawas, Nando, Kite and Rocko. Those are the given names to four bottlenose dolphins who are currently performing at the dolphinarium in Münster, Germany. Built in 1974 as part of the local zoo, the dolphinarium remains one of the last three of its kind in Germany. From the original nine facilities keeping dolphins in captivity, only Nürnberg, Duisburg and Münster are still blocking and ignoring concerns of animal welfare groups, conservationists, politicians and the public. 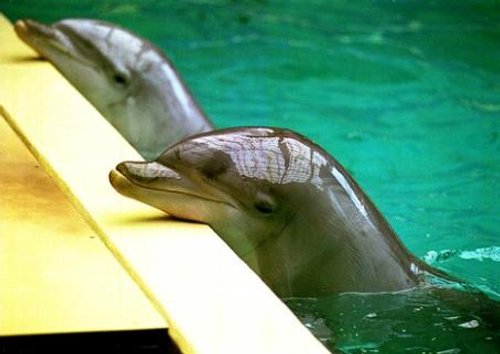 Forced to live a life as an attraction 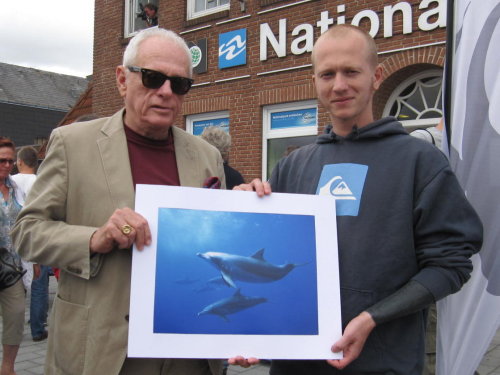 Arne Feuerhahn and Christine Bindal, both co-founders of the new ocean activist group The Black Fish recently moved to Münster to get an impression of the situation in the Westphalian city. "Our aim is to shut this facility down as quickly as possible. Public education and constant pressure are our main strategies to get our four aquatic friends out of the miserable and unworthy conditions they live in".

The campaign started a week ago with a screening of the Oscar-winning documentary 'The Cove'. The film exposes the yearly slaughter of dolphins in a blocked-off cove in Taji, Japan. Many of the dolphins caught at Taji end up in dolphinariums worldwide. During the event the connection between the dolphin slaughter in Taiji, the worldwide dolphin entertainment industry and facilities such as here in Münster were discussed and many people joined to support The Black Fish campaign. Attending the dolphinarium regularly to educate zoo visitors and passers-by, the campaign crew hopes that the citizens of Münster realise the horrible situation that the four cetaceans are in and the need to take action.

"We believe it is quite important to unveil the problems of cetaceans in captivity. In the end the citizens of Münster should identify themselves with the closing. No one should support or tolerate these places that make money out of the suffering of animals". The feedback was surprisingly positive - it seems no one in Münster still wants this facility and many people show compassion for the animals. Last weekend Christine Bindal and Arne Feuerhahn made their way to the city of Husum in Schleswig Holstein to discuss the situation with conservationist and former 'Flipper' trainer Ric O'Barry. Mr. O'Barry welcomed the actions and offered his full support to help the animals when the dolphinarium shuts down.

Seeing these dolphins in tiny concrete enclosures is a disturbing sight. The dolphinarium in Münster offers a main pool of some 200 m³ size which has to be shared with six Californian sea lions. The water is treated with chemicals and the feed of dead fish is served with drugs to keep the animals healthy and able to perform. "These drugs they receive are blocking diseases that would occur most likely under such stressful conditions. The dolphins are regularly exposed to unnatural sounds like loud music, clapping and screaming of the audience. They perform tricks to receive a little bit of dead fish. That's the only reason for their cooperation – food. There is no fun involved for the animals whatsoever."

The Black Fish will step up its efforts to retire the dolphinarium in Münster in the coming weeks. For our intentions we already received overwhelming support from Ric O'Barry, the Humane Society International, world-class underwater photographer Eric Cheng and most important; lots of local citizens. With their help we are confident and determined to get Nando, Palawas, Rocko and Kite out. To be continued...