The London Guantánamo Campaign’s monthly demonstration outside the US Embassy in Mayfair will be extended on Friday, 6 August to a two-hour action from 5-7pm to mark the first military tribunal at Guantánamo Bay since President Obama took power and the first time since World War II that a child soldier is being tried for war crimes. 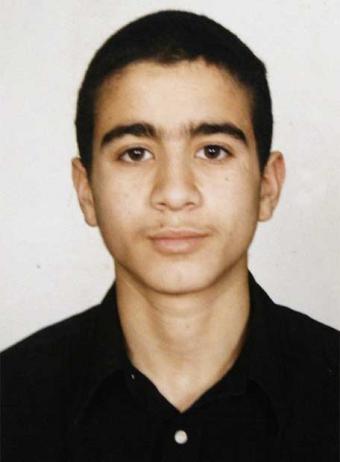 Accused of throwing a grenade at US soldiers in Afghanistan in July 2002, killing one soldier and other war crimes, 23-year old Canadian national Omar Khadr is to become the person since Nuremberg to be put on trial for offences alleged committed as a minor. Held at Guantánamo Bay since October 2002, he has been tortured and abused:

http://www.youtube.com/watch?v=aQHFFbD_-Pg
At a pre-trial hearing in April, a US interrogator admitted to threatening him with gang rape and murder if he refused to confess. Mr. Khadr has tried to boycott the commission he has described as a “sham” and to fire his legal team. It is unlikely that he will get a fair trial and any “evidence” against him is tenuous at best.
His military commission has been condemned by the United Nations Special Representative for Children in Armed Conflicts, the head of UNICEF, international NGOs and others. Although international law does not expressly prohibit the prosecution of child soldiers, it limits it considerably and does not allow for a life sentence, which Omar Khadr faces. International law views child soldiers as victims and not criminals. With over 300,000 child soldiers estimated in various conflicts worldwide, the precedent that could be set by trial is truly dangerous and could have harmful consequences for the safety of millions of children caught up in armed conflicts.
A letter he recently wrote to his Canadian lawyer Dennis Edney was published in the Washington: