The first trial of a minor for war crimes in over 60 years starts today setting a dangerous international precedent. Accused of war crimes in Afghanistan aged 15, a young Canadian victim of the Afghanistan war and the war on terror today stands trial in a kangaroo court + demonstration in support + petition + Amnesty Canada trial blog 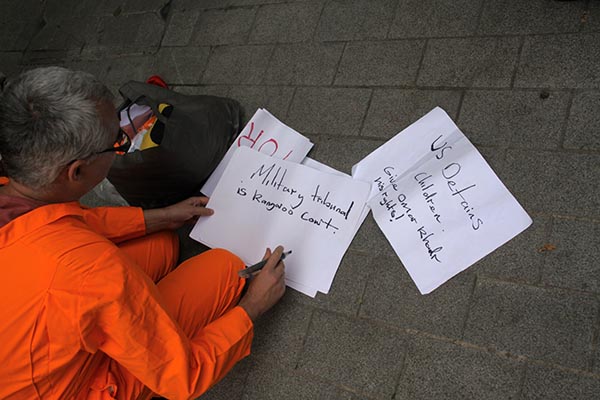 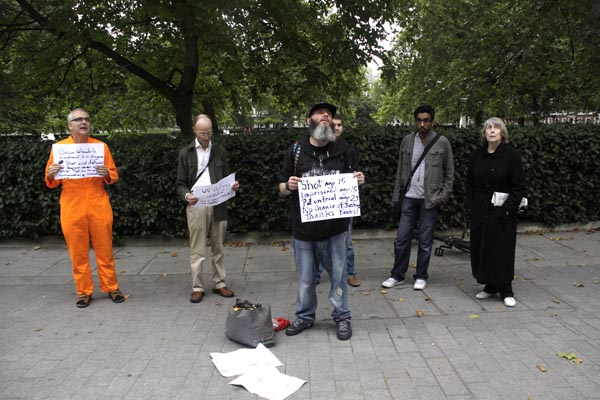 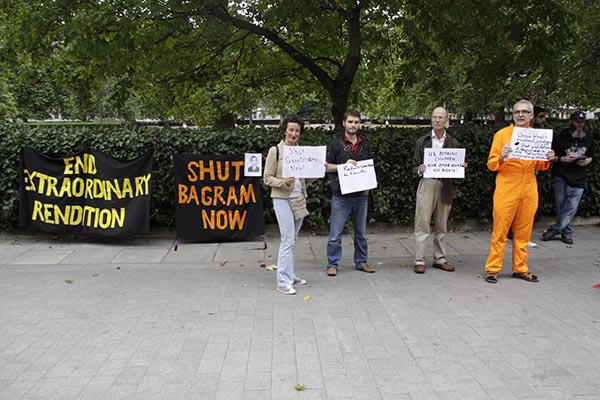 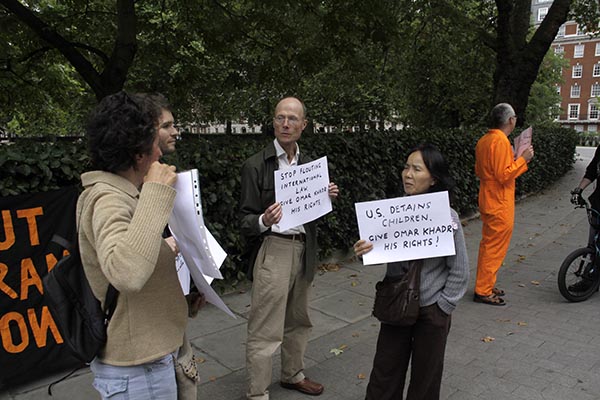 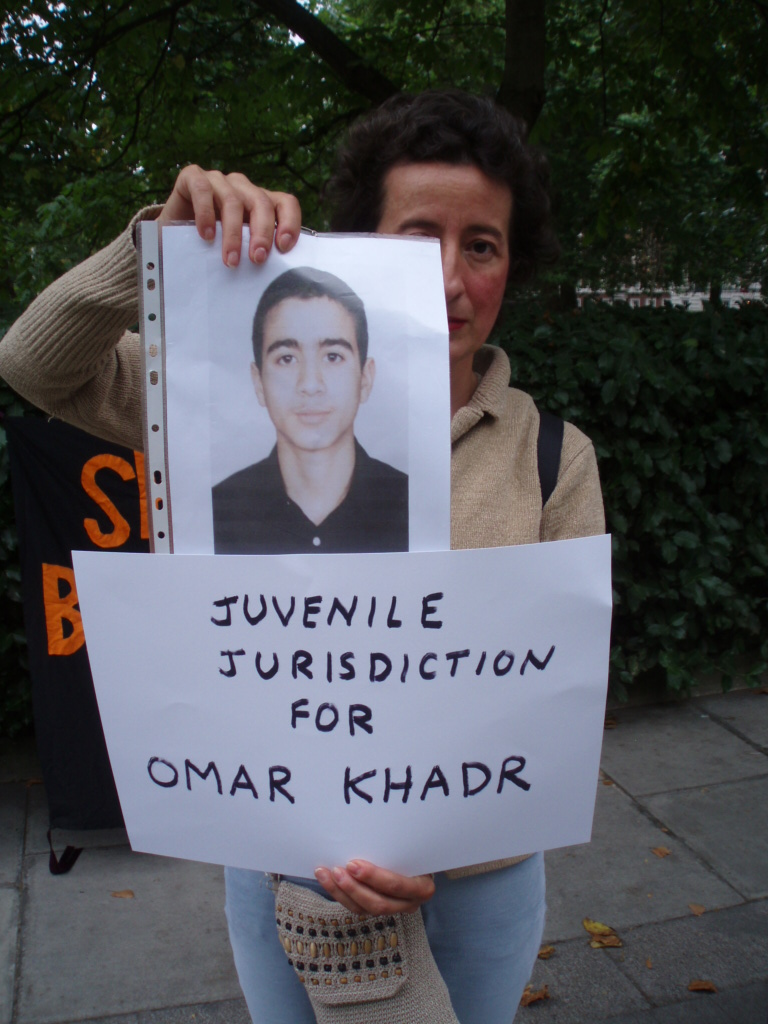 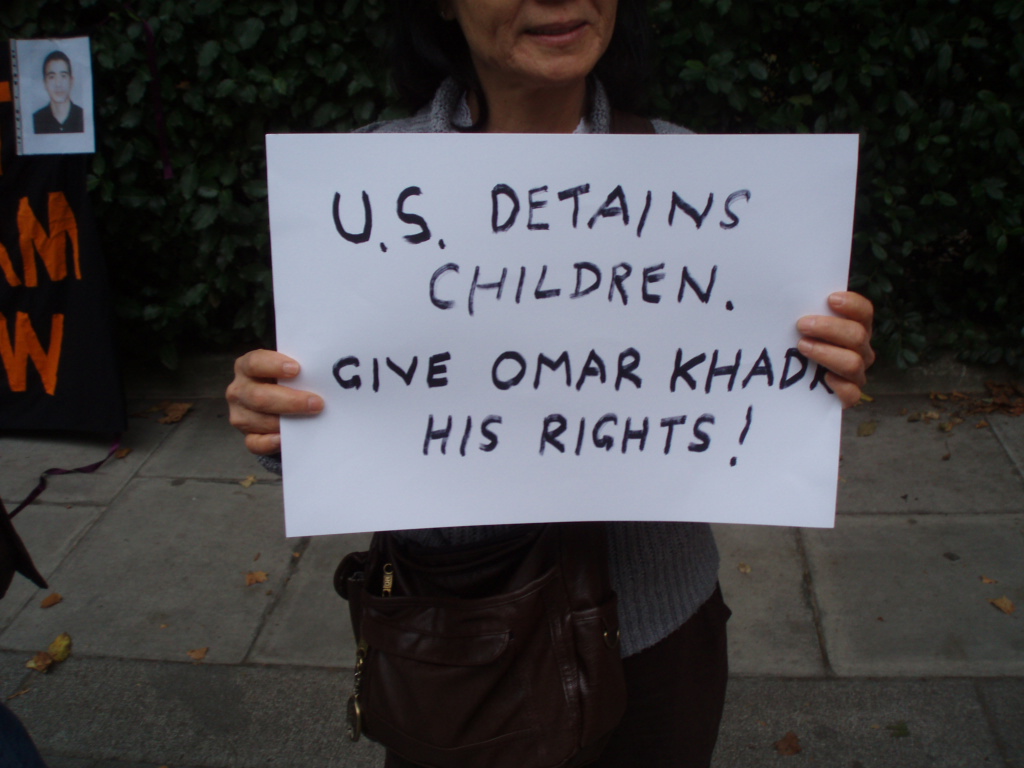 Omar Khadr has never been treated as a child prisoner in over eight years at Guantánamo Bay. Beaten, abused, threatened with rape and death to coerce confessions, he has been denied his right to an education, adequate medical and legal representation and care and his constitutional rights as a Canadian through his government’s consistent refusal to help him through repatriation. Today he is being denied his right to a fair “trial”. Omar Khadr is under no illusion as to the illegal and unfair process he is being subjected to as the world watches with little concern.

In Germany, meanwhile, an 88-year old former Nazi prison guard about to stand trial for involvement in the deaths of over 400,000 Jews at Belzec will do so before a juvenile court as the alleged crimes were committed when he was 20 and was thus a minor at the time. International law considers child soldiers to be victims and not criminals. There are estimated to be over half a million children (under 18) involved in armed conflicts around the world and the precedent being set by the United States today in trying Omar Khadr could prove to be dangerous and prejudicial to others in a similar, precarious situation. Omar Khadr’s trial has been condemned by the Special Representative of the UN Secretary-General for Children in Armed Conflict and the head of UNICEF.

After eight years of arbitrary detention, abuse, torture, threats and gross violations of his human rights, Omar Khadr faces the prospect of life imprisonment, a sentence prohibited under international law for crimes committed by minors. Last month he rejected a plea bargain by prosecutors who offered him a five-year sentence if he admitted to killing American soldiers in Afghanistan in 2002.

Omar Khadr is a victim of the war in Afghanistan, the “war on terror”, the misguided foreign policies of the US and Canada and the complacency of the international community, yet today he stands trial as an adult based on evidence coerced through torture and which even leaked Pentagon documents have admitted is tenuous at the very best.

The London Guantánamo Campaign, which holds a monthly demonstration outside the US Embassy in Mayfair calling for the closure of Guantánamo Bay, Bagram and other torture and arbitrary detention facilities around the world, held an extended two-hour demonstration on Friday 6 August outside the US Embassy. Ten people attended the demonstration. Although the US Embassy was the venue, the London Guantánamo Campaign also calls on the Canadian government to repatriate Mr. Khadr immediately which would have been the logical and most appropriate way of dealing with its human rights abuses and those of its southern neighbours in the USA.

The London Guantánamo Campaign has also set up the following petition which will be sent to the American ambassador in London Louis Susman at the end of this week:

Amnesty Canada’s Secretary General Alex Neve will be attending and blogging from the trial everyday. Updates can be read at:

http://www.amnesty.ca/blog_post2.php?id=1900
Amnesty USA is likely to do likewise next week.