Yesterday morning forty people from around Sruwaddacon Estuary brought Shell’s survey work in the area to a complete standstill. The community walked out onto the mudflats at low tide to assert their cockle-picking rights and disrupt Shell’s borehole drilling survey. 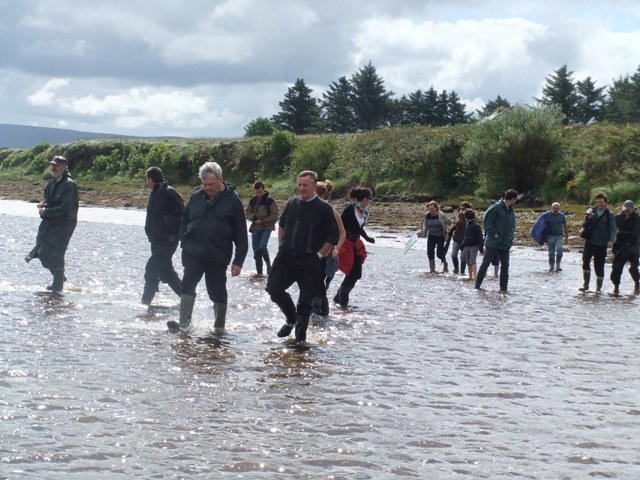 Community walk onto the estuary 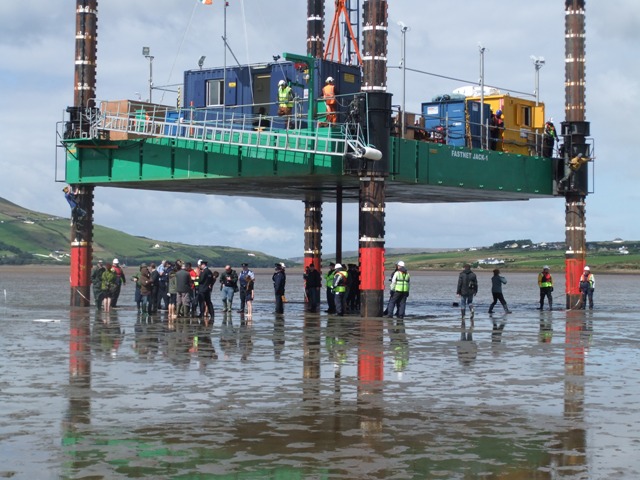 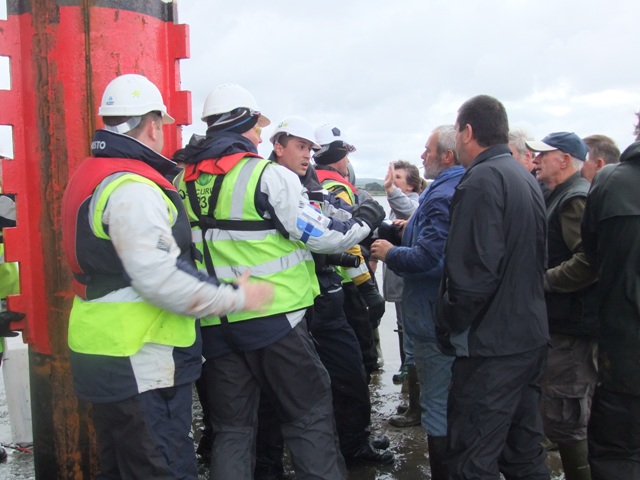 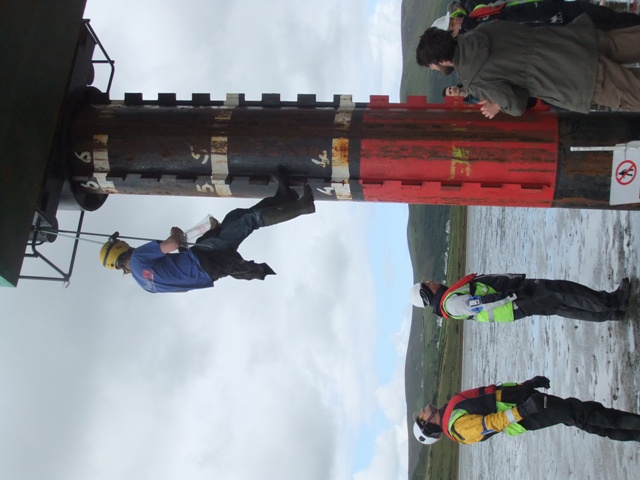 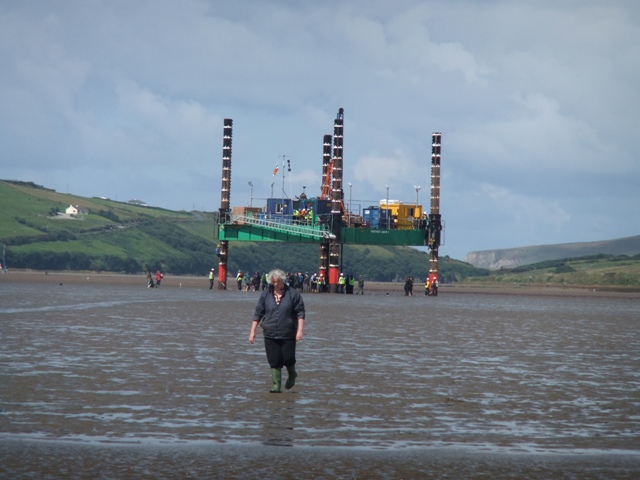 At around 11.30am people converged at Aughoose and walked down a public right of way onto the mudflats. The group walked to one of the two jack-up barges and prevented drilling by walking underneath the platform. IRMS - Shell’s private security firm – tried to block their free passage but the people prevailed and walked where they pleased. Three people scaled the legs of the barge and occupied them for about four hours. One person chained himself to the one of the drill-shafts in order to stop the work.

At about midday about 8 people from the group walked down to the other jack-up barge and enjoyed similar success. Commenting on the scarcity of cockles found on the walk, one local said: “They have probably been scared by the noise from the drilling and must have buried themselves deeper down”.

At about 12.30pm 13 Gardaí walked out onto the strand to assist IRMS. Several warnings were given under section 8 of the public order act for people to stay away from the jack-up barges. At about 1pm the Gardaí cut out the person locked to the drill shaft and arrested him under section 8 of the public order act. At about 1.30pm, with only Gardaí and IRMS beneath the barges, drilling work resumed, even though the legs of the barge were still occupied by three people some 3 - 4 metres above ground. The work almost immediately ground to a halt once more however after one person re-entered under the rig. She was roughly dragged out by IRMS security and arrested by the Gardai under section 8 of the public order act. Both arrestees were brought to Belmullet Garda Station for processing and were released later that day.

Meanwhile the breach had an invigorating effect and with more local people arriving the group reoccupied under the barge despite hollow warnings from the Gardaí. At about 3pm with the tide coming back in the group headed for dry land.

Recently, on the 2nd of August Minister Gormley made directions restricting leisure activities to protect Special Areas of Conservation[1]. Minister Gormley stated: “Along with other EU States, Ireland has designated certain areas for nature protection and, in those areas that must be our priority. Many people, indeed, find recreation in the enjoyment of undisturbed nature.”

At the scene Shell to Sea spokesperson Terence Conway stated: “Despite his recent proclamation Minister Gormley gave the go ahead for this destruction. It seems that there is one law for Shell and another law for the rest of us.”

He continued “The people here have opposed this project for 10 years and will continue to do so to protect our health, safety & environment.”