Yesterday people from the local community of Pullathomas and Rossport and Solidarity campers lead by the rousing sound of a visiting bagpiper and drummer, returned to one of Shell's drilling rigs, gaining access at low tide across the exposed sand bars of Sruwaddacon bay. On arriving at the rig a number of people surrounded the drill casing and danced around it before forming a tight huddle to prevent any further work occurring. Meanwhile others held a large banner and occupied the area while children played in the sand. 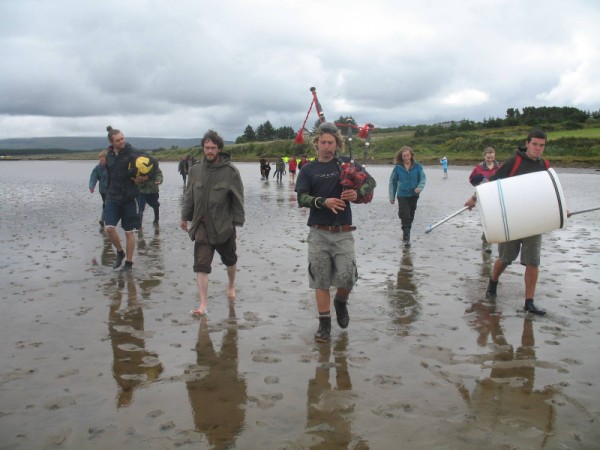 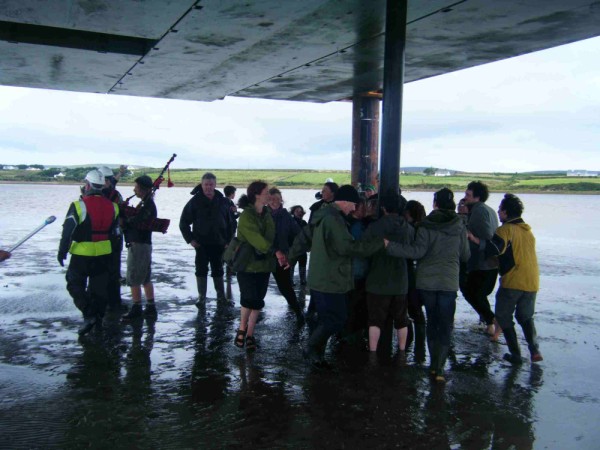 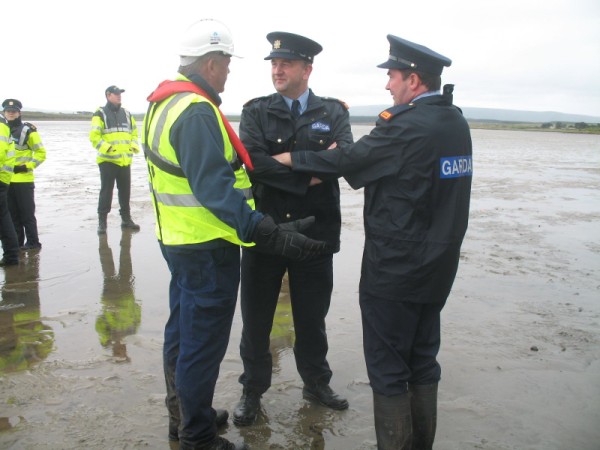 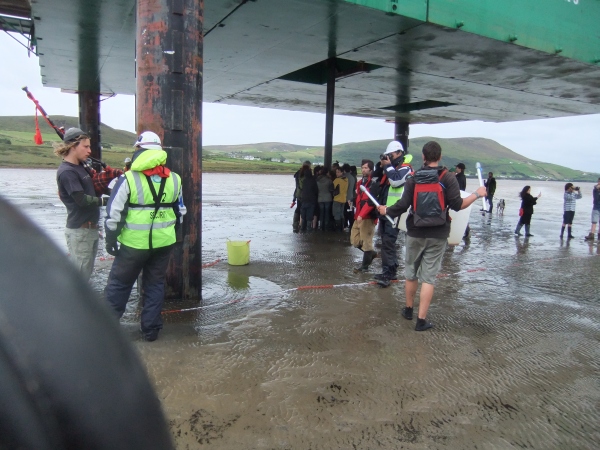 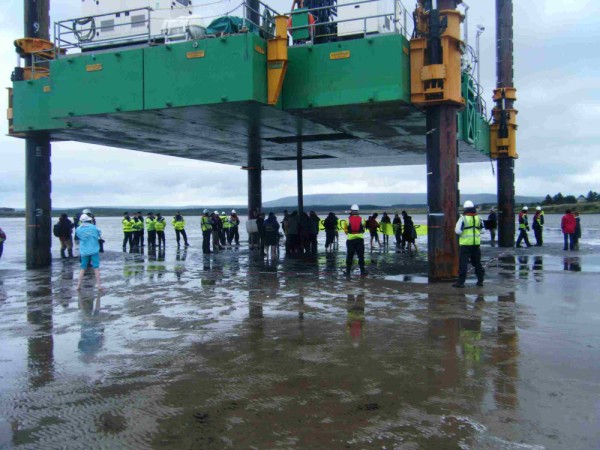 I-RMS security guards asked the drill huggers to leave the area “for their own safety”, an offer that was politely refused. Around an hour later Gardi arrived and observed while super intendant Diskin had a private chat with I-RMS chief Jim Farrell.

Bizarrely after 30 minutes or so all the Gards left leaving I-RMS in charge of policing the protesters, despite their shocking record of violence towards the local community.

Around 5 o'clock in the evening when most people had left, with no warning I-RMS men jumped on protesters and forcefully removing them, themselves surrounding the drill. The protesters attempted to reach the drill again but were repeatedly “repelled” by security, at this point the drill started to operate again while protesters and security were close to it. For the next 30 minutes this battle continued in obvious breach of safety regulations putting both workers and protesters at risk.

The day demonstrated yet again that Shell have total disregard not only for environment and local community but also for their own employees.