The English Defence League are the racist football thugs that by now everyone has heard of. They have attacked mosques, put pigs heads on mosques, attacked Muslims women & pulled off their hijabs. They have smashed up shops, cars, homes & rampaged through Luton, Bolton, Stoke, Dudley, Aylesbury, causing trouble. They now plan to riot in Bradford in Yorkshire on the 28th August. 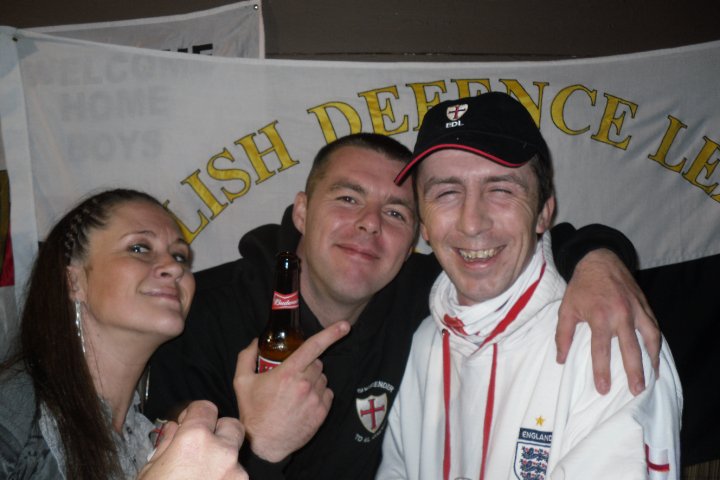 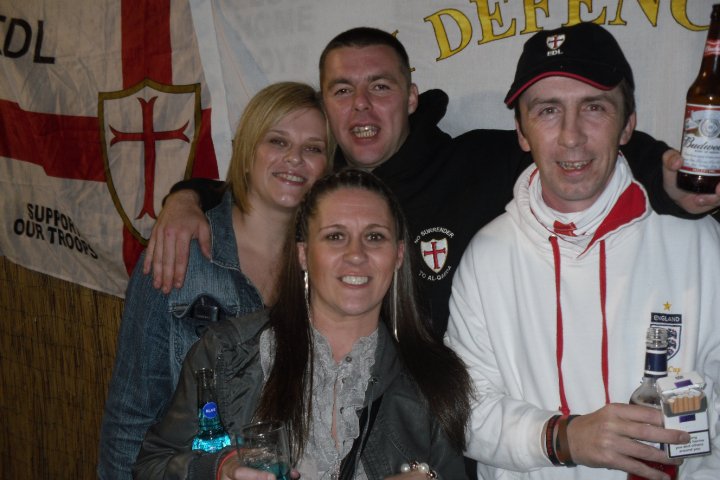 Revealed too is the leader of the Yorkshire English Defence Leagues : John Snowy Shaw. He is one of the Dudley rooftop protesters.