Shell''s survey work was stopped for about three hours on Monday afternoon when people walked out at low tide and got under Shell's drilling platform. This is a continuation of this summer's 'Beat the Boreholes' effort to stop Shell's Corrib Gas pipeline from being built. 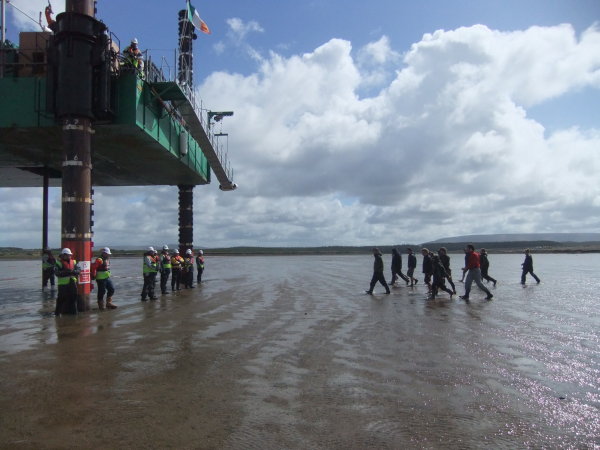 At 12:30pm a group of about 15 people managed to get past the 20 or so IRMS Shell Security guarding the drilling platform. The group formed a circle around the drill and stayed until the police arrived on scene and used Section 8 of the public order act and a little bit of force to get people out from under the drill. One person had locked themself onto the drill with a chain, but eventually they were removed by the police as well. However work still did not resume because people continued to dash back under the platform for the next couple of hours, often without much resistance from IRMS or the police. The police did use pressure points and some arm twisting to get two campaigners off of one of the drills at one stage, but no one had any lasting pain or injury and there were no arrests.


Overall spirits were high, and about forty campaigners remained either under or around the outside of the platform for the duration of the action. Once the tide came in people were satisfied at having stopped work for three hours, and the campaigners left Shell to continue their dirty work in the beautiful Sruwaddacon estuary. 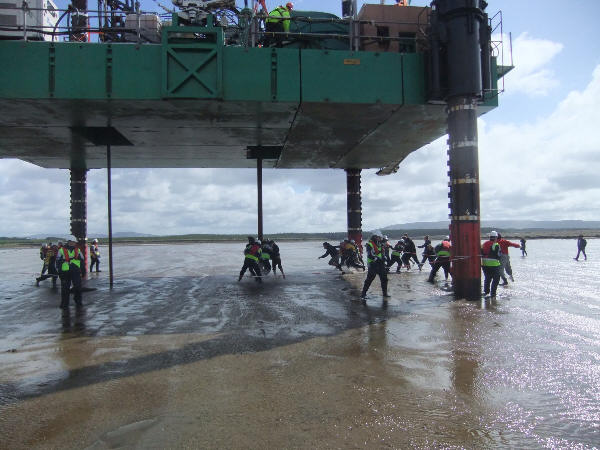 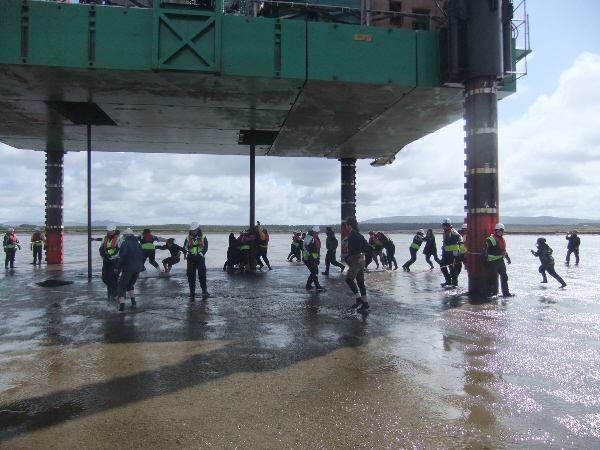 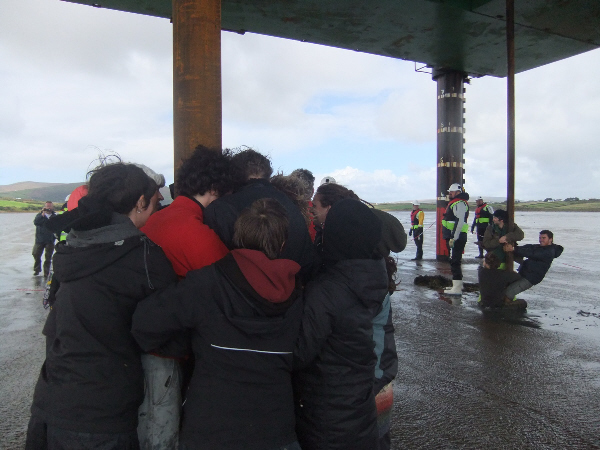 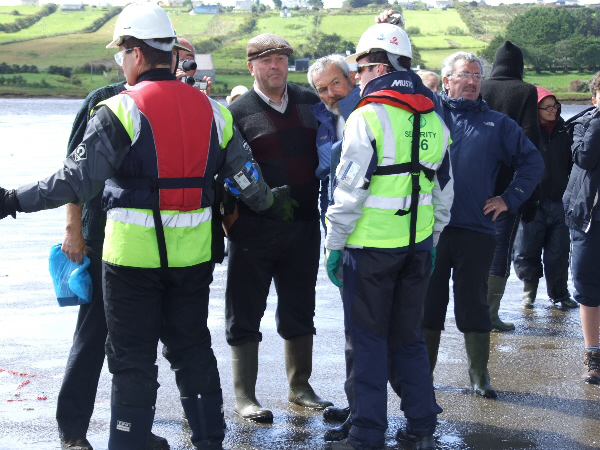 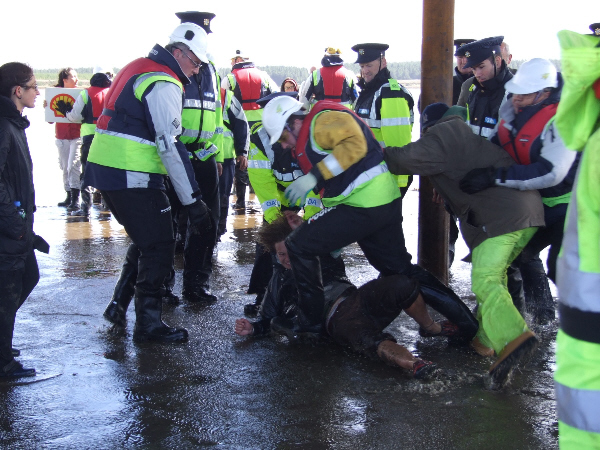 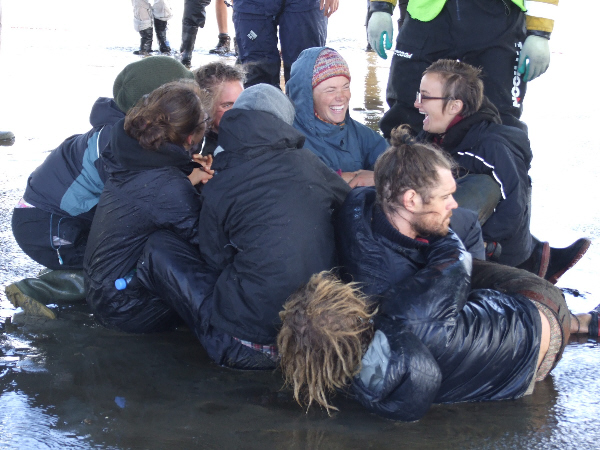 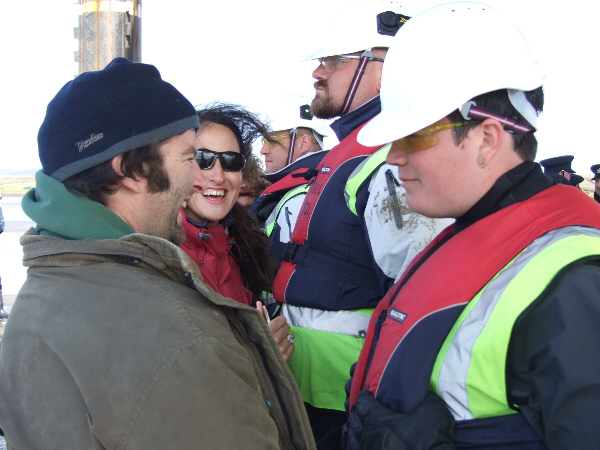 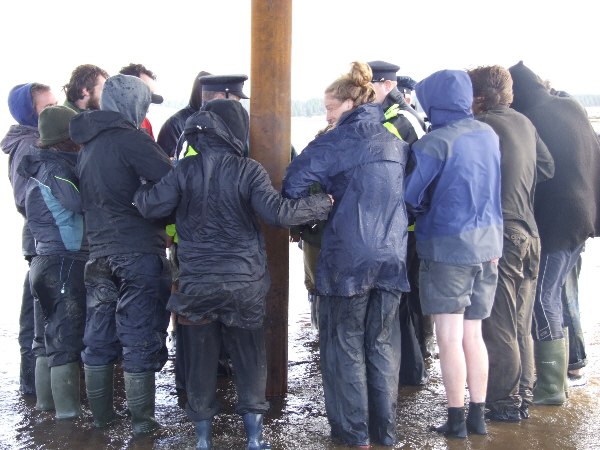 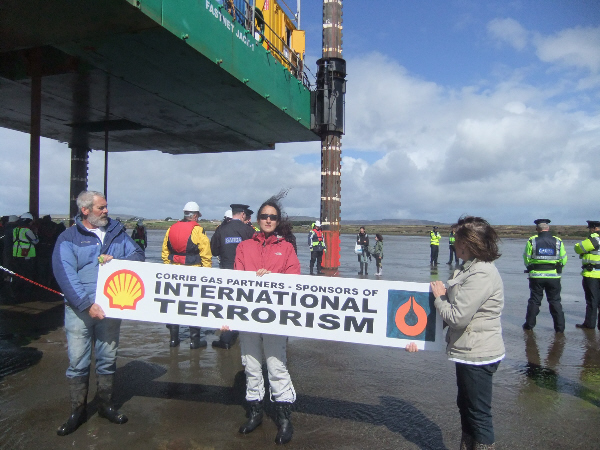