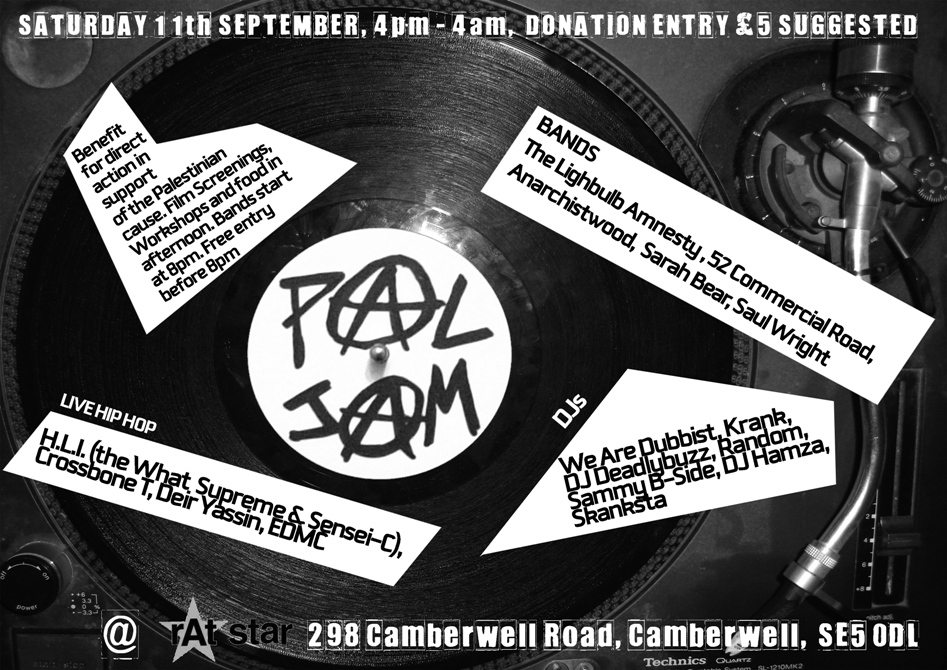 Direct actions in support of Palestine, such as blockades of Ahava or Carmel Agrexco don’t pay for themselves, van hire, D-locks etc all cost cash money. Therefore a network of people who carry out such actions are putting on a fundraiser to pay for future actions. Come on down, with a banging line up and a great social centre to have a party in (the Ratstar comes with 2 rooms of music, a cinema room and even a roof terrace, oh yes), there has never been a funner way to support a great cause.

The day kicks off at 4pm, with workshops on direct action, Palestine related film screenings and a Palestinian cafe. Music kicks off at 8pm.

How much: free before 8pm, £5 suggested donation afterwards, but pay what you can afford

from banging techno to punk to hip hop to dubstep to drum and bass to accoustic, whatever your into we got you covered.

EDMC – EDMC AKA Ed Greens brings some politics for your ear

We Are Dubbist – No intro needed, the legendary DJ/MC dubstep crew bless us with their presence

DJ Hamza – eclectic mash up to get you dancing

Skanksta – Drum and Bass with a Reggae twist