Highlighting the failure of government and business to act on catastrophic climate change, campaigners from London and Manchester held joint demonstrations on Saturday 4th September 2010 at Manchester Airport Domestic Terminal and London City Airport calling for an end to all domestic flights. 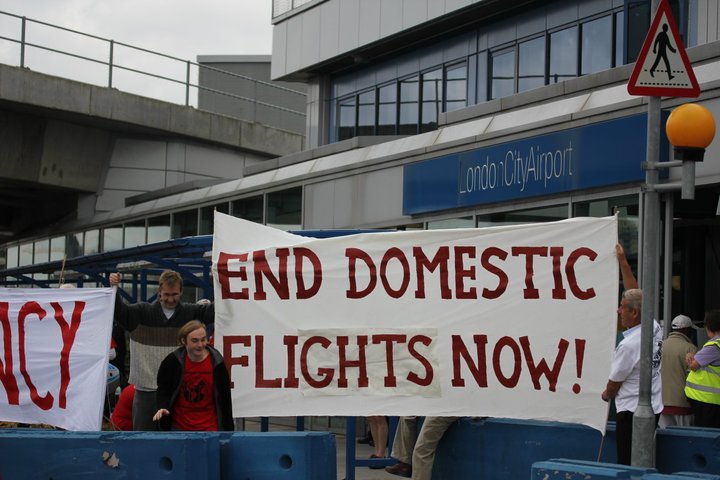 The day began with a rally at London City Airport at 11am. Campaigners travelled through London on an open top bus to Euston where they joined a train to Manchester. They were greeted by an enthusiastic crowed at Manchester Piccadilly and travel on together for a second rally at Terminal 3 of Manchester Airport.

Robbie Gillett from the ‘Stop Expansion at Manchester Airport’ coalition said "There are currently around 38 flights per day between Manchester and the London hubs. Airlines such as Flybe who promote these domestic flights are encouraging airport expansion and threatening the stability of the climate in order to line their own pockets. Domestic flights are the most unnecessary of all and should stop immediately. Instead, we need to create green jobs in sustainable transport networks such as rail."

The day ended with celebrations at Hasty Lane which is under threat of demolition by Manchester Airport to expand the World Freight Terminal. Campaigners and local residents teamed up with the Abundance project to pick surplus fruit from a threatened orchard and share it with a local Wythenshaw community centre. This was followed by cake, drinks, barbecue, music and dancing.

Chloe Simmons, from Stop Expansion at Manchester Airport coalition said, “We approached Manchester Airport to arrange where the demonstration could take place effectively in sight of the public and airport management. Instead we were offered a number of outdoor spaces where the travelling public would not be able to see us. It seemed to us that Manchester Airport wanted to make our protest invisible to diminish it's impact. At a time when climate chaos threatens us all, the right to assembly and peaceful protest is crucial.”

Local Manchester councillor Martin Eakins who attended the demonstration said, “Aviation from Manchester Airport contributes more greenhouse gasses than all other polluters put together in Manchester. Reducing our carbon output by ending domestic flights would go a long way to making our city environmentally sustainable.” 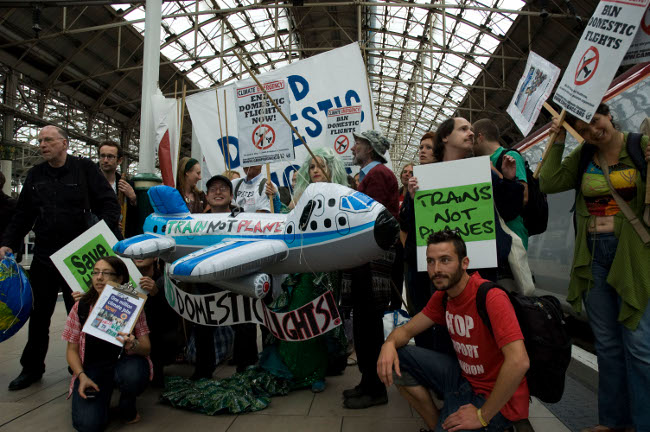 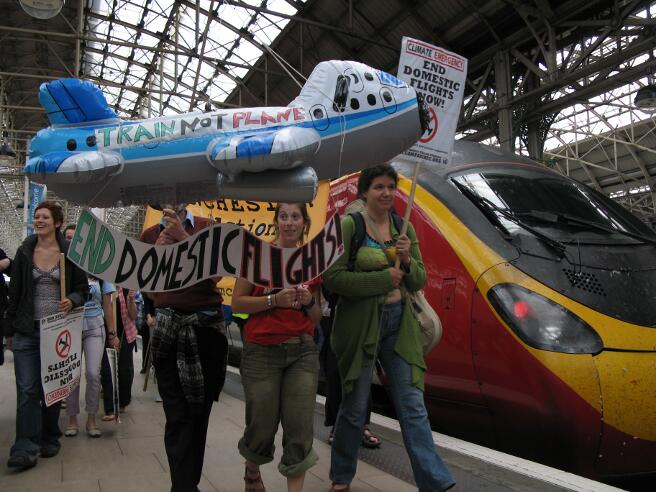 Moving off to get the train to Manchester Airport 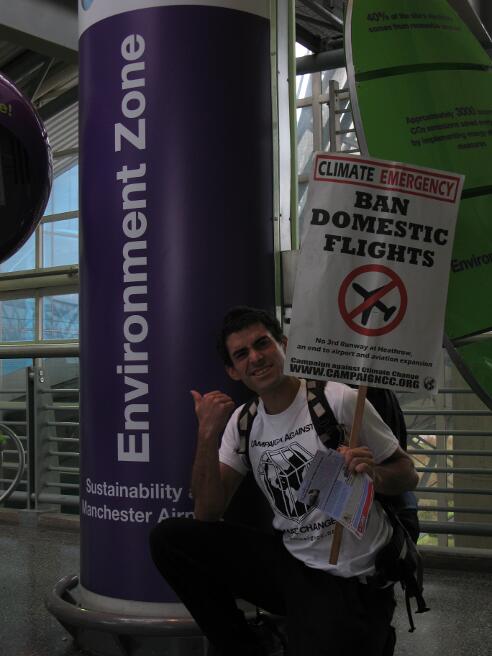 Manchester Airport doing their bit for the environment! 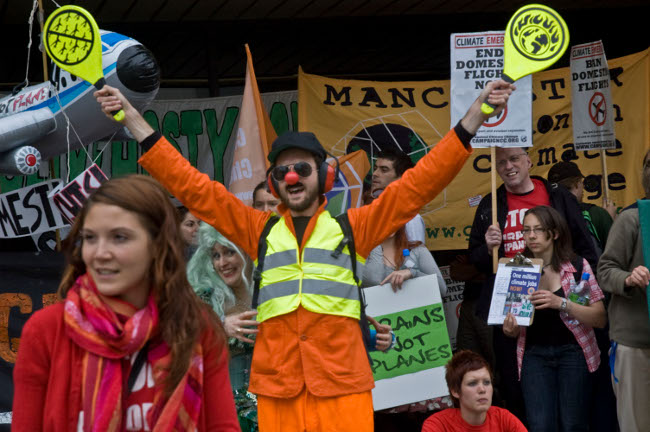 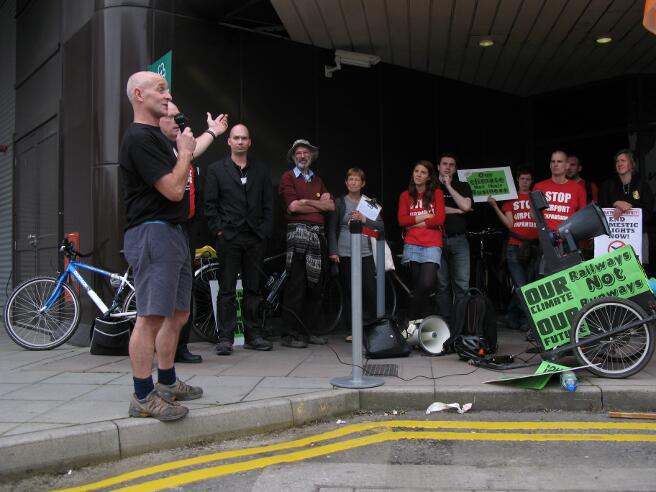 Insparational stuff from a local resident 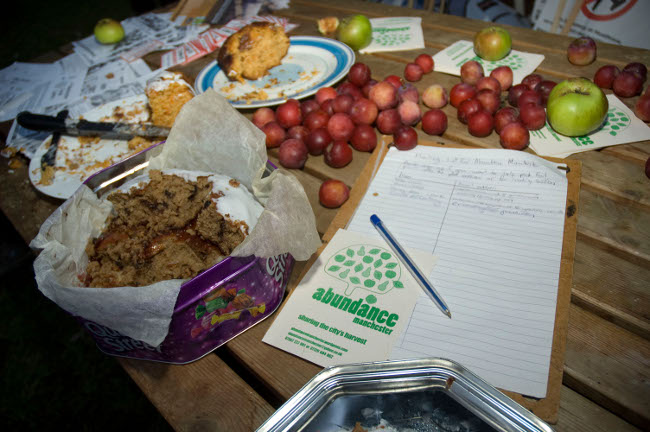 Essential ingredients for an after demo party

Apart from the normal chaos of course, the climate being always largely chaotic and unpredictable to everyone except some weirdos with very dodgy computer models who think they can tell us what is going to happen. Shame they never get it right and fudge their data to get the desired apocalyptic visions.

Climate change is happening, and it is caused largely by human action, according to the vast, vast majority of climate scientists in the world.

http://www.sciencemag.org/cgi/content/full/306/5702/1686 for one of many articles on the scientific consensus on Global Warming.