After six years of local resistance, property developer finally throws in the towel with its plans to redevelop Queens Market in Newham, East London 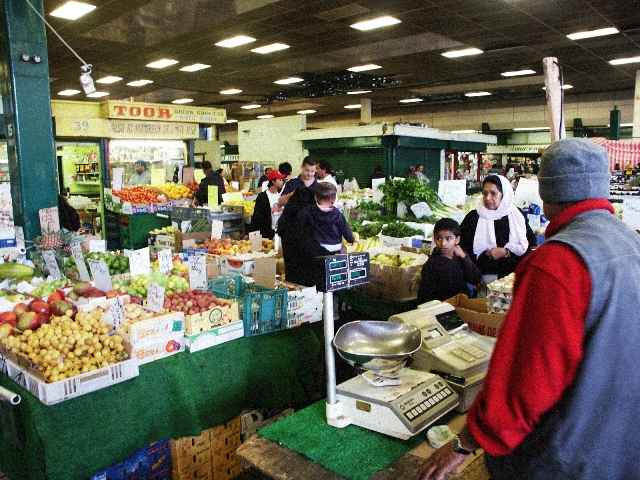 St. Modwen Properties have thrown in the towel with their proposed redevelopment of Queens Market, East London .

Friends of Queens Market Chair, Sasha Laurel, said “It’s a great day for Friends of Queens Market and thousands of ordinary people, including shoppers, residents, shopkeepers, stall holders and the wider BME communities. We fought these property developers for 7 long years to keep our supply of fresh, affordable food, and now our market is saved”.

St. Modwens was Newham Council’s preferred developer for a regeneration scheme on the site of the 110 year old traditional London street market. Following a high profile campaign which included the collection of 12,000 signatures to stop the demolition, the anchor supermarket for the development, Asda-Walmart, pulled out in June 2006. This was the Friends of Queens Markets’ first victory.

In May 2009 a multi-million pound planning application was submitted by St. Modwen which included a 31 storey high-rise tower block on the market site with a token amount of social housing. The market was scheduled for demolition and local opinion was deeply suspicious of Newham Council’s claim that St. Modwens would rebuild the market and run it as before. This resulted in sustained grass root opposition to the plans from the local community and 2,600 individual letters of objection. Despite this unprecedented response, Newham Council approved the scheme at planning stage. Friends of Queens Market then turned to the final authority, the Greater London Assembly, where London ’s Mayor, Boris Johnson deemed the development ‘inappropriate’ and threw it out - Friends of Queens Markets’ second success.

A year later, St. Modwen and Newham Council have parted company, claiming that they could not agree about a way forward. Pauline Rowe, Secretary of Friends of Queens Market commented “We will be asking a ‘Freedom of Information’ question to find out how much taxpayers money was wasted on this unwanted scheme, which always had the backing of our Mayor Sir Robin Wales.