The Black Fish, WDSF and ProWal which have all campaigned for the closure of a dolphinarium in Münster, Germany, are celebrating today after the announcement that the four dolphins in the facility will be re-homed at the latest by the end of 2012. It is still to be decided where the animals will go to but The Black Fish activist Wietse van der Werf is hopeful on a positive outcome: "We will find a respectful and acceptable solution for the future of these four bottlenose dolphins. Transferring them to another concrete prison is not one of them." 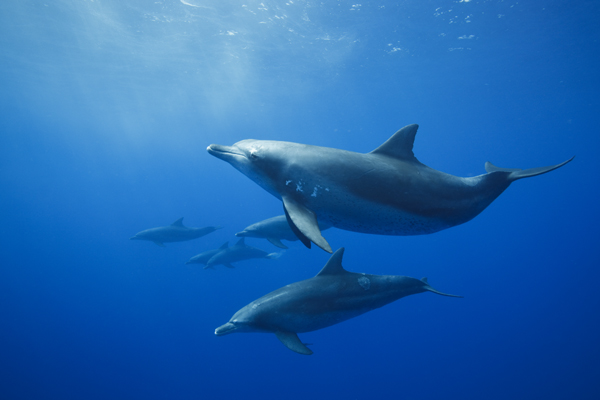 The Münster Zoo, which hosts the dolphinarium, has confirmed the dolphins will be out by the end of 2012. The animals, known as Nando, Palawas, Rocko and Kite are now looking towards a new future. Although the campaign isn't over yet, The Black Fish would like to take this opportunity to congratulate the German organisations WDSF and ProWal for their tireless work in campaigning for the closure of this facility for the last few of years.

Last week a dolphinarium in Hisarönü, Turkey was also closed after an intense campaign by animal welfare groups. "It shows that these type of campaigns do achieve their objective" says one of The Black Fish activists. "We received so much positive reaction from the public in Münster. Lots of local people knew exactly about the poor living conditions of these dolphins. The dolphinarium in Münster was like a very shaky scaffold, it just needed a final big push".

Although this is an important step towards ending dolphinariums, 6 Californian seal lions will remain in the facility as part of their marine wildlife show. There will now be two facilities left (from the original nine) which keep dolphins for public display in Germany. For the Münster campaign The Black Fish received support from flipper trainer turned conservationist Ric O'Barry, the Humane Society International and world-class underwater photographer Eric Cheng.