Friends of the Okpara family gathered in front of Sheffield Town Hall on 25th September 2010 to rally against their threatened deportation. 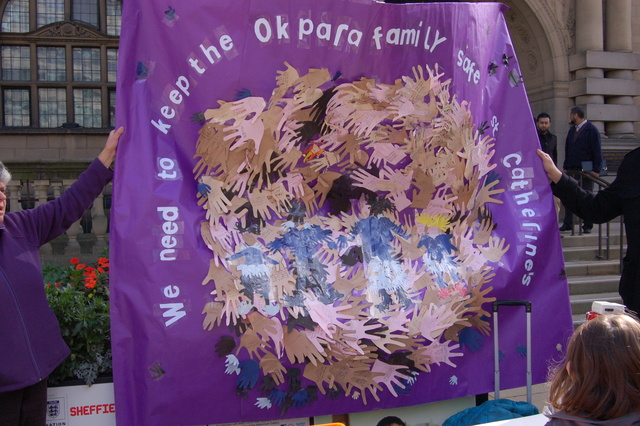 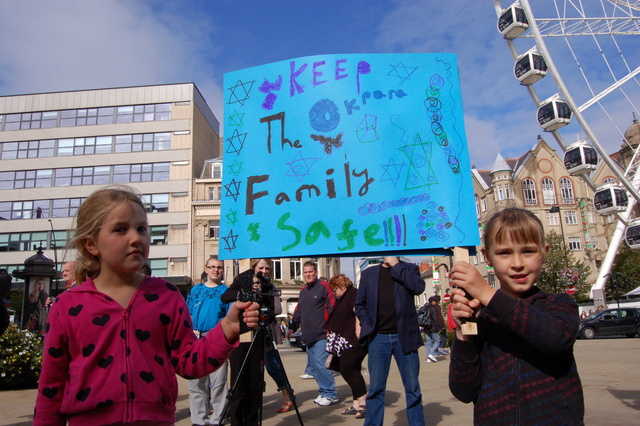 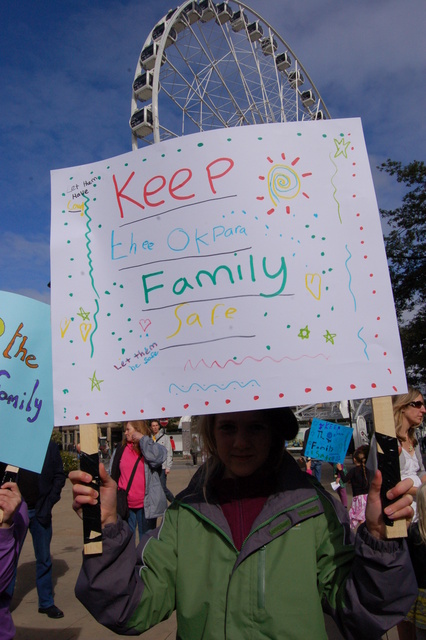 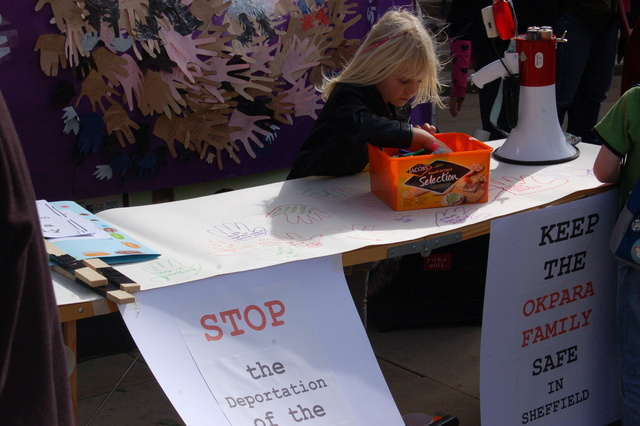 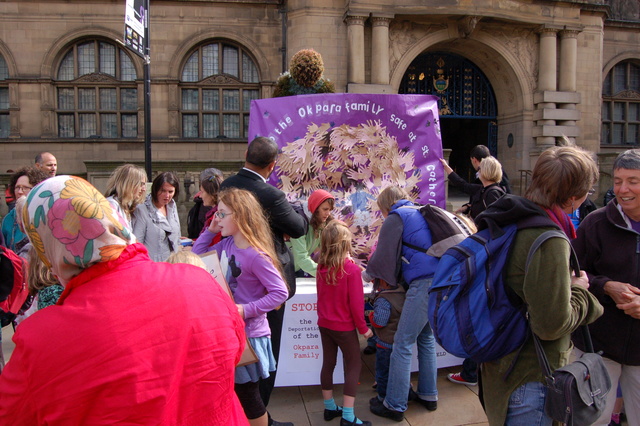 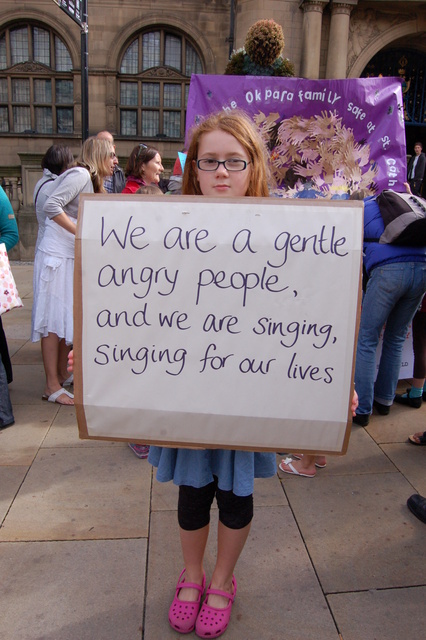 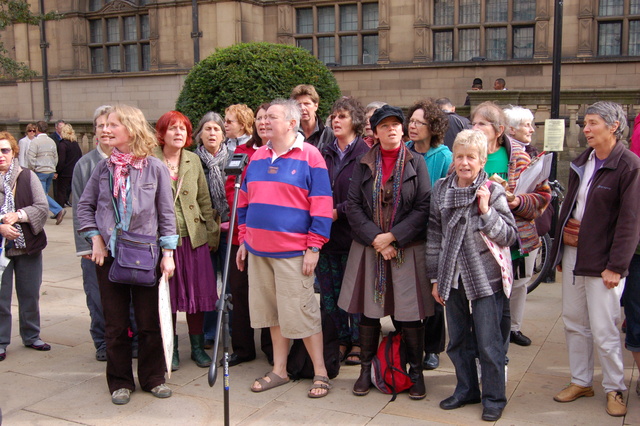 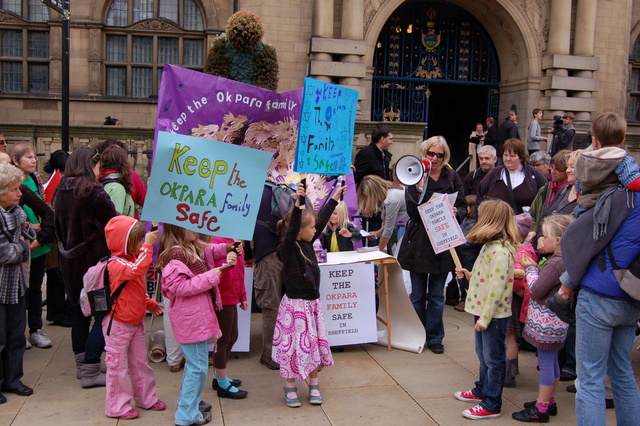 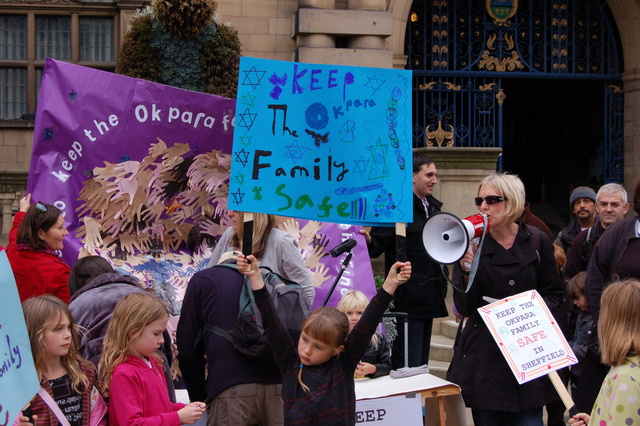 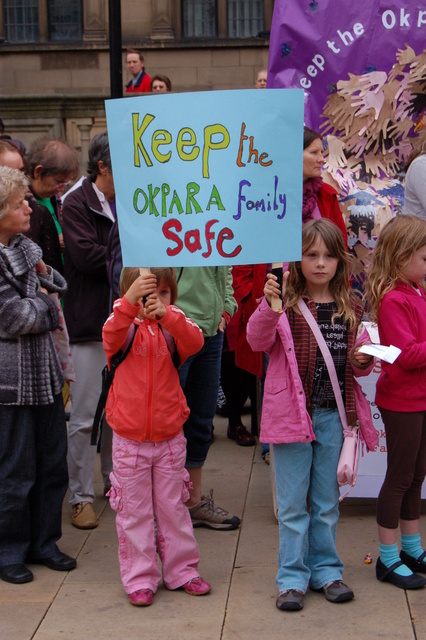 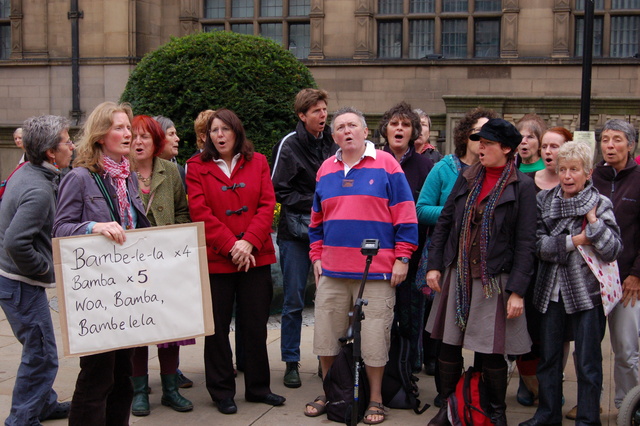 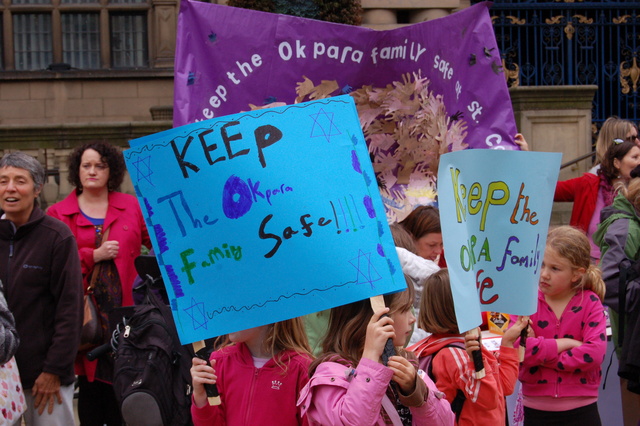 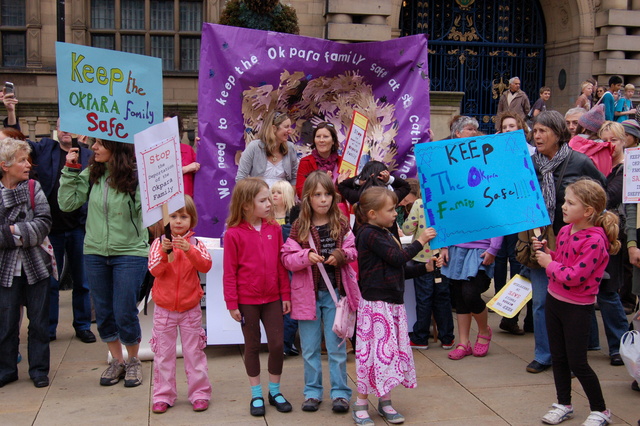 Mildred Okpara and her three young children aged 7, 5 and 1 years of age are to be deported in the very near future - possibly in the next few days. The family needs your support to stop their deportation.

Mildred Okpara fled Nigeria in 2005 with her two children, then aged three years and 5 months. While still a teenager Mildred fled from her home village to escape forced female genital mutilation, a practice which is widespread amongst the Igbo, which is the family’s tribe. She met her partner who she lived with until he was abducted and murdered by the Nigerian separatist group, MASSOB (the Movement for the Actualisation of the Sovereign State of Biafra). After her partner’s murder, threats were made to Mildred and her two children resulting in injuries to her baby son - he is still receiving treatment for these injuries.

Despite evidence of continuing atrocities committed by MASSOB, the UK Border Agency has rejected her claim for asylum and told her to return to Nigeria. Based on this evidence Mildred is convinced that her family will be targeted and killed by MASSOB if they are forced to return.

Mildred and her children have been living in Sheffield since December 2005. She is active in the community and is a volunteer with the local Citizens’ Advice Bureau and Sheffield Live! a local radio station. She has also received an award from the City of Sanctuary for her contribution to the community. Her children are doing very well at school where they are very popular and have many friends. She also has a third child, a beautiful baby daughter, born in Sheffield in 2009. 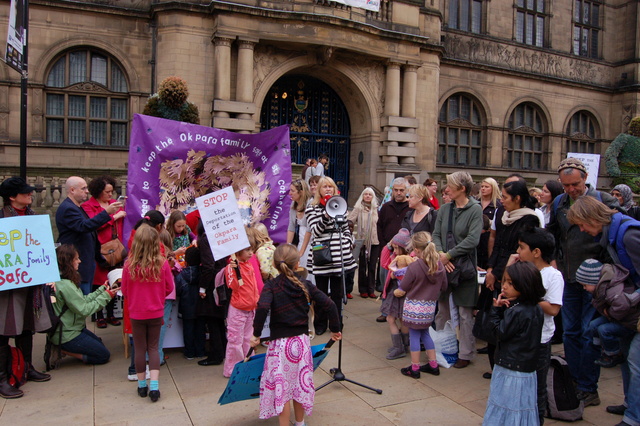 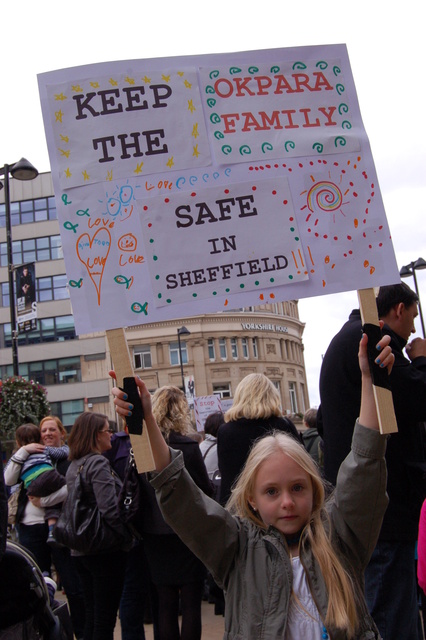 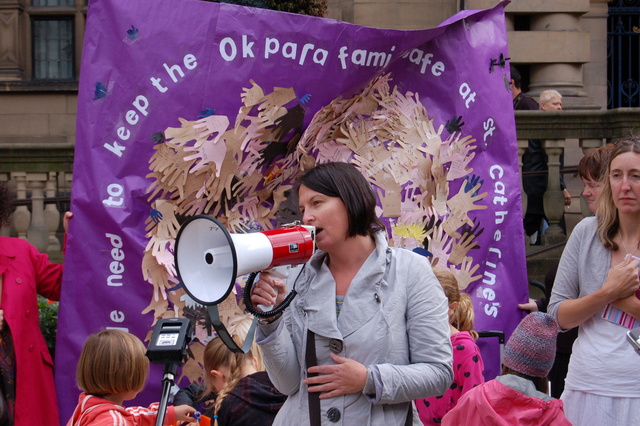 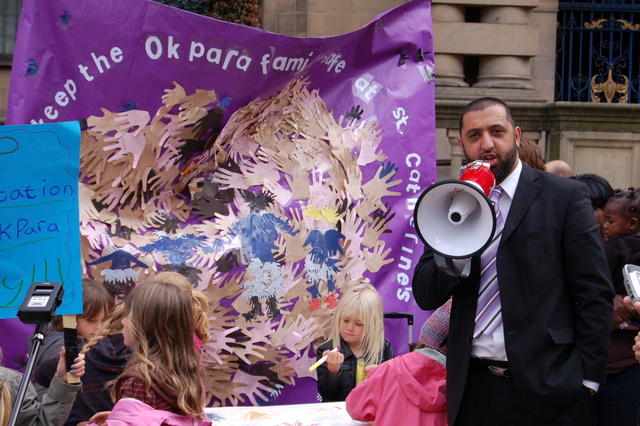 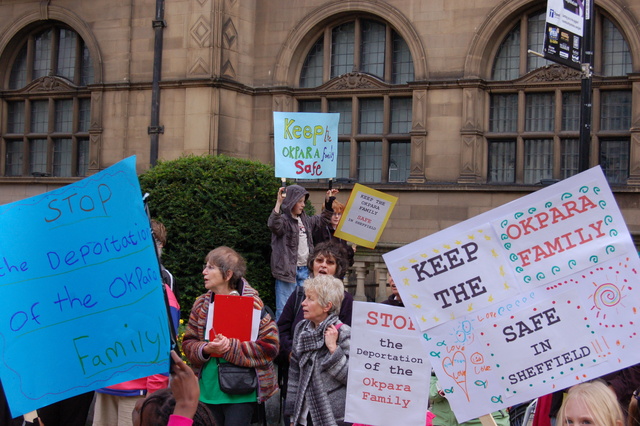 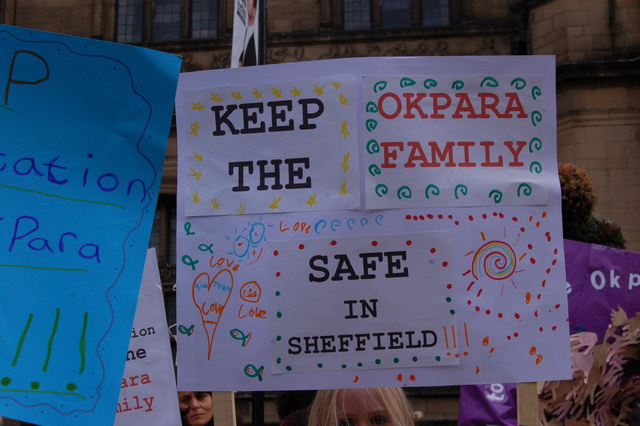 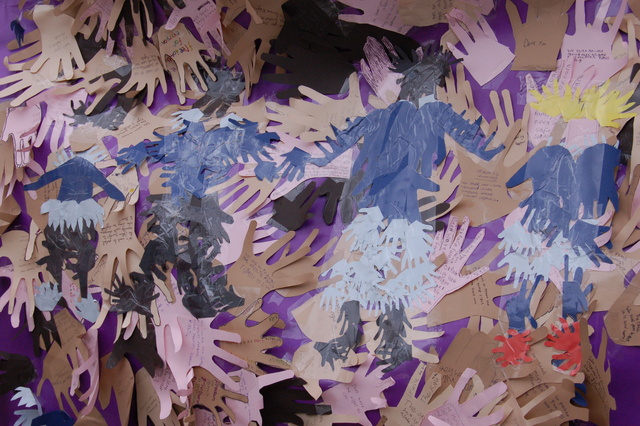 Some more photos of the protest