Did Obama really say that?

One thing the Obama regime has shown me is that the Democrats are also the Party of No: NO peace, NO justice, NO relevant healthcare reform, NO improvement in education, NO civil liberties, NO economic justice, NO environmental sustainability, NO jobs, NO anything that is positive for those who were made weaker after 9/11. 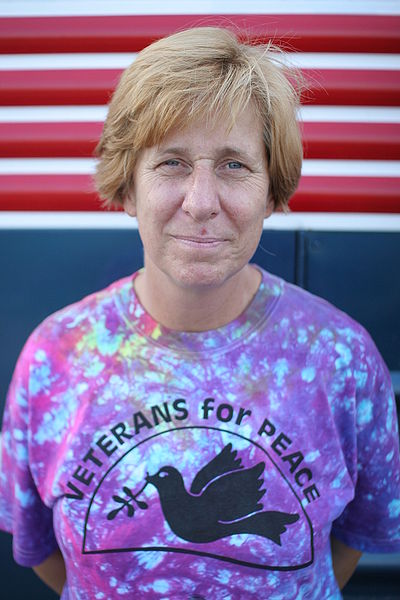 "We can absorb a terrorist attack. We'll do everything we can to prevent it, but even a 9/11, even the biggest attack ever...we absorbed it and we are stronger." (Barack Obama in "Obama's Wars" by Bob Woodward)


Again, the arrogance of U.S. Robber Class politicians is astonishing!
I know I just have a modest internet talk show and a blog that only reaches thousands, but I am going to put in a request to interview Barack Obama, because I doubt, with the resignation of the only tough-ish person in the White House Press Corps, Helen Thomas, that any other so-called journalist has the guts to go against the Emperor and ask just one simple question -- "Mr. President, who or what do you mean by "us'?" Is it another case of: "It depends on what the meaning of the word 'is' is." (Bill Clinton).

Maybe Obama was suffering from the delusion of "What doesn't kill us makes us stronger," but looking from the perspective of someone who was greatly weakened in so many ways by the attacks of 9/11, and from all of my other experiences since then, I can say what and who has not been made "stronger."
Many families here in the US have had members killed, maimed or emotionally wounded starting on 9/11 and continuing every day since then. By this past week, 2010 was already the deadliest year for our military in Afghanistan. It is just September, and 2010 has been only surpassed in carnage by the other year in the Obama regime -- 2009. And the other "crazy" thing is, troops keep dying in Iraq, even though that "war is over."

I can also say that the millions of people who have been killed, maimed or displaced in Iraq, Afghanistan and Pakistan (which Obama thinks is the "real threat") have not been strengthened in the short-term or long-term. But, hey -- they don't really count, now, do they?

Since 9/11, I have been arrested many times for just exercising my civil rights to free speech and freedom of expression, and I am just one of thousands. I don't think our civil liberties are "stronger" since 9/11. In fact, just last week, antiwar and social justice activists had their homes raided [1] in all parts of this country by the FBI. I resent having to, for all intents and purposes, walk nude throughout airport security and I resent the entire police state mentality of airport personnel who, but for the "grace" of 9/11 could just as likely be saying: "would you like that super-sized," as "I'm going to have to search you." Even their lives aren't better being wage slaves for the Police State.

Speaking of that, everyone I know in my wide circle of concern is either unemployed or underemployed. For example, my son, a new father, is working three jobs just to provide for his small family and hasn't worked in his trade as a land surveyor for a year and a half. Andy's story is not an unusual or special one. The job market has certainly not been made "stronger." The housing market has not been made "stronger" and OUR economy is as weak as my newborn grandson. It has no muscle tone or control and can only whine and scream because that's the only way it can express itself now. At least my grandbaby is adorable.

I can name a few institutions that have been made "stronger" since 9/11: The Police State and all its apparatus; the Military Industrial Complex and its tentacles: the Pentagon, the State Department, war profiteers, corporate media; Wall Street; the surviving banks; and especially the government. The rich are literally getting richer, and the poor are growing poorer. The income gap is wider [2] than it ever has been since 1929!

Whether Osama bin Laden perpetrated 9/11 from a cave in northern Afghanistan -- or Dick Cheney planned it from his cave in Mordor -- OBL's stated goal of total destruction of the U.S. Empire is proceeding apace and I can't fully comprehend what another "terrorist" attack would do to this nation.

The institutions, people, and societal norms that were weakened by 9/11 will be furthered weakened and the ones that were made "stronger" will be further strengthened. I can foresee only a bleak future under Obama's Absorption Theory -- complete tyranny in the U.S because of complete economic breakdown that will probably lead to isolated incidences of internal rebellion that will be violently suppressed in the name of "National Security and Stability."

I have read some Obamapologists saying that he was "correct" and that our nation was made "stronger." This line of thinking goes: We were afraid at first, but eventually when WE were not attacked (by the terr'ists) again -- we went about our daily lives as if nothing ever happened. Well, I say: that's exactly what is wrong with this nation. Three-thousand Americans were killed that day, which was bad enough -- but almost 6,000 (official count) Americans have been killed in the Middle East/Asia since then. And, as the mother of one of those, I can attest to the fact that not many people feel as connected to this tragic figure as they are to the ones murdered on 9/11. Our soldiers have been misused in this phony war of terror began by Bush and perpetuated by Obama.

After 9/11, instead of becoming self-reflective, we mostly allowed our government to steal our flesh and blood, kill and torture millions of others and descend into this Police State that is protected from accountability, because we the people are still afraid of our own shadows. We (as a whole) haven't "absorbed" crap -- we have deflected it as far away from us as possible. Most of us are still afraid, but most of those who are still afraid are fearful of the wrong things. The real terrorists reside at 1600 Pennsylvania Avenue and other posh residences in the beltway.

We are speedily careening to November 2, when many of us will be going to the polls to vote for the "Party of No." Do you think I mean the Republicans? No, I mean the other "Party of No," the Democrats.

One thing the Obama regime has shown me is that the Democrats are also the Party of No: NO peace, NO justice, NO relevant healthcare reform, NO improvement in education, NO civil liberties, NO economic justice, NO environmental sustainability, NO jobs, NO anything that is positive for those who were made weaker after 9/11.

Yes, it's been a feast for the vampires of economic disaster and the pigs of war since 9/11 and I don't foresee any change coming at the ballot box. The ravenous feasters want our food, too -- and they want us to believe that voting will hamper, or at least slow, their access to our measly crumbs. It obviously won't.

So, what's the solution? Intentional grassroots communities that break away from the Robber Class institutions to make our families and communities stronger and to weaken the Police State. You can read more about those in my Internet booklet, Myth America. [4]

* Cindy Sheehan is the mother of Spc. Casey Austin Sheehan, who was KIA in Iraq on 04/04/04. She is a co-founder and President of Gold Star Families for Peace and the author of two books: Not One More Mother's Child and Dear Pr
President Bush.