On Monday 1st November, join Trident Ploughshares for the Big Blockade of the Devonport nuclear submarine base in Plymouth, Devon. 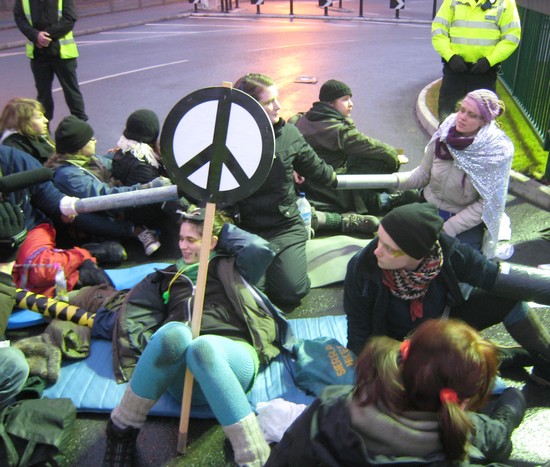 Devonport Dockyard in Plymouth refits, maintains and upgrades the nuclear submarines that carry Trident nuclear missiles, but it is also increasingly becoming the dumping ground for old and out-of-service submarines. Plymouth is being paid for its role in the servicing of Britain’s weapons of mass destruction by becoming the ‘Sellafield of the South West’.

A decade of Trident Ploughshares blockades and disarmament actions have helped build a strong and broad movement against nuclear weapons in Scotland. The Scottish government was elected with a policy of nuclear disarmament. Now it's England’s turn.