Speaking after recent reports that security services had foiled plans to launch “Mumbai-style” terror attacks in UK cities, Massoud Shadjareh, the Chairman of the Islamic Human Rights Commission (IHRC), has called on the media to treat such claims with scepticism.

He called the claims “politically motivated” and warned that they served to “further demonise” a Muslim community that is already suffering hate crimes and feeling marginalised and under siege. 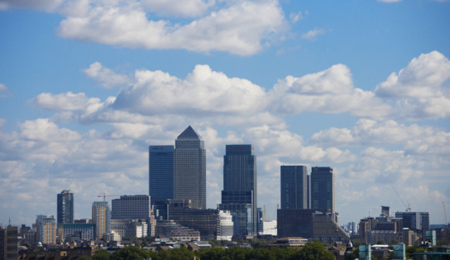 The threat is one of “a succession” of terror operations the country has been dealing with over the past weeks, a government official said, although the UK’s terror alert status has not been raised from “severe”.

The planned attack would have reportedly been similar to the deadly commando-style raids in Mumbai, India, two years ago, with other European cities, in France and Germany, also targeted.

Last night the Eiffel Tower in Paris was evacuated following a bomb threat called in from a telephone booth. It was the second such alert at the monument in two weeks.

One UK government official told the Associated Press (AP) news agency: “There have been a succession of terror operations we’ve been dealing with over recent weeks but one to two that have preoccupied us.

“Still, it hasn’t been to the degree that we have raised the threat level.”

Another British official would not confirm the plot was “al-Qa’ida inspired” but told AP there was an “Islamist connection” and that the plots were in an early stage. No other details were given.

A Home Office spokesman said it was unable to comment on security matters, but confirmed the country’s terror threat was unchanged.

Yesterday French police closed off surroundings to the Eiffel Tower, France’s most visited monument. Officers pulled red-and-white police tape across a bridge leading over the Seine River, and stood guard.

Bomb experts combed through the 324m (1,063ft) tower and found nothing unusual, Paris police headquarters said. Tourists were let back inside about two hours after the structure was emptied.

German officials denied yesterday they had intercepted threats, saying there had been no change to the country’s threat level.

Speaking after recent reports that security services had foiled plans to launch “Mumbai-style” terror attacks in UK cities, Massoud Shadjareh, the Chairman of the Islamic Human Rights Commission (IHRC), has called on the media to treat such claims with scepticism.

He called the claims “politically motivated” and warned that they served to “further demonise” a Muslim community that is already suffering hate crimes and feeling marginalised and under siege.

“The latest claims of ‘Mumbai-style’ attacks having been foiled by US drone strikes in Pakistan need to be treated with a great deal of scepticism. The recent front page stories of an Islamic plot to assassinate the Pope in London, which turned out to be completely baseless, show how easily stories can be created out of nothing. We also have a long series of incidents in which stories apparently originating with the police or security services have turned out to be completely false or grossly exaggerated, from the supposed plot to blow up Old Trafford to the ‘Ricin’ chemical attack plot.

“It is widely recognised that people and organizations of all kinds often have ulterior and self-interested motives for placing and exaggerating certain stories. Sadly, the police, politicians and security services are no exception. The problem with stories like the ones this morning is that there is no-one offering sceptical, balancing counter-arguments, with the result that any claims, however outlandish, are treated as facts.

“But the people who make such claims, and the media sources who uncritically parrot them, have a responsibility for their consequences. We now have a community of nearly 2 million Muslims, including some of the most deprived and needy people in Britain, who feel marginalised and demonised; who are regularly discriminated against and treated with suspicion and contempt because of stories like this.

“The Islamophobia which is being fed by stories such as this is reflected as much in the statements of some MPs, and the columns of some newspapers, as in the thuggery of groups like the English Defence League. The increasing number of hate-crimes against Muslims is a result of this criminalization of the community as a whole.

“Muslims are now suffering a level of persecution comparable to that once suffered by Jews in Europe. We all look back to those days with abhorrence and disbelief at the levels of hatefulness that apparently reasonable people were capable of.

“It would be good if people could recognise the reality of the situation Muslims now face, and act to prevent it getting worse, instead of looking back in regret in a few decades time, when the lives of tens of thousands of people will already have been ruined.”

Creating an “Arc of Crisis”: The Destabilization of the Middle East and Central Asia
The Mumbai Attacks and the “Strategy of Tension”

India’s 9/11. Who is behind the Mumbai attacks?
Washington is Fostering Political Divisions between India and Pakistan