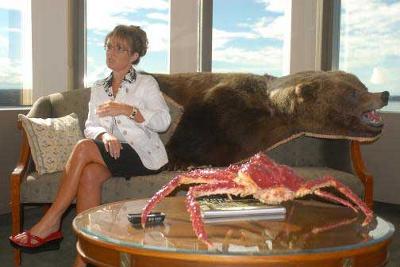 While the UK ended bearbaiting centuries ago, China has reduced
its bear organ farms, S Korea has announced it will as well, Prime
Minister Putin has had press releases about ending bear poaching,
many states have legislated against killing bears, CBS has found
it advantageous to sell the magazine Field and Stream which featured bear slaughter, AP, NY Times
and Miami Herald continue to glorify the killing of bears, and not
just their slaughter, but the most brutal method of slaughter,
by praising
a 17 year old Michigan teen for killing a bear with an arrow