Riots in Amsterdam against the squatting ban 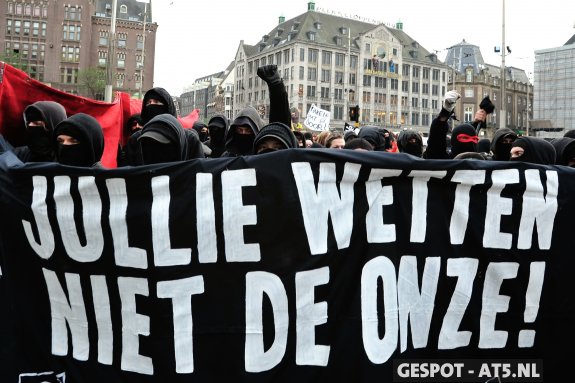 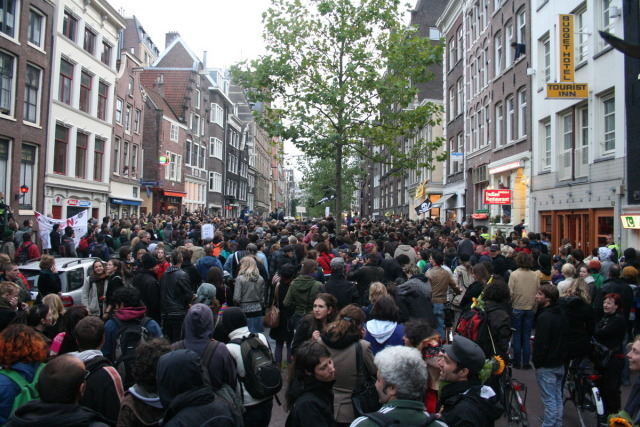 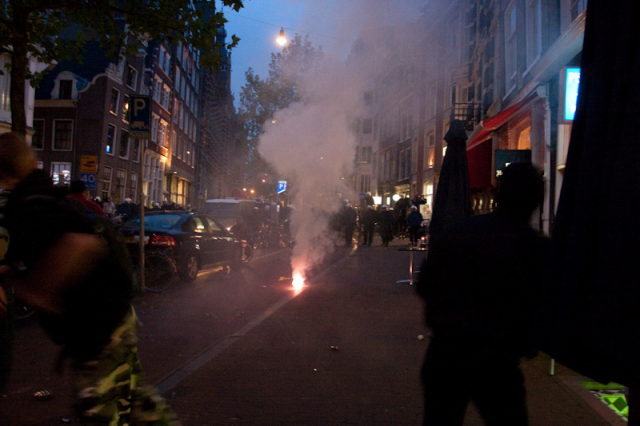 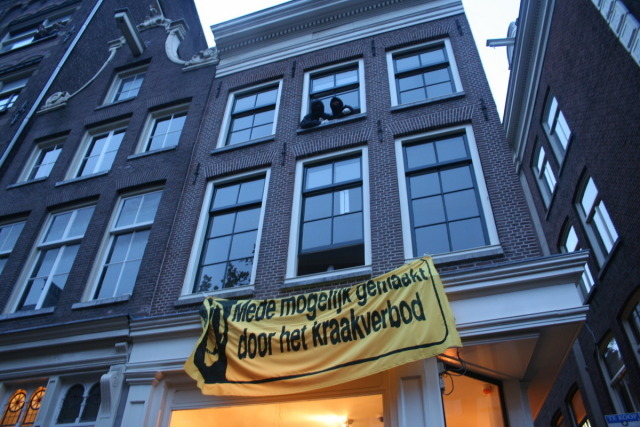 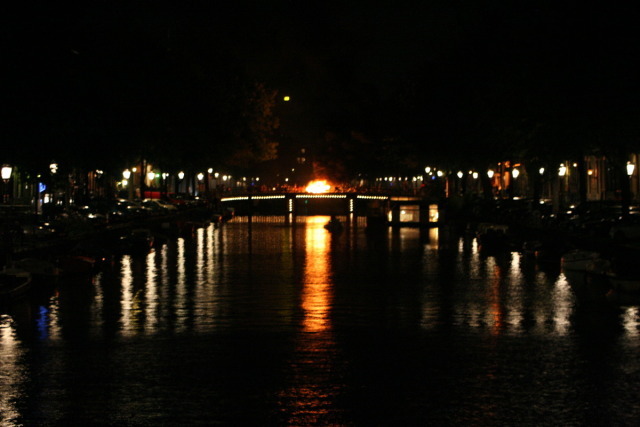 The day started with a mass demo of more than 800 people of all ages and backgrounds protesting through the main streets, a house was squatted along the route to show the powers that be that squatting will continue even with these attempted repression, there was music and food.

Shortly after the mass moved off and was attacked by riot cops, horses also charged from behind and separated the masses. With bricks and sticks peoples moved to the side streets to set up barricades and continued to batter the riot cops who didn't know what hit them. Tear gas was used and groups of undercover and riot cops were held back with bricks as the protesters turned cars and set fire to barricades as they moved off along the canals towards the center, a bank was attacked and shortly after when snatch squads were seen around the area people fell into the shadows ready for another day.

All together 11 confirmed arrests, reported 2 cops and horses injured and several protesters in hospital.

Whatever they say squatting will stay!