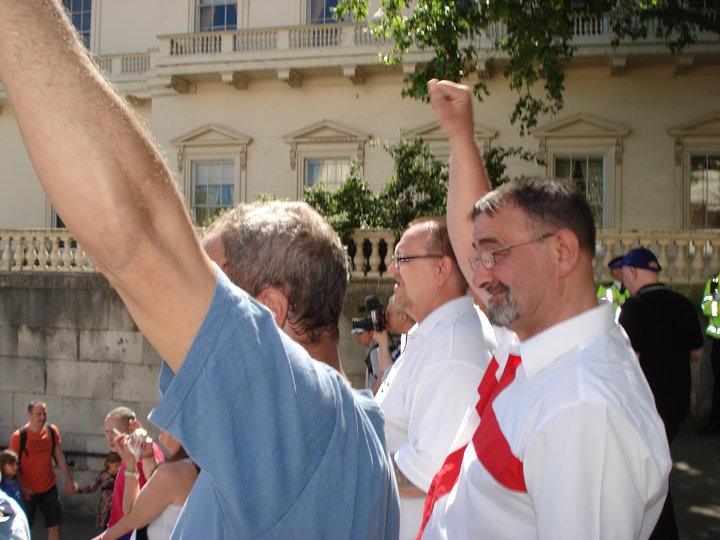 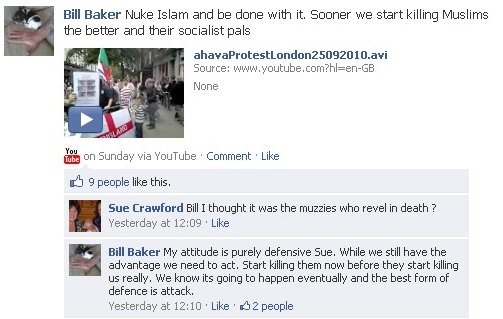 Bill Baker is the notorious racist and Islamophobe from the English Nationlist Alliance. The ENA have links to March For England [MFE] the English Defence League [EDL] and English Shield Wall. He is so Islamophobic and extreme in his views that he has shocked even EDL members which takes some doing considering the racists and extremists among their ranks. The ENA were thoroughly humiliated in at a demo in Brighton where few turned up. Brighton residents chanted at the ENA to go home. ENA members shouted back that they hated Asians.
They are calling for Muslims to be killed and are therefore extreme. Their words are dangerous. Bill Baker might not carry out a killing himself but as leader of the ENA he is most certainly inciting others to kill Muslims. Pictured here are Bill Baker and Roger Firth of the ENA with their arms in the air.