Yesterday a leak on the DECC website revealed that Kirksanton and Braystones - two greenfield sites in West Cumbria earmarked for new nuclear build are - "not suitable." 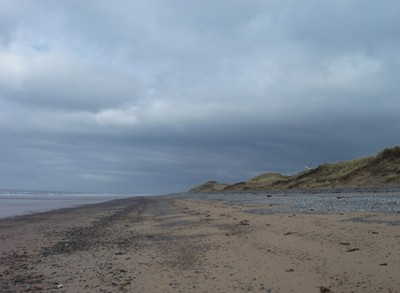 Following the greenfield site nominations all people's energy and outrage has gone into opposing the Kirksanton and Braystones proposals, taking attention away from the extraordinarily flawed reasoning of proposing new nuclear build at Sellafield - in the vicinity of the worlds most ferociously radioactive stockpiles of nuclear waste.

The Lake District National Park Authority and Cumbria County Council are in crazy agreement that Sellafield is now the 'preferred option' for proposed new nuclear build. This follows the shock and awe tactics of industry and our pro nuclear government of including Kirksanton and Braystones in the 'site selection' process.

“We take the view Sellafield is the only site capable of new build and that can be developed by 2025 and that Kirksanton and Braystones will have an unacceptable impact on the national park.”


In 2009 there were two near emergencies (we know about) at Sellafield, and in the Autumn the Nuclear Installations Inspectorate (NII) declared that the risks presented by the site were: “far too high”.

In November 2009 the Government reported drawing up plans for large spending cuts at Sellafield. A loss of fresh water coolant to Sellfield’s highly radioactive inventory of liquid wastes occurred on April 1st 2009 and Friday 22nd January 2010.

An extended loss of coolant to the storage tanks has the potential for a major release of radioactivity. An accident involving such a loss of coolant is designated as the ‘worst credible accident under the Emergency Plans for Sellafield'. This has happened repeatedly in the last couple of years

The Sellafield site is a major accident waiting to happen, and the incompetence shown by both the nuclear management and the politicians holding the purse-strings indicates that NO site in Cumbria would be safe for a new reactor.

Extract and references from:


The Sellafield site has a very poor track record with regard to safety issues. During 2009 serious failures including two emergencies were reported;

Emergency due to Tank Cooling Failure [1], [2],[3]
“Evaporator” – shut-down in an emergency [4]
Serious Problem with “Vitrification” Plant[5]

The seriousness of the failure of Sellafield to resolve the ‘chronic state of near emergency’ at the site, was confirmed by the fact that Sellafield did not even manage to get through the first month of 2010 without experiencing a further emergency situation. Thus on the 28th January the Whitehaven News reported that Sellafield had to:

“act quickly to deal with a potential emergency” [6]