The English Defence League are going to be in London on the 24th October. The details of their demo are on their poster. 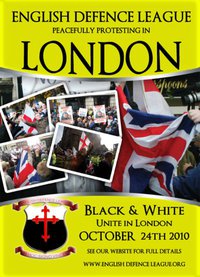 The demo will be held outside the Embassy for Israel [London] on 24th October 2010. The demo is being held in support of Israel. While it may be true that the London EDL are more progressive and less racist than most EDL Divisions it is the support for Israel that will spur many into counter protesting in support of Palestine. The EDL have supported Israel during the mass protests against Israel after the attack on the Flotilla to Gaza.

If Jews have been the majority of Israel's population then why shouldn't they have their own country in the land of Israel?

If you're against the right of Jews to have their own country in Israel then I guess you want an Islamic Arab state instead, but if you look at the other Islamic Arab states you would see that they have laws that are against freedom of religion, like the laws in Saudi Arabia which make proselytizing by non-Muslims is illegal and makes apostasy punishable by the death penalty.

Open your eyes, if you honestly believe that the situation in the land of Palestine and the land of Israel would be better if Israel was replaced by an Islamic Arab state then you are dead wrong. 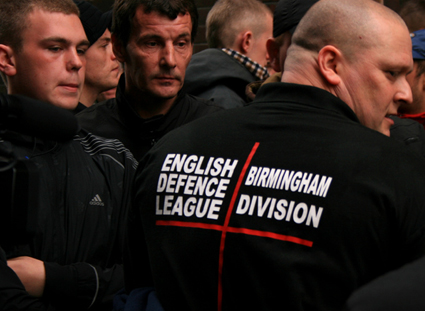 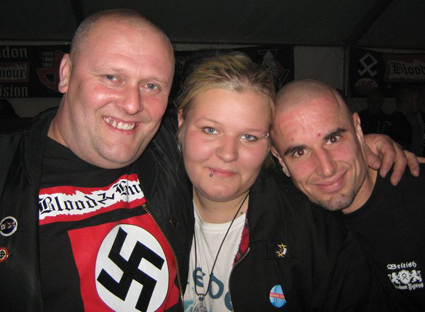 "An American rabbi will join an extreme right-wing anti-Islamic-fundamentalist group in a protest outside the Israeli Embassy in London next week. Nachum Shifren, from California, said he was supporting the EDL because he opposed multiculturalism, and promised to act with full force against shariah law. But his plans have been roundly criticised by Jewish community organisations. The Community Security Trust said that Jews who believed they could shape the EDL, or find shelter in the group, were "UTTERLY DELUDED"...

The EDL are trying to trick British Muslims into displaying banners that support terrorist organisations and which advocate Sharia outsite the Israeli embassy, so the EDL can legitimise the victimisation of British Muslims. When the EDL / SIOE protested against Harrow Mosque, Jewish councillor Jeremy Zeid SUPPORTED Harrow Mosque -

"Leading members of Harrow's Jewish community have joined together to condemn anti-Muslim campaigners who are planning a protest in the borough this weekend. Rabbis Aaron Goldstein, Hillel Athias-Robles, Kathleen Middleton, Frank Dabba Smith, and Michael Hilton have signed a letter offering unequivocal SUPPORT for the borough's Muslim community" - 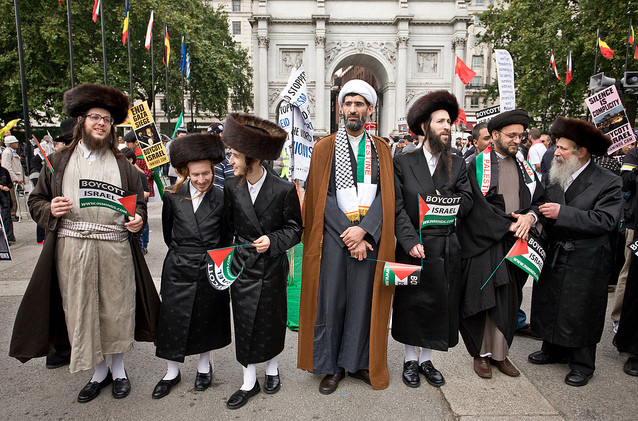 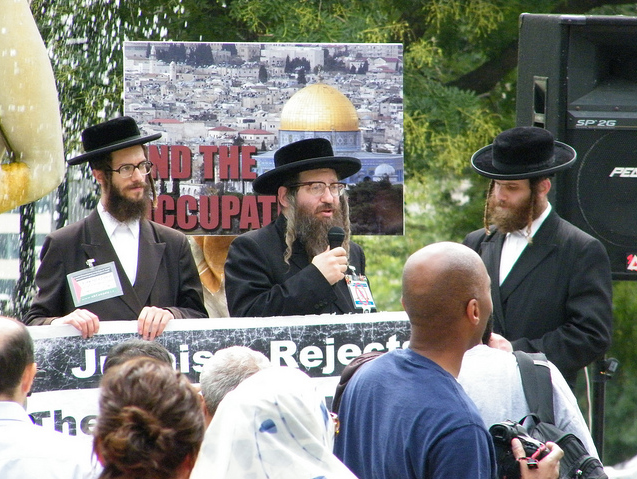 I believe from the time we divided the Jews off land (because It was ours? As if) the muslims made up 2/3 the population and had less than half the land given to them, and since then, populations will have grown and Palestine has been pushed smaller and smaller

A DANGEROUS man who left his victim with a permanent brain injury has been released from jail early and is taking part in EDL protests. Bernard Holmes, 25, formerly of Coleridge Street, Blackburn, was jailed for 2 years and 4 months for causing grievous bodily harm to Shaun Baxendale. Mr Baxendale was left with catastrophic injuries and a change in personality in the unprovoked May 2009 attack.