Free Mohammed Hamid. Paintballing is not a crime!

In 2008 Mohammed Hamid was convicted under the terrorism act having gone on a paintballing holiday which was to be filmed for TV. The police have claimed that paintballing is "terrorist training." The "evidence" provided in court included identical statements word for word given by two people and the police claiming that Mohammed was "holding a stick just like people in Iraq." 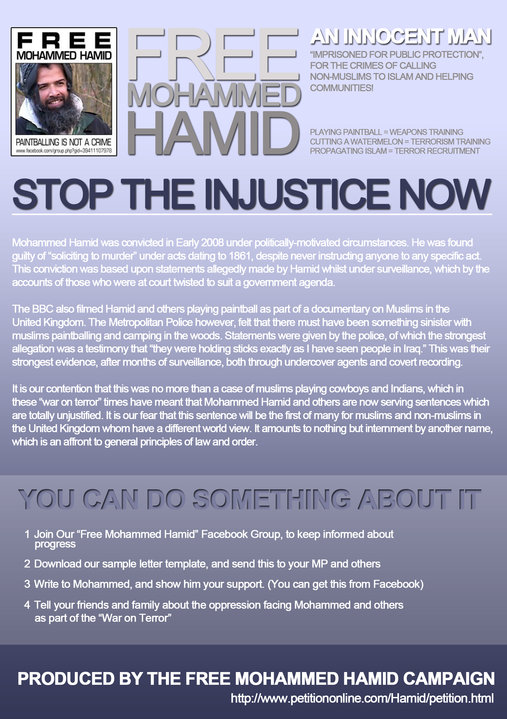 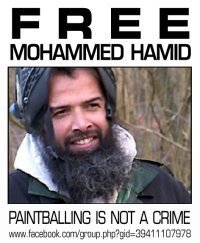 Mohammed Hamid's daughter Yasmin Cass has been holding talks at venues including Passing Clouds to talk about her father and this miscarriage of justice. The family home has been broken into and bugged and Mohammed is currently serving a hefty prison sentence of 7 & a half years [in Long Lartin] for going paintballing and camping. Mohammed also distributed leaflets about 9/11 Truth on a stall at Marble Arch on Oxford Street, central London. Yasmin said during the talk that her family are Westernised and are not Muslim terrorists. Paintballing isn't usually considered a crime, unless one is Muslim.

See Yasmin speaking about her father's case here on youtube :