There was a good turnout - estimated to be between 250 - 300 local people, who assembled to show their outrage against the massive cuts announced today. 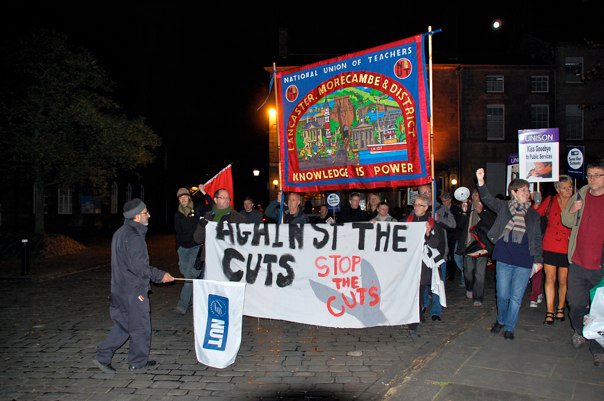 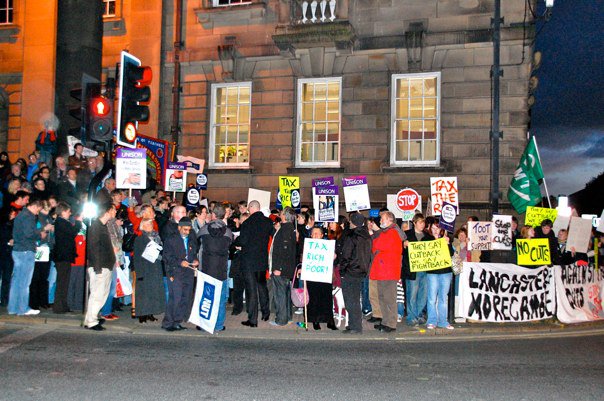 A section of the rally


There was a good turnout - between 250 - 300 local people assembled to show their outrage against the massive cuts announced today.

These cuts will hit the poorest in society who are now being made to pay for an economic crisis caused by the greed of the super-rich and their crazy banking system.

The crowd chanted slogans ('They day cutback, we say fightback!') waved banners and listened to speeches. They then marched briefly around Dalton Square, arriving at a local meeting hall. After the demo, about 40 people remained, to hold a meeting inside the hall to plan further events and actions. More detailed report to follow.