The University of Manchester Students Union has passed a motion to boycott the Royal Bank of Scotland. The motion, passed last Wednesday 20th October, included a resolution to “cease all relationships with the Royal Bank of Scotland” for being in breach of the Union's ethical policy. RBS currently leases branch space from the Oxford Road premises of the Students Union. The boycott will require the company to vacate those premises. RBS will also be barred from any marketing or recruiting opportunities at all Students Union events. 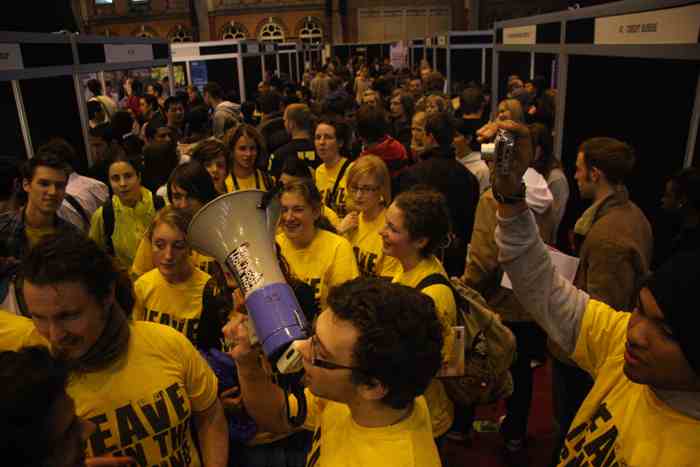 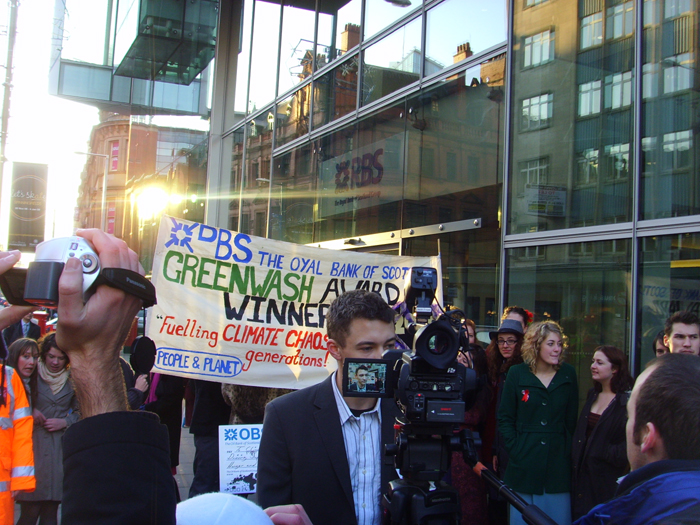 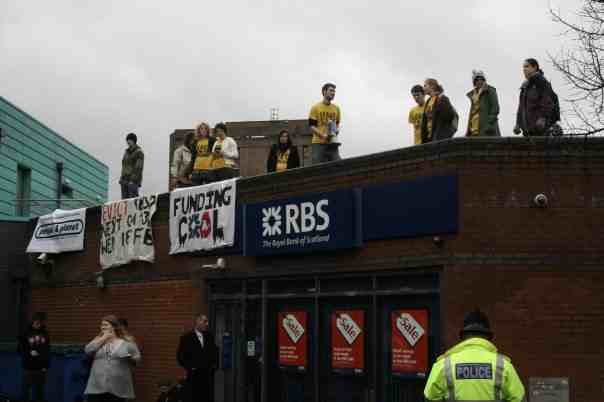 The policy states, amongst other criteria, that the Union shall, “not operate in such a way, or invest in any other company or organisation, that is environmentally damaging, especially exacerbating climate change.”

The boycott has been called in response to RBS' heavy investment in fossil fuel projects such as tar sands and new coal fired power stations. RBS is the seventh largest investor in tar sands extraction in Canada. It has underwritten $8 billion in loans to ConocoPhillips in the last three years, one of the biggest players in the Canadian tar sands. It also took part in providing E.ON with $70 billion at the time it was looking to roll out 17 new coal and gas power plants across Europe.

Last year, RBS provided £117 million worth of loans and equity to Cairn Energy who have recently began drilling off the coast of Greenland. This drilling is particularly controversial because the area has not been exploited for oil before and has only been made possible as climate change has caused icebergs in this region to melt. [1]

Amanda Walters, Campaigns Officer at University of Manchester Students Union said, “RBS is in breach of our ethical and sustainable code. We can no longer have a financial relationship with RBS because they are one of the biggest investors in fossil fuels which worsen peoples lives due to climate change.

Walters continued, “RBS is 84% owned by the UK tax payer. It's outrageous that this public money is being used to destroy our future. Edinburgh University has recently switched to banking with RBS. We encourage them, and all other Students Unions to boycott the Royal Bank of Scotland.”

.....and hosted a mock 'Greenwash Award' show outside their regional headquarters in Deansgate, Manchester.
(

In February 2009, activists occupied the roof of the RBS branch at the University of Manchester Students Union....
(

.........and in August 2010, around 900 people targeted the Royal Bank of Scotland headquarters during the Climate Camp protests in Edinburgh.
(

Toby Brett, from Manchester People & Planet said, “RBS' investments lead to people getting evicted from their homes both in the UK and globally. Students have come together to say that we won't not stand for such actions, which are clearly not in our interests, and so we're evicted them in return.”

An RBS spokesman said, “As a major international bank we provide support for businesses working across many industries and reflect the make up of society and the economy. Just as society as a whole has to make a transition to renewable energy sources so will banks like RBS. In fact in recent years RBS has been one of the most active banks in the world in providing funding for renewable energy projects so we are at the forefront of helping finance the transition."

Other motions passed at the meeting included campaigning against Higher Education cuts, including a clause to support lecturers if they take strike action. The Union also renewed its twinning with Al Najah University in the West Bank, Palestine. This had been a cause great debate when originally passed in November 2007 .
(

The Union also backed a Unite against Fascism demo in London on 6th November in London.

Jeremy Buck, UMSU Communications Officer said, "The policies passed show that our students are compassionate, ethically minded, strong campaigners and want the best for the student movement, and finally we have it written into official Union policy."