British mercenaries not welcome in Switzerland

The British private military company AEGIS Defence Services has silently relocated its headquarters to the Swiss border city of Basel. In theoretically 'neutral' Switzerland, however, the company's arrival has sparked controversy and opposition. 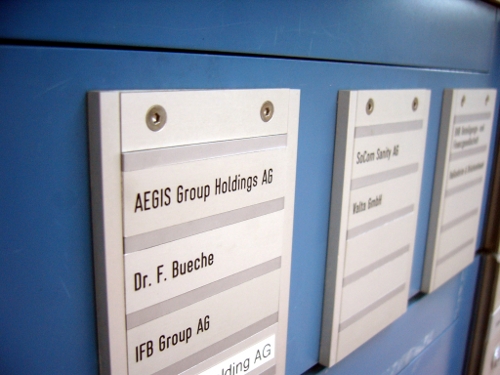 AEGIS - Yet another letterbox company in Switzerland 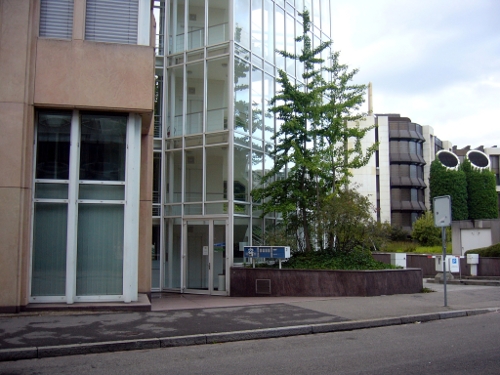 AEGIS headquarters in Basel - quite empty

Recently AEGIS Defence Services Ltd. has transformed into AEGIS Group Holdings AG. Already in March, AEGIS had registered a holding company in the city of Basel in north-west Switzerland. The holding company has now taken over the British firm and its former owners have swapped their shares. The conversion effectively moves the security company's headquarters from London to Basel.

AEGIS is one of the world's biggest mercenary firms. It describes itself as a "security and risk management company". Its services include among others risk assessment, operational coordination and physical security services in conflict zones like Iraq and Afghanistan. AEGIS doesn't publish business reports. However, AEGIS' turnover for 2009 is reported to be at 240 million dollars, an estimated three-quarters of which was generated in Iraq.

Only two years after its establishment, and without any experience in the Middle East, the company in 2004 was awarded the largest Pentagon contract in Iraq at that time, worth at least 430 million dollars over four years. Ever since, AEGIS's yearly turnovers have steadily grown.

Iraq has been a good business location for private military companies (PMCs). In 2006, the 7.500 to 8.000 British soldiers in Iraq where outnumbered by 21.000 British private security guards. In the second quarter of 2010, the U.S. Department of Defence alone employed 11,600 private security contractors in Iraq.

Among other things, Sandline played a key role in the “Arms-to-Africa Affair” in 1998. The company shipped 35 tons of AK-47 rifles to Sierra Leone, supporting a counter-coup against the military junta which had overthrown the democratically-elected government led by President Ahmad Tejan Kabbah. The arms shipment violated a UN arms embargo. Spicer claimed not to have known about the illegality of the arms supply, arguing the British government had been informed about the operation.

The London-based public relations company SPA Way, which serves as AEGIS's PR office, explained the company's relocation with Basel's geographic location and Switzerland's accounting transparency and stable system of taxation. Also, the closeness to international organisations such as the International Committee of the Red Cross (ICRC) is described as a decisive factor.

In a widely discussed pamphlet published in 2006, AEGIS's chief analyst Dominick Donald proposed new roles for PMCs "as direct providers of humanitarian and development assistance; and as co-ordinators of its delivery." In light of the presence of numerous big international NGOs, humanitarian forums and conferences, Switzerland may soon see increased lobbying activities by AEGIS.

In Switzerland, reports about AEGIS's arrival have sparked heavy debates. Josef Lang, spokesperson of the Swiss pacifist Group for Switzerland without an Army (GSoA), doubts the motivations voiced by the military company. "Low taxes in Switzerland surely have played a role in the relocation of its headquarters. Other reasons may be more important though: Basel is an international city hosting companies and organisations linked to warfare around the world. Even more importantly, a military firm registered in Switzerland can solicit business with labels such as 'neutrality' and 'seriousness', attributes typically associated with Switzerland."

Jürg Stöcklin, president of Basel's Green Party also points at AEGIS trying to profit from Switzerland's image by boosting its own reputation. "Even though the company claims to keep its operational activity outside the country, AEGIS's presence constitutes a problem for Switzerland's international reputation and credibility," he says. He adds that in war or war-like situations, "bureaucratic work is as bad as operative activities."

Activists of the anti-war group GSOA have taken their protest to AEGIS' physical address in Basel, staging a die-in action. The group criticizes that Swiss policy has remained powerless in face of AEGIS' move to city bordering the Rhine river. Indeed, AEGIS' relocation has caught Switzerland on the wrong foot. There's no national law regulating the security business. In 2008, the Federal Council refused to create a federal legislation dealing with the admission of private military or security companies. It argued that Switzerland was not an attractive location for such firms.

With a sense of urgency, Basel's Green Party as well as the GSoA have now reacted to the legal loophole. Josef Lang is also a member of parliament and part of its Foreign Policy Commission. On the national level, he has filed a motion aiming at the establishment of a legal frame for the registration and licensing of private security companies. Further, Lang's motion demands a national ban of private armies. He says mercenary armies have no place in Switzerland.

In Basel, the Green Party is trying to push the cantonal government to file an initiative to the national parliament. But the party's president Stöcklin says: "On the cantonal level, our legal options are very limited." He says there has to be a solution at the national level.

Both politicians are optimistic about the creation of a national legal frame regulating the private security business. However, they are sceptical about the fate of their second demand, the ban of private armies. "It's going to be highly controversial," Stöcklin says. Meanwhile, Josef Lang argues that among the public, the demand for such a ban is very popular. Peeking at the other end of the political spectrum, he adds that among right-wing politicians also there are heavy concerns related to Switzerland's neutrality.

Meanwhile, Swiss Federal Councillor Eveline Widmer-Schlumpf has acknowledged the need for national regulation. Technically, she said, neither Switzerland's neutrality nor the law forbidding mercenary services are violated by the presence of a company like AEGIS. The firm's operational activities remain subjected to British law as long as the holding in Basel remains a letterbox company. Widmer-Schlumpf raised her concerns though that the presence of internationally operating military or security companies in Switzerland could have negative consequences on the country's foreign policy and humanitarian engagement.

This article was first published in the Swedish weekly Arbetaren.