Three activists were arrested today outside a Cambridge Vodafone store during a peaceful protest against Vodafone's £6bn tax exemption. The arrests were made at approximately 3.00pm this afternoon, as activists leafleting outside Vodafone's central store in the Grand Arcade shopping centre were harassed by security guards and police officers. 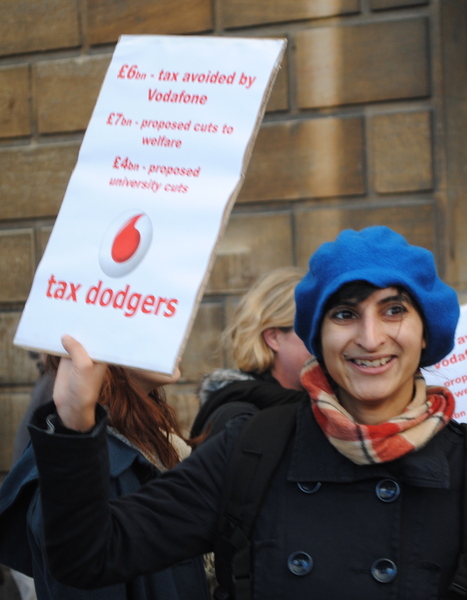 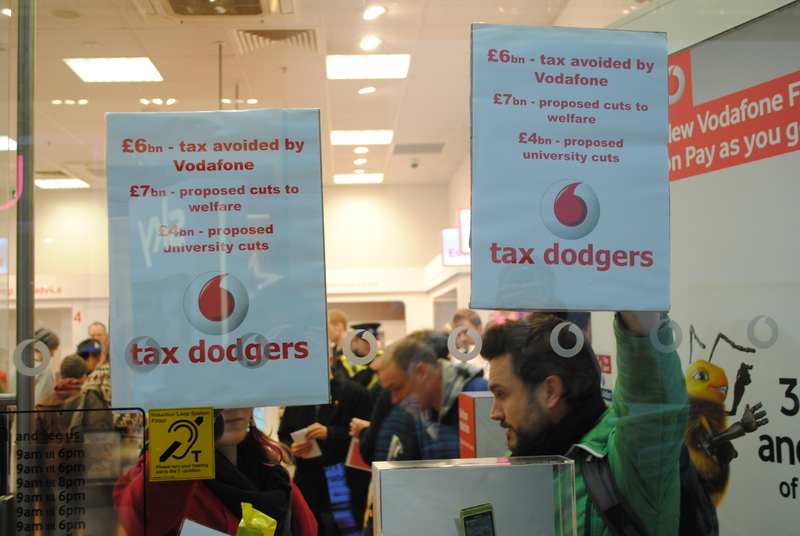 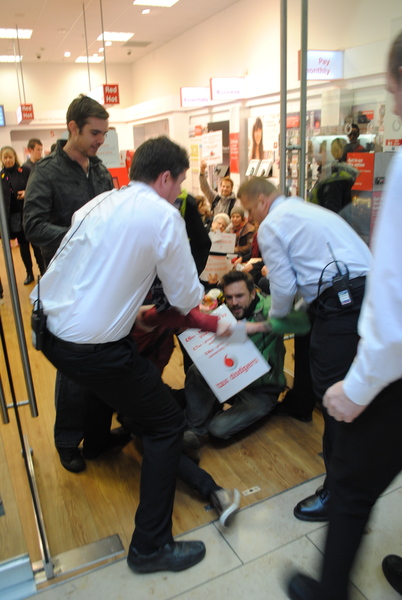 Protesters are dragged out of the store

At 2.00pm on Saturday 6th November, approximately 35 activists from the Cambridge Action Network (CAN) converged on the Vodafone outlet in the Grand Arcade shopping centre, effectively closing it to customers for over an hour. The protesters, holding banners and placards reading “Vodafone – Tax Dodgers” and chanting “Vodafone pay your taxes”, distributed hundreds of leaflets to sympathetic shoppers.

In a departure from similar protests called across the country today by UK Uncut, Cambridge activists targeted a Vodafone store inside the privately owned Grand Arcade shopping centre. Consequently, despite the wholly non-confrontational and peaceful attitude maintained by protesters, private security guards and police officers quickly descended on the protest, demanding that activists leave or face arrest for trespass. The gathering crowd looked on powerless as protesters, selected apparently at random from the group, were arrested and dragged forcibly from the shopping centre. One horrified shopper asked “Why have they arrested these people?”

The protest, along with other protests around the country today, aimed at highlighting the hypocrisy of the coalition government, which is cutting corporate tax at the same time as announcing huge spending cuts across the public sector.

Photos were taken by Miriam Sherwood.