In 2011 there will be the 10-yearly compulsory national census that records a wide range of information on every person in every household in the United Kingdom. 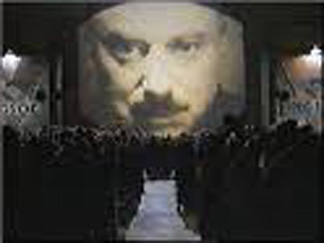 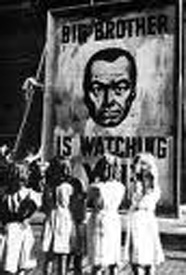 I wonder how many readers know that the contract to gather the data for this census has been won by the Lockheed Martin Corporation of Maryland, USA, who also helped with the 2001 census. Lockheed Martin are the world’s second largest weapons manufacturer, they make trident nuclear missiles, and they own a one third share of Britain’s Aldermaston Nuclear weapons factory (AWE) where they are helping to develop the next generation of Britain’s nuclear deterrence. Currently, the greatest area of growth for Lockheed Martin is in ‘Intelligence and Surveillance’, and as part of this work the company have been moving into data collection. Their Vice-President (Lorraine Martin) is on record as saying “We want to know what’s going on anytime, any place on the planet”.
Neither the British nor US governments’ will make clear whether information gathered by the census falls under the American Patriot Act if gathered in part by a US-owned company, i.e. even though it is clear that US companies are legally obliged to pass on to their government any data held by them. Additionally, all information outsourced to the USA may be made widely available in that country, not only for law enforcement purposes, but also to private entities. So we have no legal precedence as to whether, under the pretext of national security, this census information can be acquired by the US government. The UK Office of National Statistics claims that our data will be safe but the UK government has demonstrated on several occasions that it cannot be trusted with managing digital data containing personal records.
The data gathered by the ten-yearly census is easily the most the comprehensive data set in the UK, and it is used extensively for various socio-economic purposes. Following the 2001 census 6% of households in the UK failed to comply with submitting their household information. This means that about three million people were ‘uncounted’. An investigation into this established that the largest group of people who did not comply was minority Muslims. These were people who mistrust the state, especially America – its government and corporations. Having Lockheed Martin gather census information is hardly likely to encourage compliance and this will result in increasingly unreliable census data. And one wonders whether the US would be happy for a British weapons manufacturer and surveillance company to be collecting their census data!
By contracting Lockheed Martin to do this work, what was a perfectly respectable and useful socio-economic activity may now be perceived as part of the security world of intelligence and surveillance. There will be a range of ethical reasons as to why people may not wish to comply. Given that there is a strong movement in the UK for investing in ethical companies, and that many people here will not wish to boost the profits of a weapon’s manufacturing company through participating in this business venture, I would hope that we in the social science community will give support to people who do not wish to comply with the 2011 UK national census, and that we will campaign to get this contract terminated in the future.