Call for Action: Stop the repression on Saharawi people

By filling this form you will send an e-mail to your country's representatives in the European Parliament in your own language. Please, write with respect and clarity. The aim of this utility is to allow you to reach every MEP with a unique message written by yourself (i.e. not using "copy&paste"): 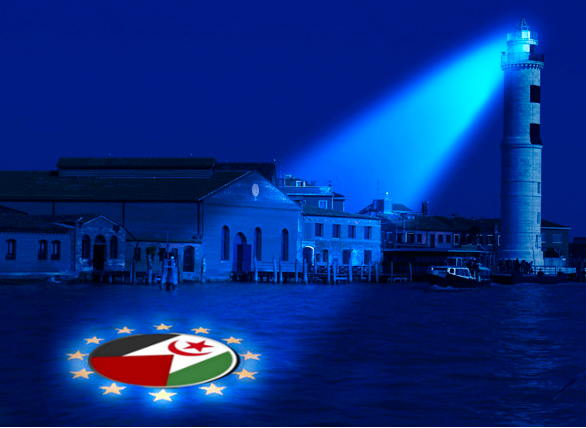 As you know, Morocco's army recently violently dismantled the Sahrawi protest camp "Agdaym Izik". Many of the people who were there have fled into the desert and most have returned to the city of El Aaiún (Laayoune, capital of Western Sahara).

The Saharawi population is being chased by gangs of armed settlers encouraged by the Moroccan government and by the occupying army. We are launching a campaign to pressure the European Parliament to stand up to its responsibility and make a stand, thus trying to stop human rights violations in Western Sahara.

The campaign consists of sending a letter to MEPs, encouraged by the dissemination of a very simple form, which can easily be integrated into any website or blog, and that allows one to send one email per person, being able to choose your own language:

To participate in the campaign you have to do two things:

1) Send your own personal email asking the representatives of your country in the European Parliament to act.

2) Spread the form to the media and other blogs and web pages. The more it is replicated, the more people will see it and participate.

The aim of this campaign is that every person sends a personal email, not "copying and pasting" texts, but in their own words (much more effective than receiving the same text 100 times). Multiply that by the number of MEPs of each country, and they will receive hundreds of thousands of emails. We believe that given this amount of popular and media pressure, the European Parliament will be forced to act and help stop the repression.

Help us stop this barbarism. Fill in the form, place it on your website or blog, and spread the word.