How to create your very own terrorist state

Tim Coles takes us through 11 steps necessary to create a “terrorist state”. Using Yemen as a case study, he argues that these steps precisely match US and British policies in Iraq, Afghanistan, Pakistan, Iran as well as Yemen to grow “very poisonous seeds”, some which have ripened while others are ripening. So, you want to create your own terrorist state, do you? Follow these simple instructions and you will be able to grow “very poisonous seeds. These seeds are growing now. Some have ripened and others are ripening,” as Eqbal Ahmad explained. In 2002, the Bush administration’s National Security Strategy (NSS) made it clear that America, with Britain’s help, intends to increase terrorism by chasing terrorists around the world instead of capturing them, or, better still, addressing their grievances – this is the real world, after all, which is dominated by financial interests, so there’s no time for rational solutions here. 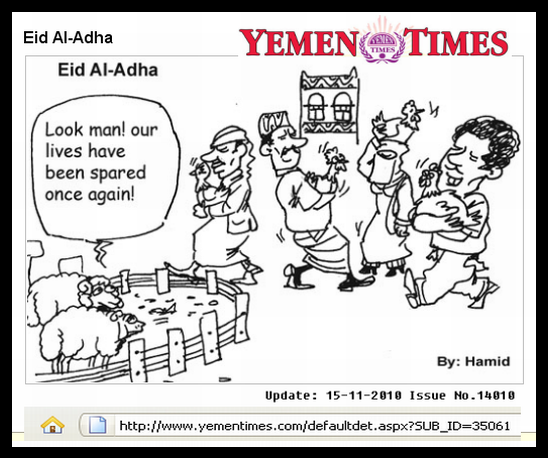 The NSS reads: “The United States and countries cooperating with us must not allow the terrorists to develop new home bases. Together, we will seek to deny them sanctuary at every turn.”

The policy of giving terrorists no “haven”, rather than working to end terrorism, gives the US and Britain the excuse to “fight and decisively win multiple, simultaneous major theatre wars” by chasing terrorists around the globe and, more worryingly, to actually cause terrorism.

When terrorism occurs, Britain and America then have the perfect excuse to invade, isolate, impose sanctions on and/or corrupt the given country, as we see in Pakistan, Iran and elsewhere. Under Obama, this horrendous pretext to achieve “full spectrum dominance” was expanded.

So, here is how to create your own terrorist State, using Yemen as an example. This will come in handy as a pretext to invade or impose sanctions on the country of your choosing later on as a continuation of your plans for “full spectrum dominance”.

Make sure you have a media and an education system sophisticated enough to omit what your country does to others, but emphasize what other countries do to you.

This will enable your domestic population to hate the people of the other country, allowing you to pursue your agenda without the risk of being overthrown by your own population. In 2002-03, unprecedented numbers of protestors demonstrated in London against the Iraq war. This could be dangerous for future wars because the public might one day try to overthrow you. Therefore, domestic subversion is also a good tactic if you can do it.

Step 2: Select a country that has suffered under your colonial rule in the past. Aden, now Yemen, was occupied by the British in 1839. In 1947, the Amir of Dhala’s son, Haidan, led an uprising which was crushed with overwhelming firepower from Britain’s Royal Air Force. In a study for the RAND Corporation, Bruce Hoffman explained:
“No sooner than the threat from Haidan been neutralized than trouble erupted from another tribe, in the nearby village of Al Husein... Once again punishment was applied from the air. Four Mosquitoes and three Tempests from No. 8 Squadron were ordered to destroy the village. The rocket and cannon air strike, the after-action report stated, “was most impressive and awe-inspiring, and the attack undoubtedly made an impression not easily forgotten.”
Step 3:
Make sure that your selected country has a neighbour across the sea, or on its border, which has also suffered under your colonial rule. You will need to do this for Step 7 later on. In 1925, the colonial administrator, Douglas Jardine, not to be confused with the cricketer, explained the geostrategic importance of Aden and British Somaliland, now Somalia:
“Berbera, the capital [of Somaliland], is but 160 miles across the Gulf from Aden, and is, therefore, but 12 days distance from London and six from Bombay. It cannot be said that this proximity to our main imperial trade route has been of much benefit to the protectorate in the past; but it might prove at any time to be of incalculable value.”
Indeed, it turned out “to be of incalculable value”. Another colonialist, H.B. Kittermaster, explained: “The dry coastal climate makes the [Somaliland] Protectorate as good as Aden for the production of salt. This is already being done in a primitive way by the natives, and negotiations are now in progress with a British syndicate to develop the industry scientifically.”
Today, the countries are more generally used along the oil trading routes. .......... Step 4 to 10 ... M O R E:

http://uprootedpalestinians.blogspot.com/2010/11/how-to-create-terrorist-state-in-11.html ............. Step 11: Now sit back and wait for the country to boil over into extreme violence, making sure you poke the bear with sticks, such as increased drone attacks and security raids by the puppet government being armed and trained by your own.

After a few years, you will have yourself a nice terrorist state. Later, academics can refer to the country as a “failed state”, perhaps even invoking your “Responsibility to Protect” (R2P), omitting, of course, exactly why it has become a “failed state” and why one needs to exercise R2P. While your domestic population assumes that you are either incompetent or out there to combat terrorism, you can secure energy routes or raw resources. As Liam Fox, the defence secretary of the 2010 Liberal Democrat-Conservative “coalition” government, explained:

“In the years ahead energy security, economic security and national security will be inextricably linked. If we want to ensure that we can keep the lights on in Britain then we need to develop a comprehensive energy strategy. It is simply a matter of risk management. Such a strategy will need to have three components: diversity in the type of fuels we use; diversity in the geographical sources of those fuels; and the security structures that will guarantee the safe transport of these fuels.”
Posted by uprooted Palestinian ......