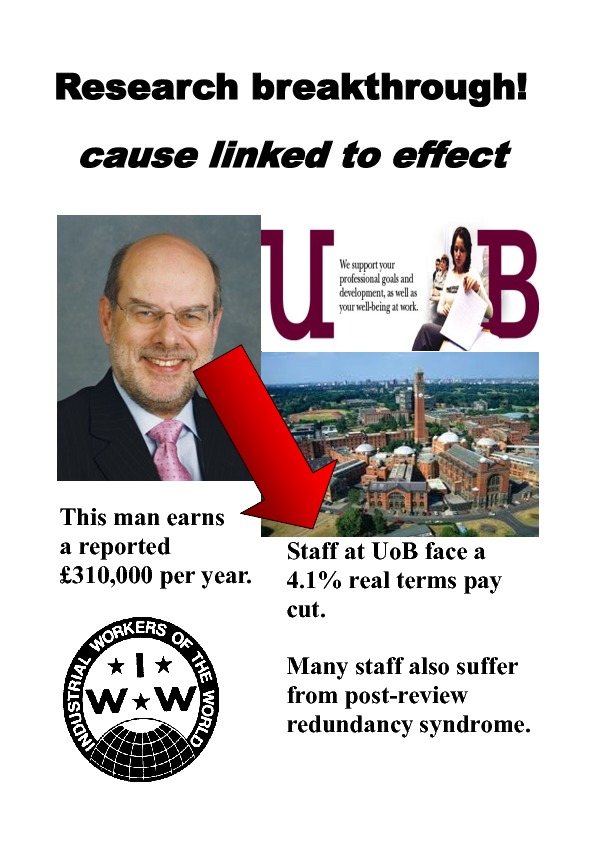 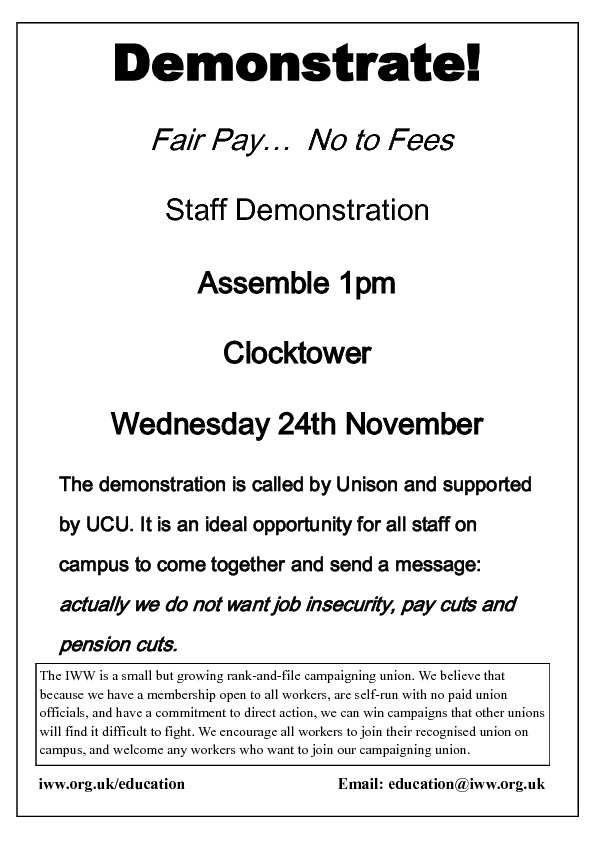 We encourage all education workers, students (including high school and sixth formers), and supporters to come and join the protest at the University of Birmingham tomorrow.

David Eastwood, the VC of the University of Birmingham, was involved in the Browne Review of Higher Education, which has precipitated the latest attack on affordable and accessible education for all. Lets let him know what we think.

The protest is called by UNISON and supported by UCU and IWW .