Students of Royal Holloway, University of London are staging a sit-in protest in response to the coming cuts to university funding that they are facing. 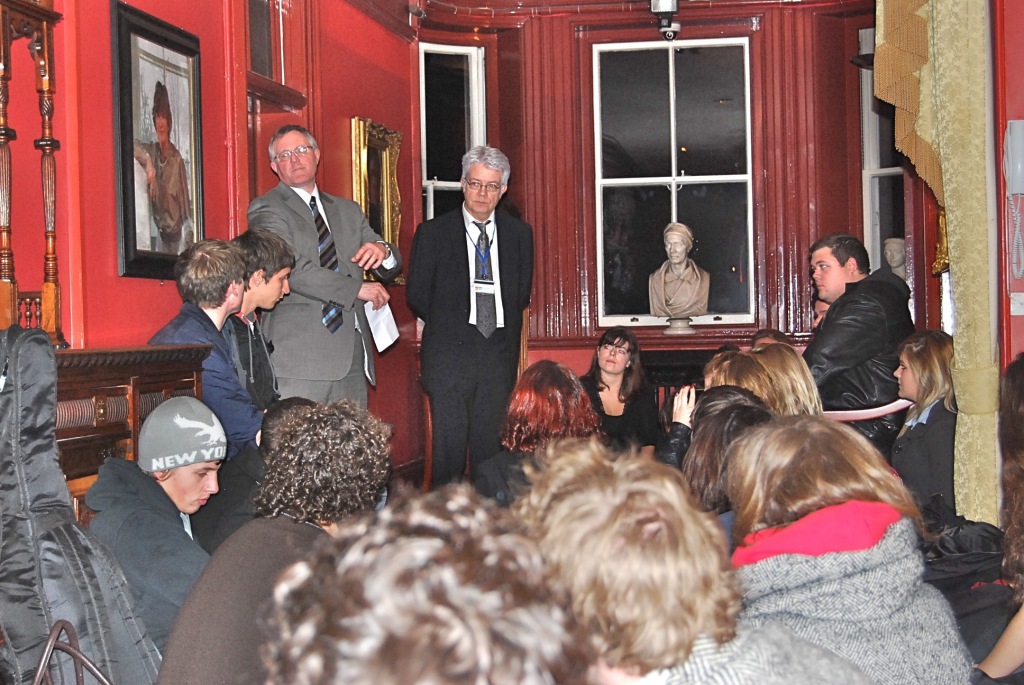 The protest, organised by the Royal Holloway Anti Cuts Alliance1, is taking place outside the picture gallery of the university and is part of the National Day of Action that is being held on Wednesday as a follow up to the recent demonstration in London organised by the NUS and UCU.
The protesters plan to get the management of RHUL to agree to take a stance against the cuts. Their demands include that the management agree to speak out against the cuts and tuition fees. They also ask that the they consult the student body before any future decisions to cut services.
“The wave of sit-in protests that are sweeping the country are a sign of how angry and upset students are, and how the demonstration on the 11th was not the end of the story.” said Rustam Majainah, speaking on behalf of the Royal Holloway Anti Cuts Alliance. “We at Royal Holloway would like full transparency and consultation before any decision to implement cuts in the future are taken. Among other demands, we also want guarantees that female staff are not effected disproportionately by the cuts and that there should be a public review of all salaries over £100,000 paid to university staff.”
An open door policy is operating during the sit-in, allowing any students or staff wishing to join in the protest to do so, and have issued letters2 to those inside inviting them to take part in the protest and letting them know that they can enter and leave whenever they wish to. The students also plan on having discussions about their dissertations, talks from lecturers and watching films to make the most of their time during the protest.

Notes to editors:
The Royal Holloway Anti Cuts Alliance is a group of students, lecturers, support and administrative staff, and the local community, who have organised to oppose and resist the governmental cuts on education and the public sector. For more information see rhacc.wordpress.com