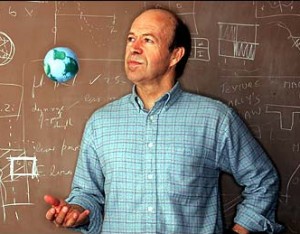 The result was a dramatic combination of courtroom drama and complex university lecture. The jury heard Hansen give detailed explanations, assisted by colourful graphs, of the seriousness of human-induced climate change, including the ‘dead certainty’ of sea level rise by 12 metres this century.

Hansen explained that individual efforts to reduce carbon footprints would at best only delay the inevitable. Phasing out coal completely, on the other hand, would solve 80% of the problem: “We need to leave it in the ground!” When commenting on the motives for the defendants, James Hansen said that, “It doesn’t surprise me that young people are angry when they know that politicians are lying to them.”

When challenged by the judge as to the measurable effects of the defendants’ proposed action, Hansen noted they the action could have prevented one, if not more, species from becoming extinct. On average, Hansen elaborated, a coal-fired power station of Ratcliffe’s size is responsible for the extinction of 400 species in its 50 year lifetime.

Court continues tomorrow at 10am, with more defendants being called to give evidence.

More from James Hansen on his web site: