The Independent Police Complaints Commission has announced that PC Simon Harwood, the officer caught on video assaulting Ian Tomlinson shortly before his death, faces internal disciplinary proceedings for gross misconduct and could face dismissal without notice. 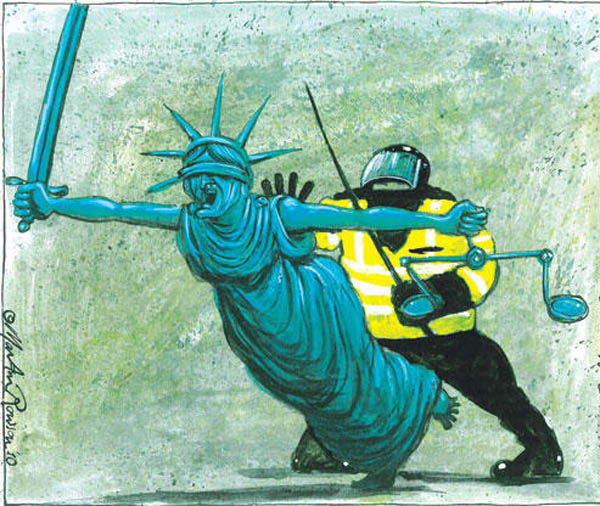 Julia Tomlinson, widow of Ian Tomlinson, spoke on behalf of her family today to say:

“We cautiously welcome the fact that Deborah Glass from the IPCC has said that “there has been an overwhelming public feeling that the officer seen to strike Ian Tomlinson should be held accountable for his actions”.

However, the possibility Harwood might lose his job is not the genuine accountability that our family have waited so long for. Whilst we believe that any disciplinary hearings must be held in public, we have already been badly let down by the Crown Prosecution Service and have real worries that these misconduct proceedings will lead to yet another whitewash. We are also gravely concerned that holding hearings before the inquest takes place may prejudice its outcome and further undermine the possibility of the kind of justice that overwhelming public feeling demands.”