One of Oxford University's most emblematic buildings, the Radcliffe Camera library, was occupied for around 30 hours last week by students and residents campaigning against education cuts.

The occupation followed a mass demo and was part of a national day of action. The occupiers demanded the University oppose the cuts, and commit not to raise fees, privatise or punish those involved. They called for free and public education for all, and put this into practice by holding teach-ins, mass meetings and dancing in the newly liberated space, while the upstairs room was reserved for quiet study.

Perhaps unsurprisingly, the authorities stopped this 'Free University' from thriving by doing their best to prevent people coming in, and, after the occupiers refused to compromise on their demands, by smashing their way in and aggressively evicting everyone. 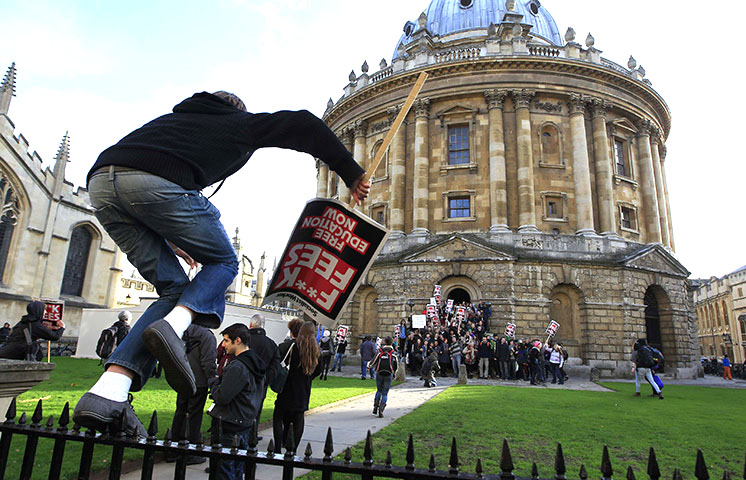