Yesterday’s student demonstration in London ended in a mass arrest of 144 people, being described by protesters and legal groups as an exercise in information gathering by Metropolitan Police.

After being surrounded by moving ‘kettles’ throughout the day, Police forced protesters back to Trafalgar square where at 6.20pm a Kettle was formed around the remaining people followed by their mass arrest for breach of the peace.

Ashley, who was inside the demo last night, said “The police took me from the kettle with another person to be searched and questioned in front of cameras. They told us that if we gave our details we would be released but after giving my name, address and date of birth I was arrested.” 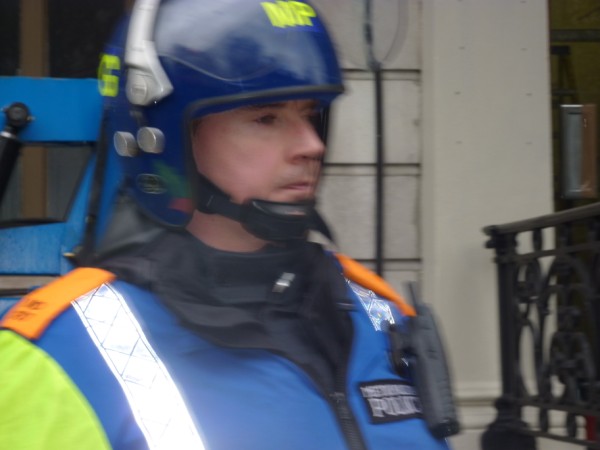 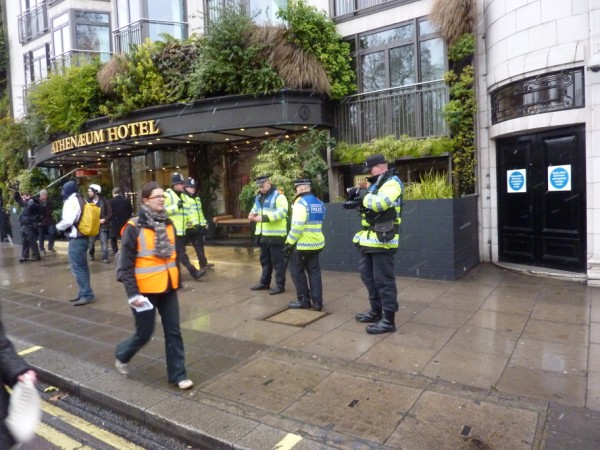 She added, “These arrests are nonsense. It was just an excuse for the Met to find out my name, take my figure prints and look at my phone to see how these demos are organised.”

Another protester, who’s friend was trapped in the kettle in the snow for three hours before being arrested, said “I think what’s confusing the cops is how this is organised. They can’t seem to work out how these protests are happening and how to stop them and that’s why they feel the need to collect as much information on everyone as they can”

Green and Black Cross legal group supporting the demonstrations on the day report many incidents of undercover police officers, members of the Forward Intelligence Team (FIT), mixing with protestors in order to gain information. One member of the group reports seeing undercover police bringing out batons after protestors in Lewisham on Monday night attempted to enter the town hall during a council meeting on budget cuts.

Shane from Green and Black Cross said, “What we are noticing is a huge concentration of police resources being put into information gathering, especially around the student demos this month. The concern for us is that students, particularly school or college students, aren’t aware of this tactic and make it easy for the Police to monitor them by talking about everything they did or saw at the protests on Facebook.”

Green and Black Cross will continue to support the movement against the cuts in the aftermath of last night and for future protests.

Clarification from FITWatch:
Forward Intelligence Team cops are not undercover cops – their whole remit is to provide overt surveillance. However, whereas previously they were easy to spot – often sporting a blue flash on their uniforms reminiscent of community support plods,due to adverse publicity, they are now trying to hide more and are wearing normal high vis uniforms on demos.

However, there are undoubtedly many undercover cops who are also in the crowd gathering intelligence – but there is a clear distinction.

there were at least 6 plain clothes coppers at the lewisham town hall seige. They all identified themeselves as police and indeed engaged in overt police activities (although one was mistaken for a protestor and was set upon and shoved in with us during the scuffles inside the building).

It's difficult to know what they were doing there. They all left (in unmarked police cars) as soon as riot police reinforcements came, perhaps they just happened to be closest in the area when it kicked off, and were the first to respond to a call of mass disturbence at the town hall.

Either way in terms of protestors FIT are the problem that needs resolving. A comprehensive and collective strategy is needed especailly as things start to escalate

Watching the bad ones

in Manchester plain clothes were working closely with Evidence Gatherers in uniform. they woudl occasionally inform EG's on which students to focus on and who to film. they would also advice snatch squads on who to arrest. one was in contact with the commanding officer via mobile phone reporting on demo events and getting directions.