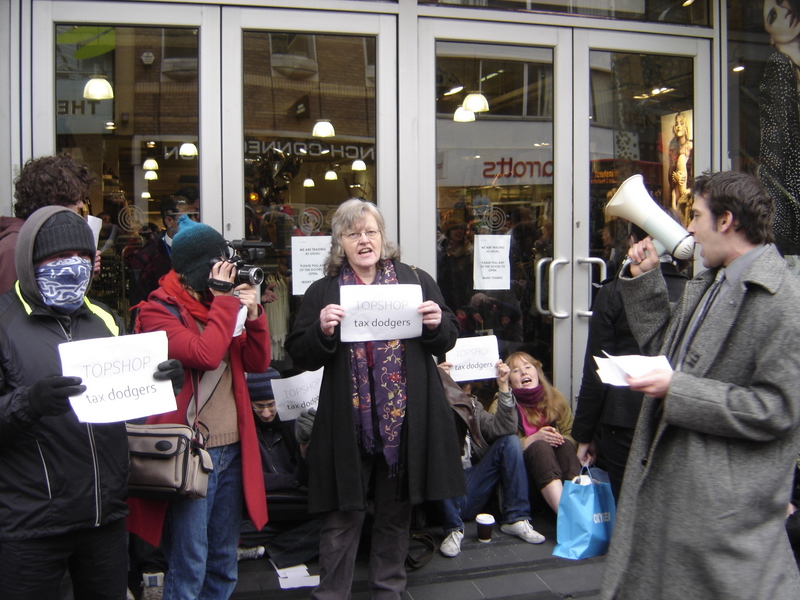 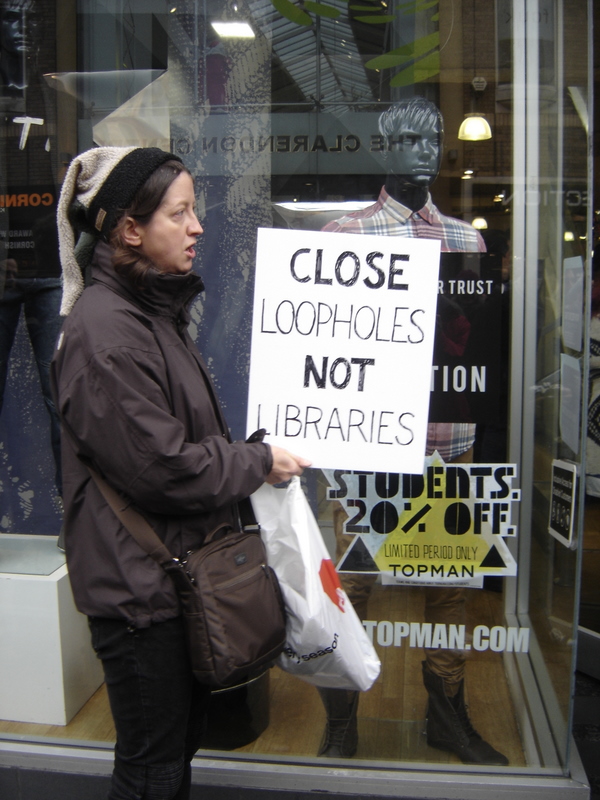 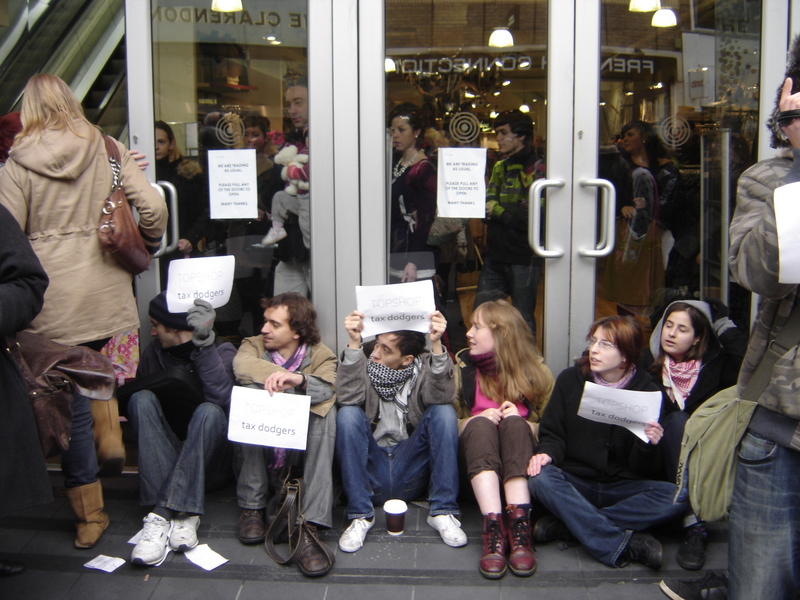 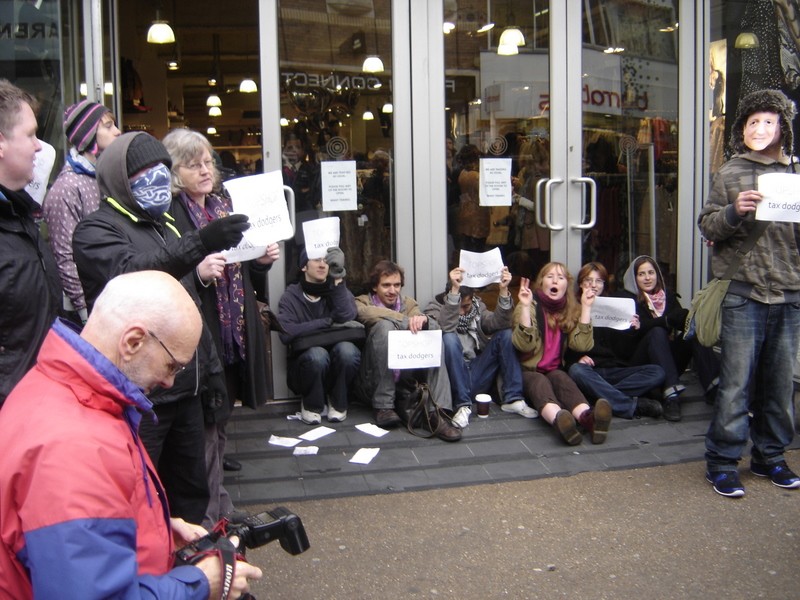 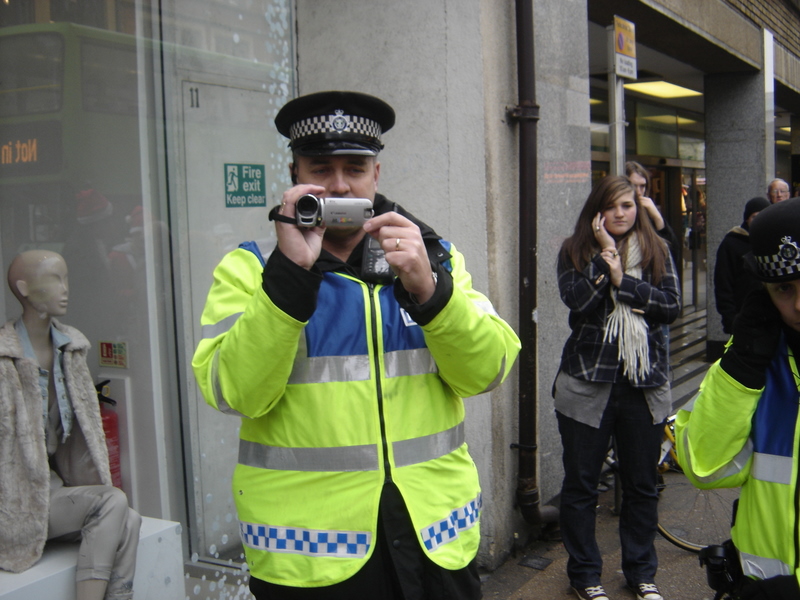 At around 1PM this afternoon, activists from the anti-cuts group UK Uncut blockaded the entrance to Top Shop on Queen Street in Oxford Town Centre. Will cries of "Top Shop Tax Dodge" amongst other slogans, the protesters staged a sit down outside the retail outlet, for a short while completely blocking access to anyone to get in or out of the shop.

There were pamphlets handed out explain the reason for the protest to shoppers, passers-by and the ever present local police force. The protest was largely well received, with many people reacting with disgust to the details of Green's tax-dodging, public sector cutting activities. One shopper exclaimed "typical, only in Britain", when she heard of the hypocrisy and corruption that has meant that this particular fat cat was appointed by PM David Cameron to provide a review of government spending and procurement, which he delivered in October 2010.

Through his South African born wide Cristina, Sir Philip's Arcadia Group owns some 2,300 shops in the UK, and as part of nationwide demonstrations today, Top Shop was targeted to demand that Sir Philip cough up the £300m that he owes to HM Revenue & Customs. As Cristina is a resident of Monaco, Sir Philip has managed to dodge paying tax, and of course likes to enjoy a game of tennis with his chum Prince Albert of Monaco.