Calais Migrant Solidarity has continued the work we began a year and a half ago, giving practical solidarity in the form of aid, information and support in fighting ongoing persecution by the police. 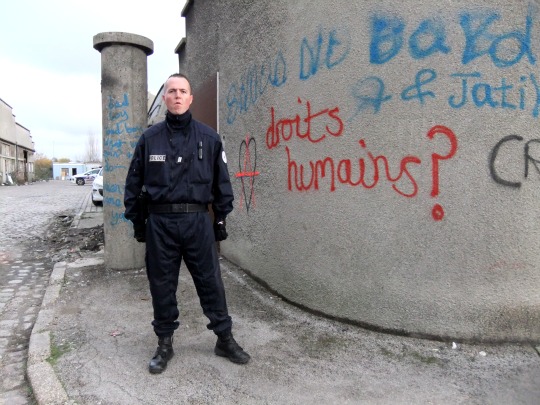 The latest developments include:

- The destruction of camps near Dunkirk. This led to a growth in the numbers residing
at the nearby jungle of Teteghem. Since there was less repression directed at this jungle, there were also plenty of minors and families with babies living there. However, in November, as numbers swelled to 150-200, pressure mounted on the camp and mass arrests were made. Half the occupants have been transferred to a detention centre, where they remain.
Many of the families chose to up and leave the previous day in response to police threats.

- Relentless targetting of Africa House. It regularly gets raided three times a day.

- The opening of the BCMO. The council has opened the BCMO cold weather shelter again this year. It can only be used on nights where the temperature drops below zero, remains shut in the day, and cannot accomodate everyone.
It really is the bare minimum; just enough so the local authorities can say it has 'fulfilled its obligations' to see that no-one dies of hypothermia...
People sleep on cardboard and there are no washing facilities (although this year, there is one chemical loo, for 140 people).
When it closes in daytime, the police know to loiter in the area so as to meet their arrest quotas.

- Imprisonment of local neo-nazis. A handful of the local fash were found guilty of committing a spate of violent attacks on migrants and a supporter over the summer, and were sent down for 6 months to a year each.

- On a positive note, new squats have been created, we have been distributing plenty
of essentials, we continue to reduce the number of arrests, and everyone is trying to keep spirits up with music, dance and poetry

Check out the blog for pics and more stories...

Come to Calais! Winter is seriously grim in Calais, but with a strong crew of activists,
we can keep up the resistance and help provide some relief from the misery.