Today in Cambridge, both of the local Cathederals of Consumerism were invaded by several generations of angry students, fighting for a future that doesn't involve getting themselves into vast amounts of debt. 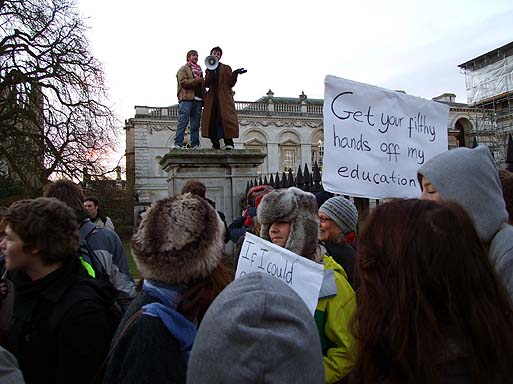 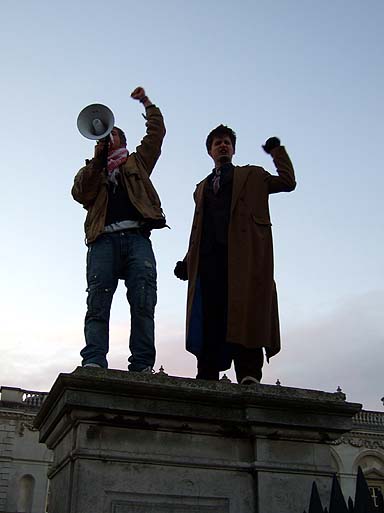 Rising above it all! 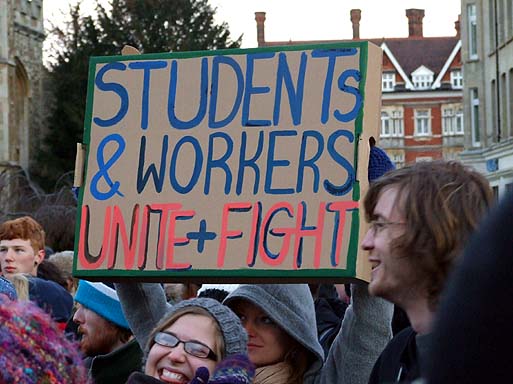 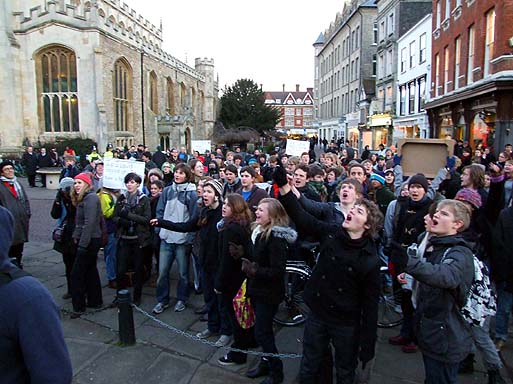 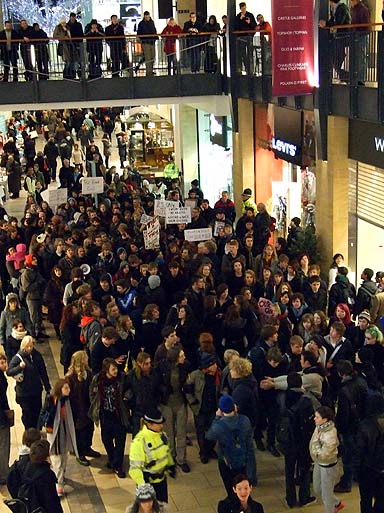 ,,,Another mass invasion of The Grand Arcade... 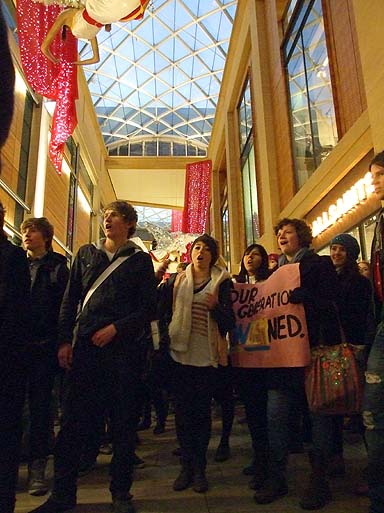 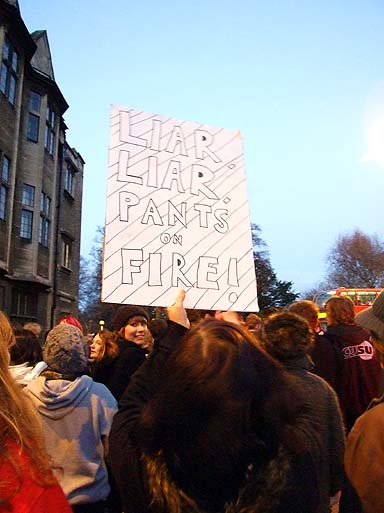 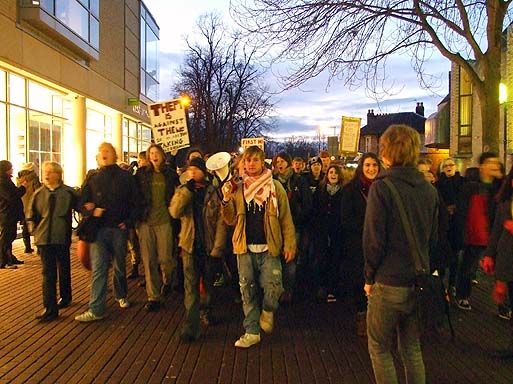 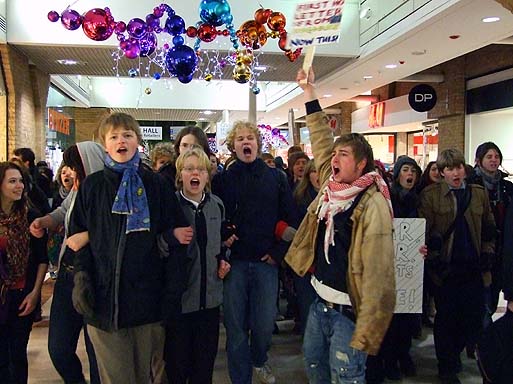 To invade The Grafton Centre! 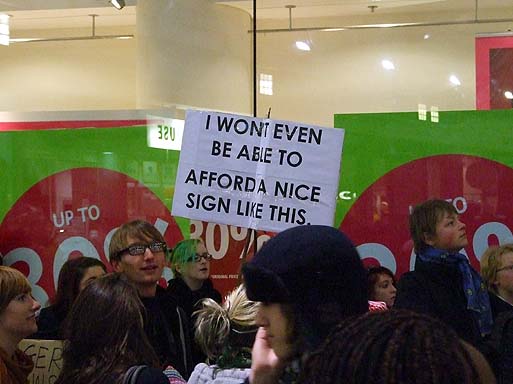 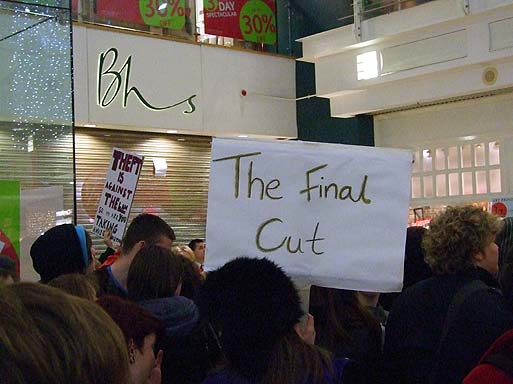 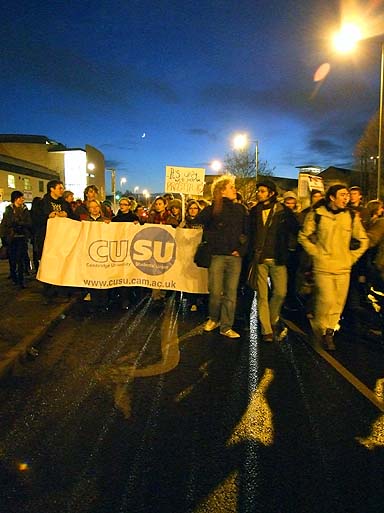 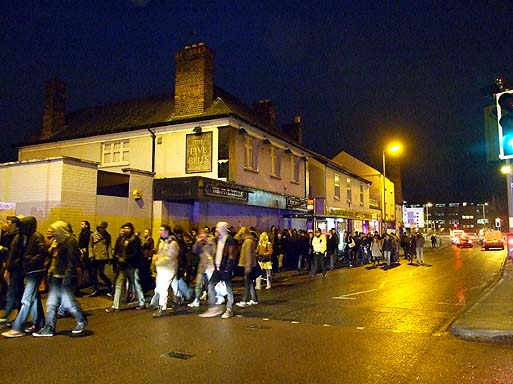 This protest turned a corner... 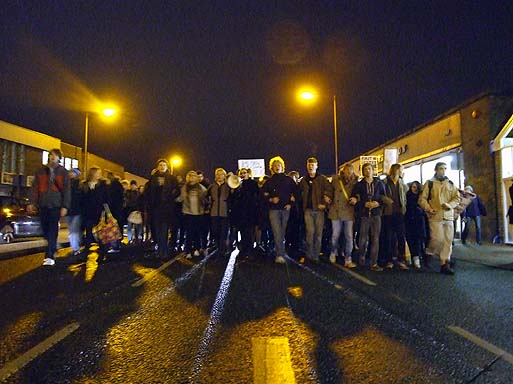 ...And then reclaimed Newmarket Road too! 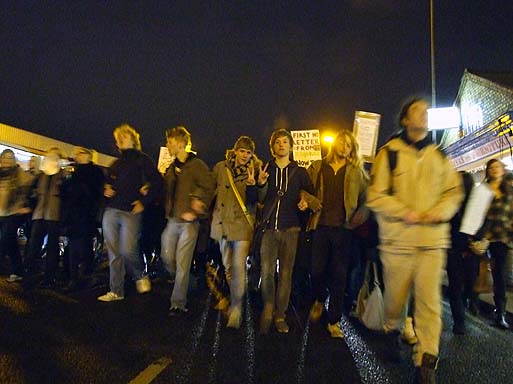 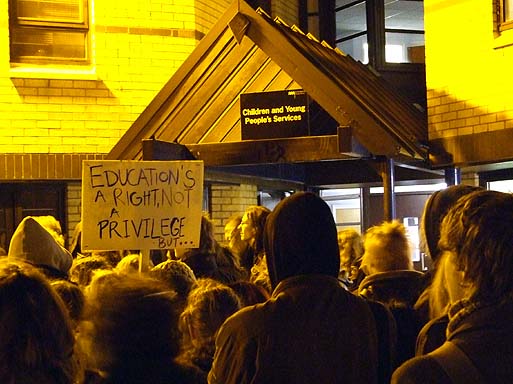 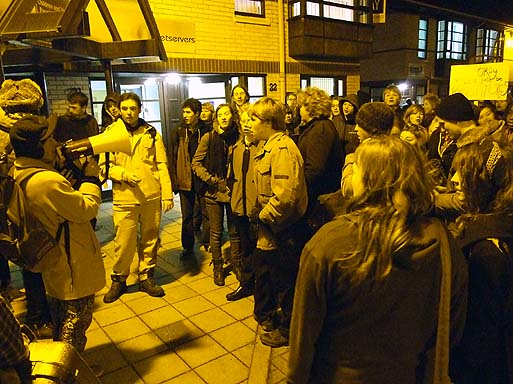 Outside Julian Huppert's office, taking the issue right to his doorstep. 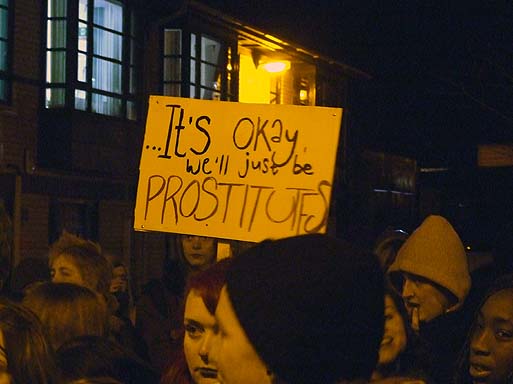 Some already are, by all accounts.

It seemed wholly fitting to reclaim and invade the private commercial spaces of The Grand Arcade and The Grafton Centre, in which during the lead up to Christmas, people are lulled into collective consumerist reveries and encouraged not to think about the world beyond their Credit Card balances.

Today the current and next generation of Higher Education students woke everyone up, starting on Kings Parade, then reclaiming The Grand Arcade, and heading en masse across town to The Grafton Centre (much to the confusion of the private security gaurds), then onwards up East Road, up Newmarket Road (very effectively fouling up rush Hour traffic along the way by reclaiming the streets), and finishing their long journey at the doorstep of the offices of local Liberal Democrat MP Julian Huppert, whom has recently sent out mixed messages by saying he disapproved of the student occupation of Cambridge University Old Schools building, but would vote against the rise in Tuition Fees anyway.

Make of this what you will!

The fateful day is almost here, and tomorrow, on Thursday 9th December 2010, every MP in the country will cast their votes to decide upon the fate of current and future students, determining whether or not they should inflict vast amounts of debt upon anyone who dares to think that they can improve their lot with a bit more education.

Such is the bizarre country we live in.