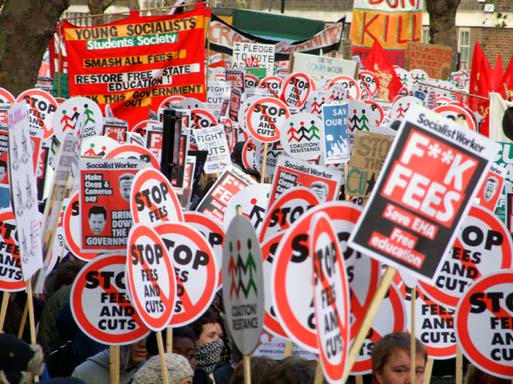 A sea of Placards! 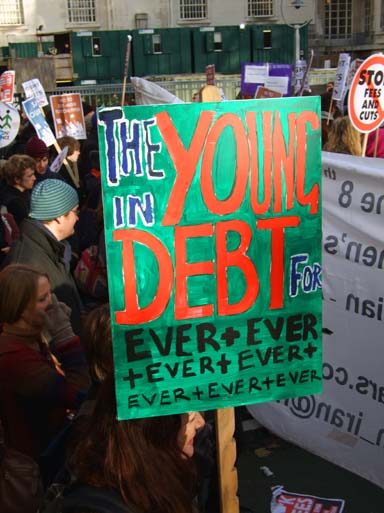 Succinct and to the point. 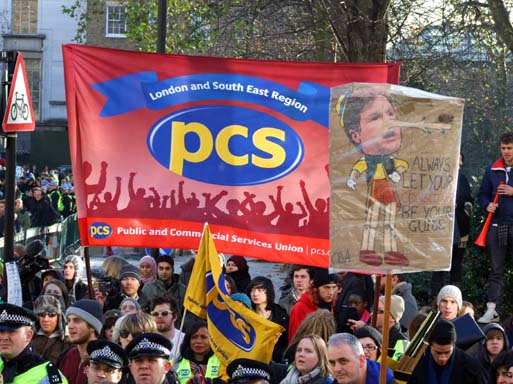 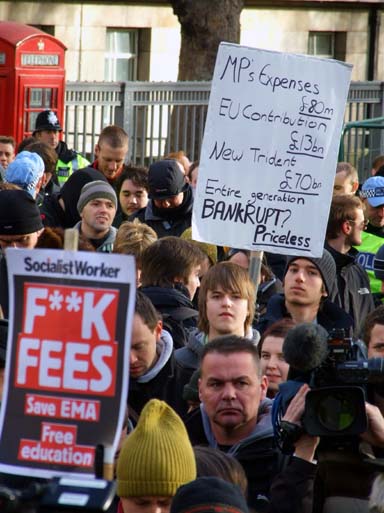 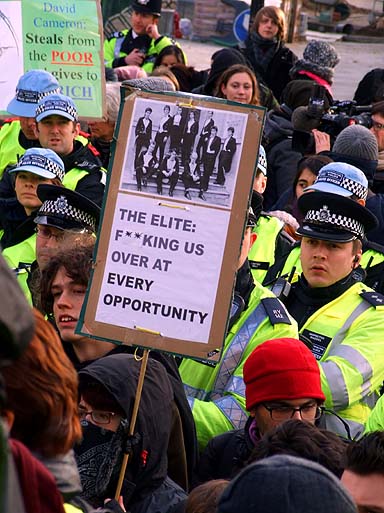 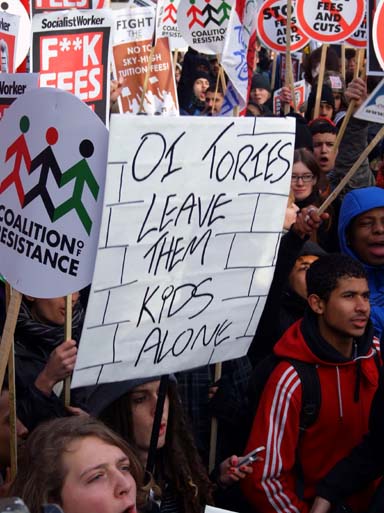 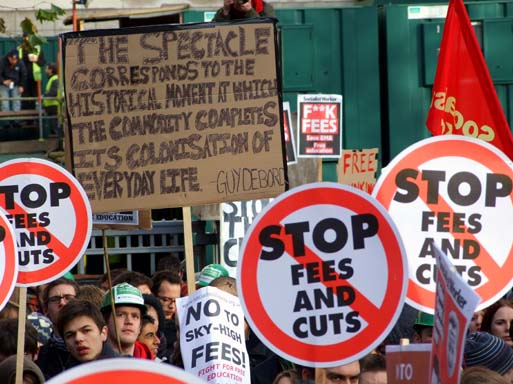 Situationism is not dead! 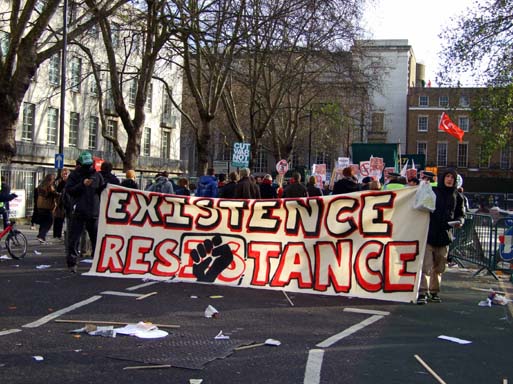 Resistance is not futile. 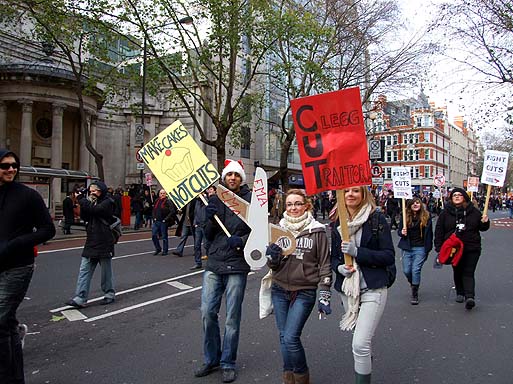 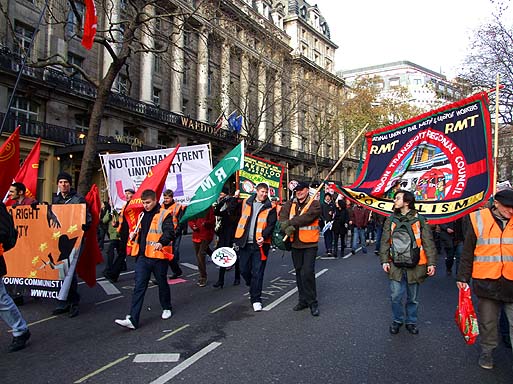 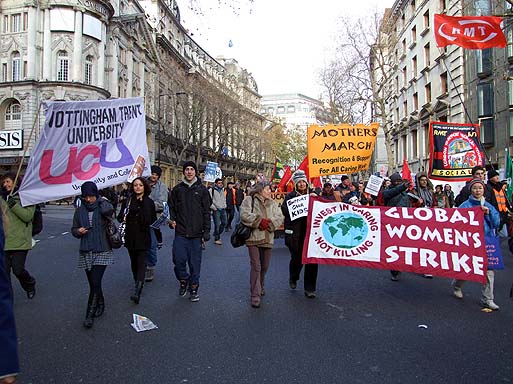 ...Along with Women's Rights. 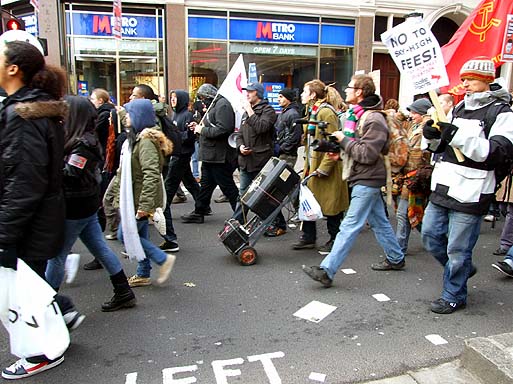 One of the portable sound systems. 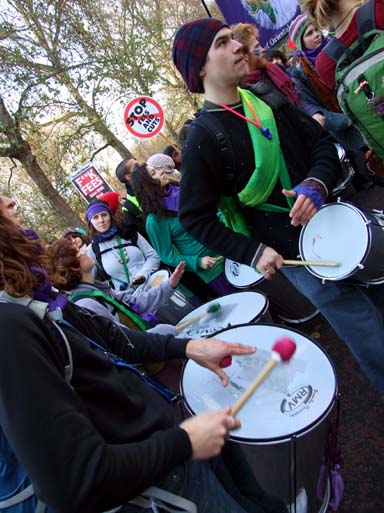 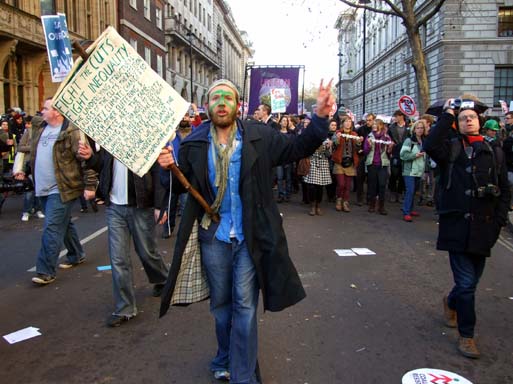 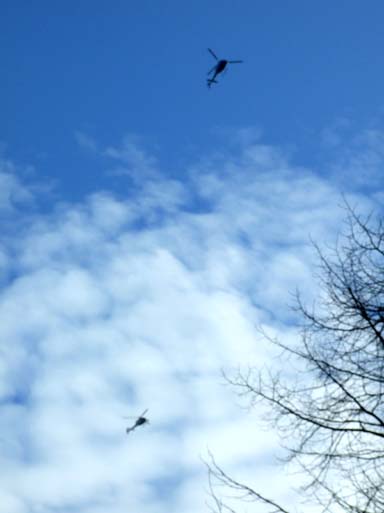 TWO choppers buzzed above us all day, one of them possibly for Sky News. 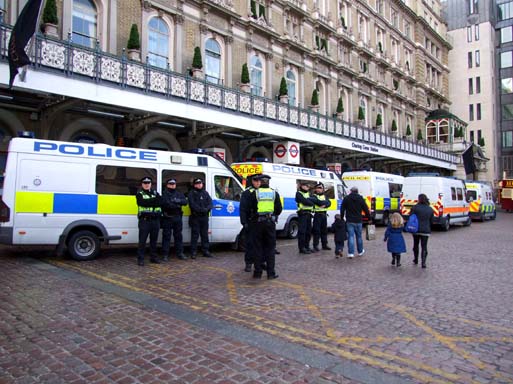 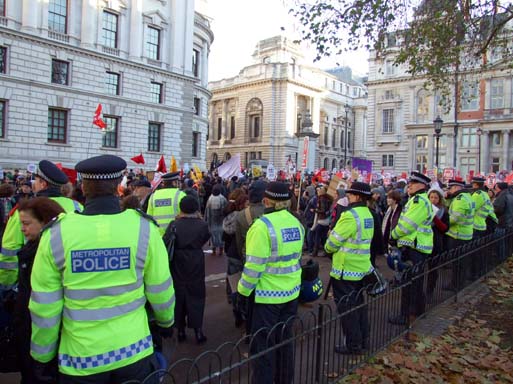 Riot helmets already in evidence at The Bank of England. 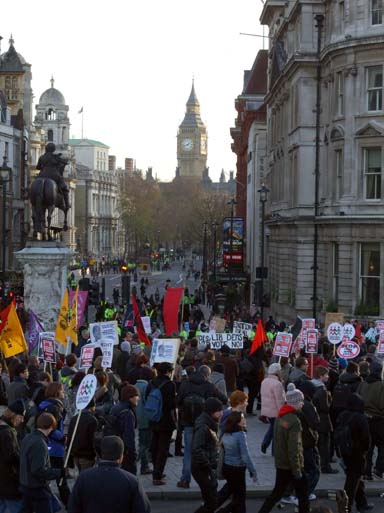 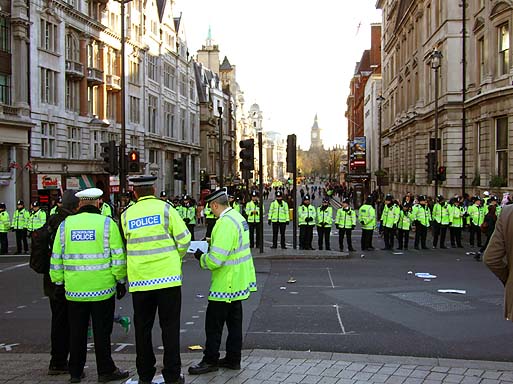 ...With the police already starting to gather here. 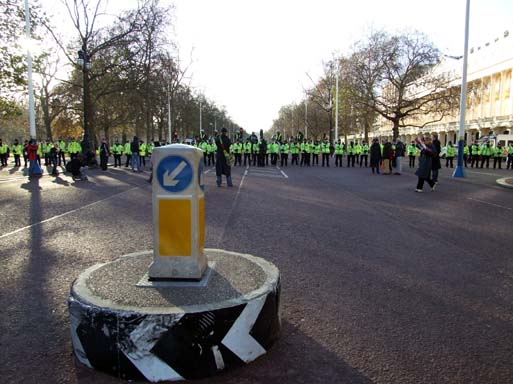 As a visitor to London, I don't know the streets as well as those of you living in the city (you'll probably recognise the areas from the pictures), so I'm not going to try and plot the route, but just outline what I saw as it happened.

The start of the march in Russell Square was very upbeat, and almost like a Carnival in spirit, with plenty of cheering and placard waving at the end of each speakers' piece on the small stage area. The atmosphere remained very positive and peaceful for all of the afternoon en route to Parlaiment Square, with a Samba Band (Rythmns of Resistance), providing us with loud and energetic music, which I saw many people dancing to. There were also a couple of portable sound systems, one of them pedal powered, the other being pushed along on a Sack Barrow (see picture), both blasting out Grime, Dubstep, Jungle and much more, which again many people surrounding them were dancing to, adding to the overall Carnival vibe of the event during the early afternoon.

From the very start of the march, there were always at least two Helicopters buzzing around above us, although I found out later that one of them was most likely for Sky News, as there were aerial pictures being broadcast from it when I saw the news coverage after getting home.

Also in evidence along with the usual mass produced SWP placards were many very unique and creative banners and placards, which people had clearly put a lot of time and effort into making to get their messages across (see pictures).

There were quite a few masked up people in evidence, but at this stage they were definitely in the minority, with most people (numbering in the thousands) being there to peacefully protest.

Before Parlaiment Square, the police presence was visible mostly around key London landmarks, like The Bank of England (all of them here were deployed with riot helmets), The Mall, and Trafalgar Sqaure, with the most visible deployment of vans in front of Charing Cross Station (see picture), although they were still allowing passersby through at this point.

There was a very broad cross-section of attendees yesterday, from very young schoolkids through to pensioners. There was also a strong Union presence, with many banners showing their colours (see pictures).

I arrived at Parlaiment Square about 2:30pm, by which time many of the numerous barriers that had been used to blockade the area had been either pushed over or bent out of the way by other people, although there were still many more in evidence, making the place look like some kind of bizarre open prison compound.

To be honest, I don't blame people for reclaiming this area, as Parlaiment Square has been a contentious space in London since Blair decided to arbitrarily impose an exclusion zone over the area in response to Brian Haw's protest.

I shall end part 1 here.