Rowdy student protests in Quebec and solidarity to UK

Dec.6th: Rally against Fees in Quebec

'More than 2,000 students took to the streets of Quebec City (Canada) in protest against hikes in fees and tuition fees in general, despite a snow storm. Apparently protesters also clashed with riot police inside the lobby of the Hilton hotel.' 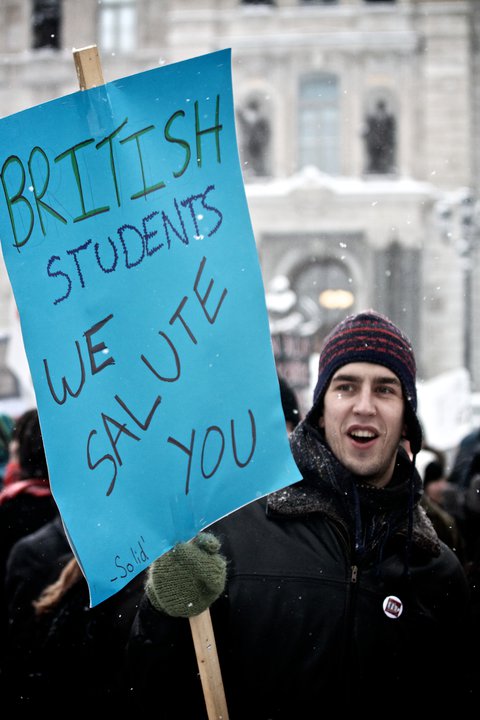 Student protesters battled with riot police inside the Quebec Hilton on Monday, trying to get into a forum about increasing tuition fees that another group of students had just left in protest.

Sûreté du Québec ministerial bodyguards and hotel security stopped the students in a hallway after they entered the hotel using an emergency staircase.

Reinforcements from the Quebec City police riot squad then arrived, pushing the students back down the stairs. Police used their batons and students fought with wooden sticks in the violent confrontation.