Occupations, civil disobedience and direct action in Newcastle this week

Here is a summary of the action's that have taken place in protest of the governments destructive attacks on education in Newcastle within the last week. 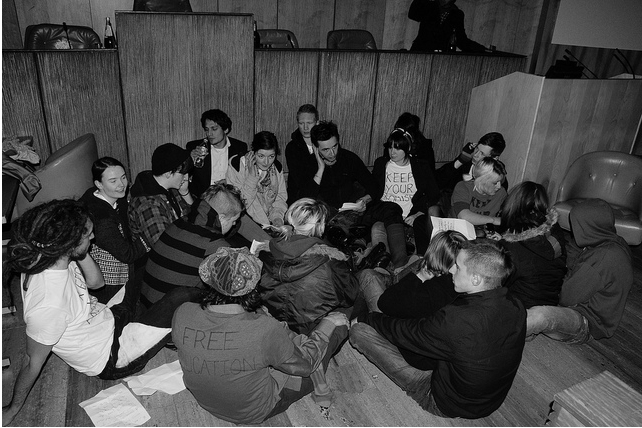 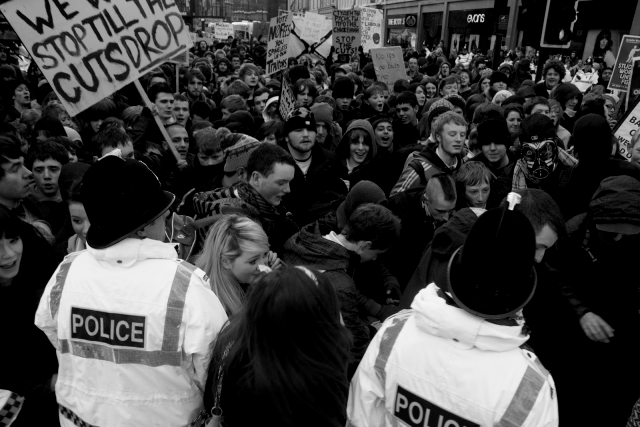 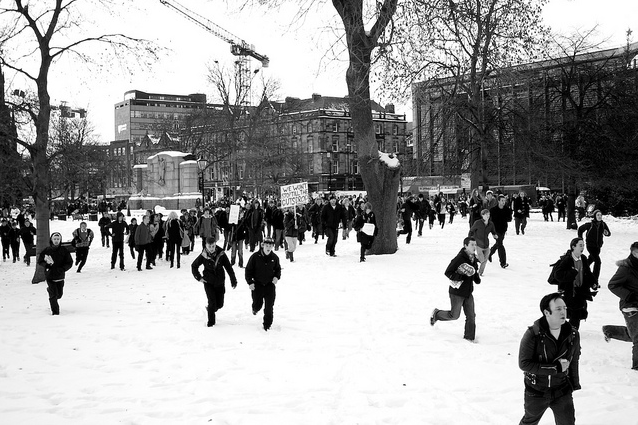 This week has seen the occupation of Newcastle University enter its second week. In conjunction with the occupation a number of direct actions have taken place.

On Tuesday a group of 20 demonstrators stormed the Civic Centre and occupied the Council Chambers. They then proceeded to ring up local Lib Dem councillors and arrange for some of them to come down and hear the demands of the students.A number came down, including the leader of the Council, who agreed to release a press statement urging party MP's to vote against the education cuts.

On Thursday, over 3000 people demonstrated on a loud and lively demo around Newcastle. Early attempts to run from police and occupy the Tyne Bridge failed just yards from the bridge.
A militant mood was largely present on the demo. However, as the cops in Newcastle don't compare to the psychotic fascists that are the Met, there were no arrests.

Following the vote on Thursday, a group of 20 very pissed off students returned to the Tyne Bridge, and this time with large banners succeeded in occupying and stopping traffic.

This morning an attempted evction took place. Upon this failing security stopped free movement into the occupation. A crowd of about 50 gathered at noon however and stormed one of the doors. About 12 demonstrators managed to get in.
Shortly after, letters were sent to the students from the management threatening court injunctions and disciplinary action.

It has been decided this evening that the occupation will come to an end on Sunday, 18 days after it began.

This, however, is not the end. This is just the beginning.

Tory and Lib Dem scum - the poor are angry!