14 december: Push Berlusconi Out! Milan, Italy
Demos and Blocks of precarious, migrant and students everywhere! We have no confidence in the Power! A day of social mobilization through a first important goal: the fall of this government of fascists and racists!

Follow the updates live from the demos in Milan! 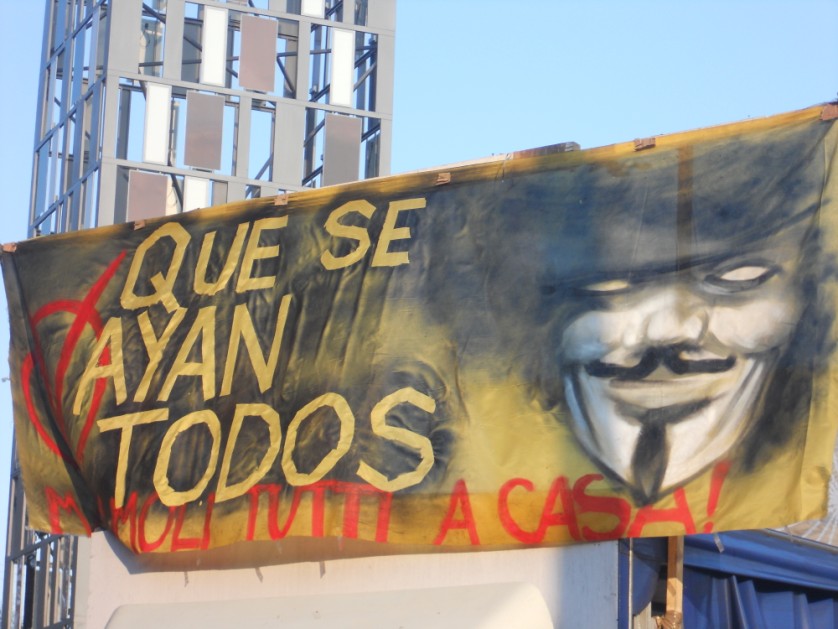 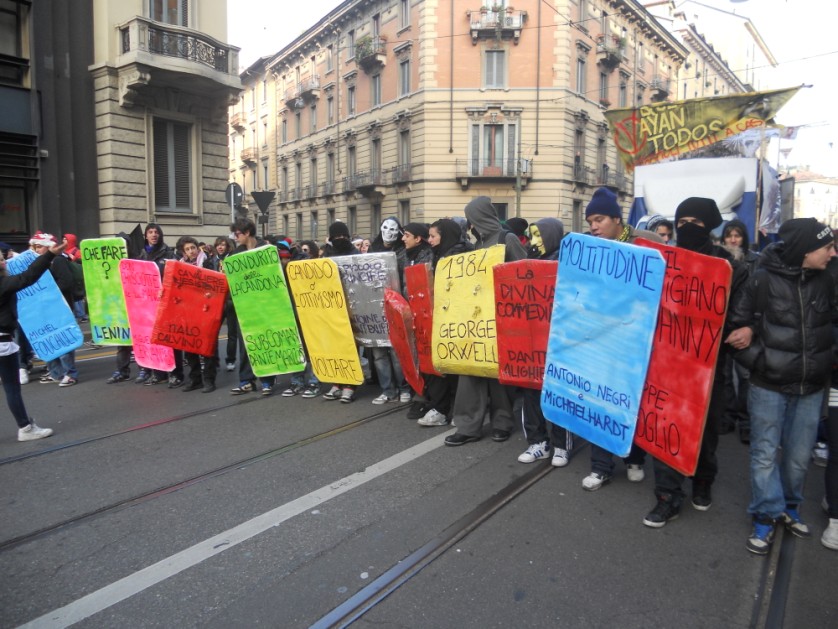 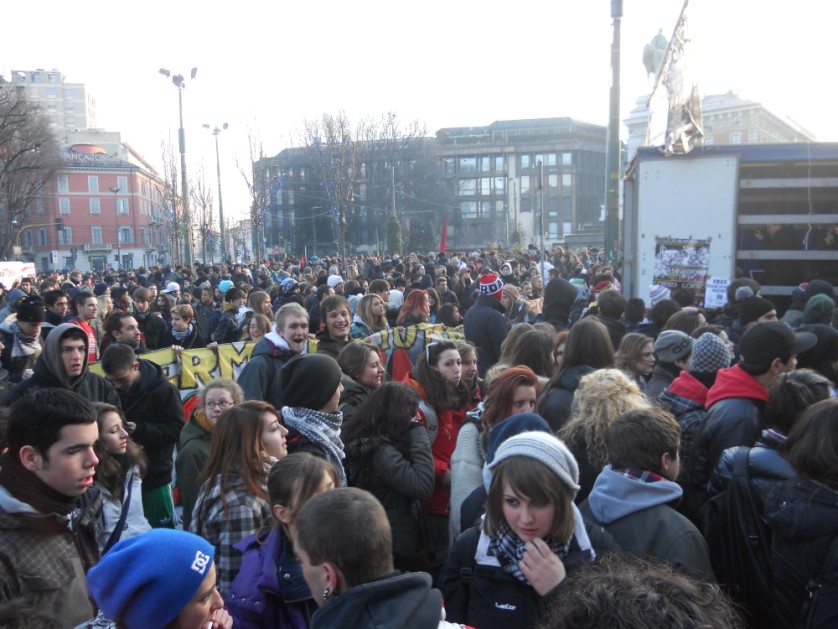 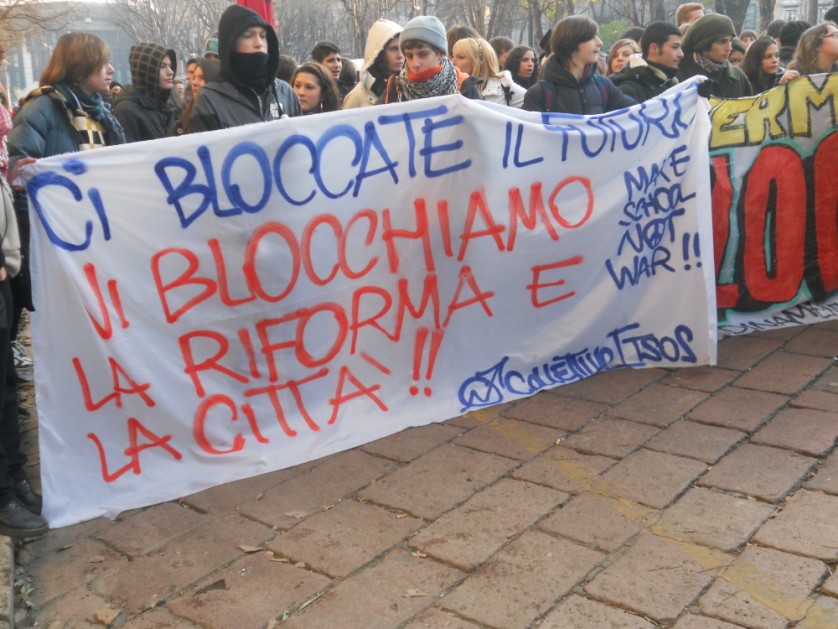 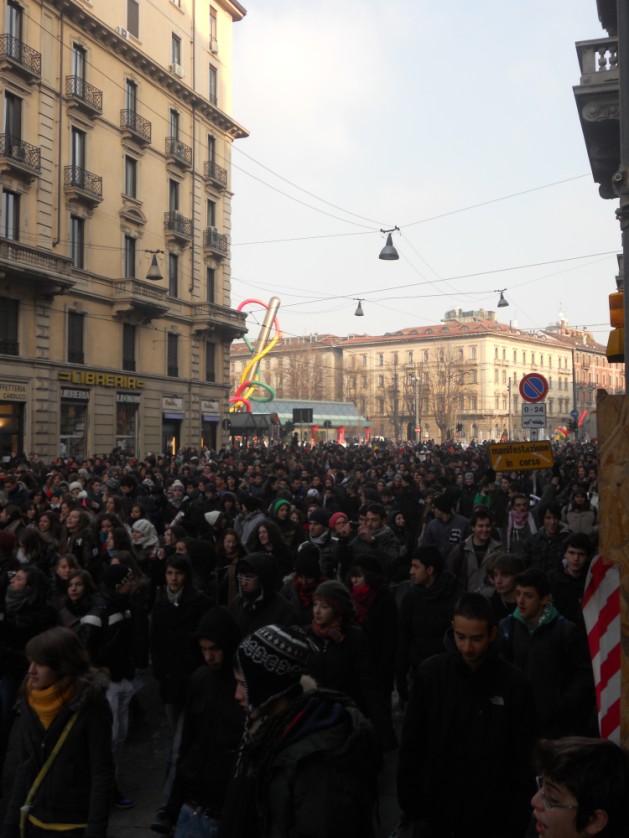 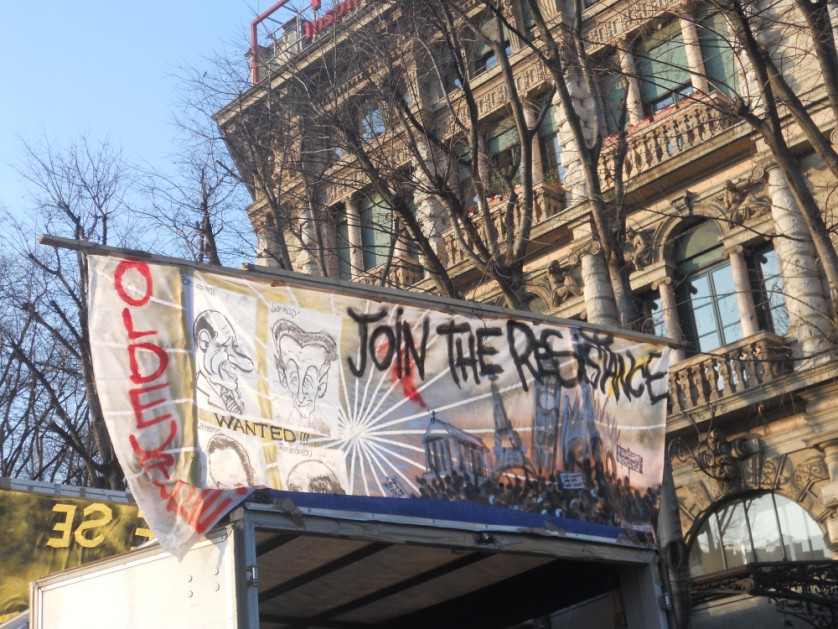 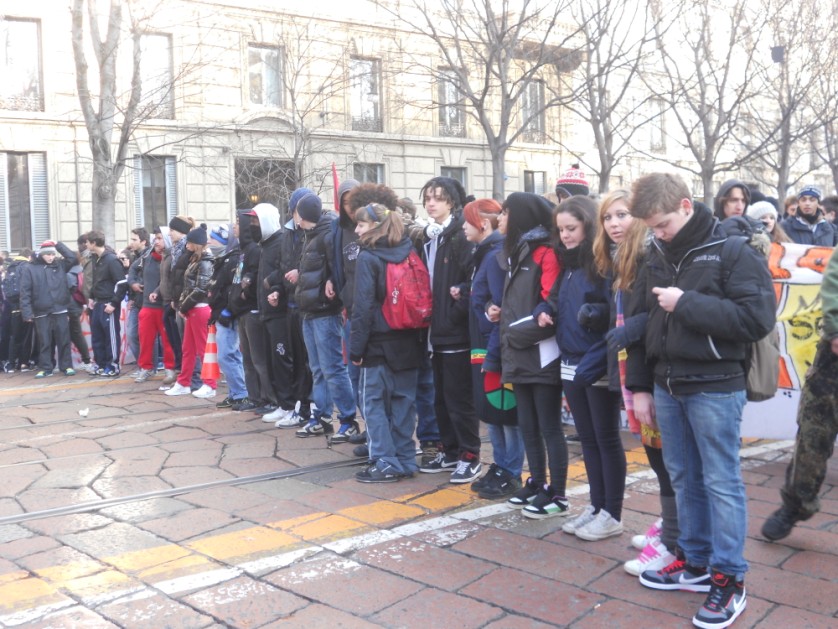 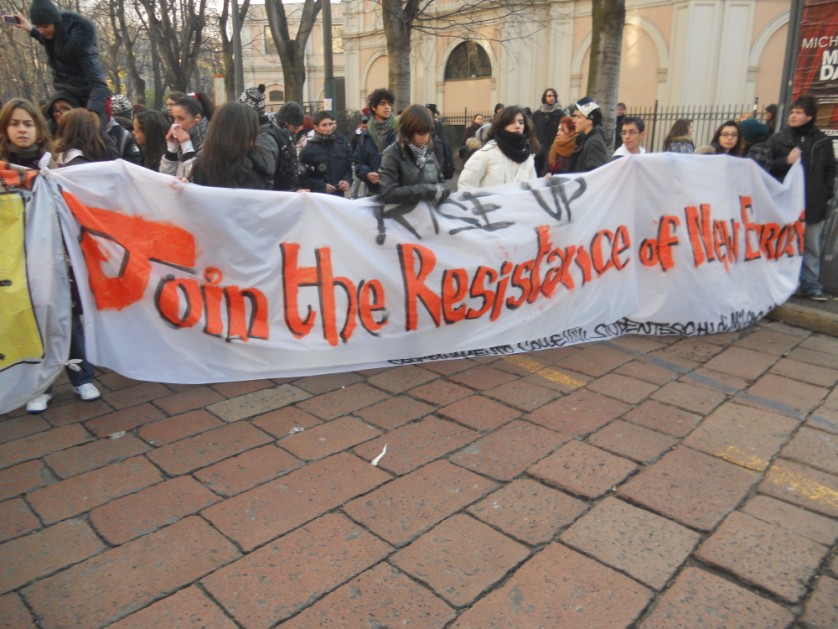 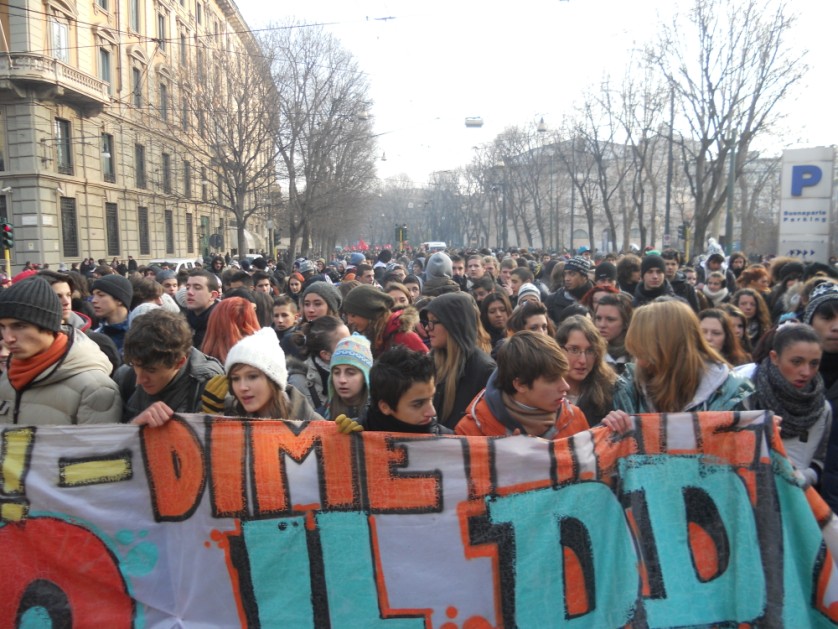 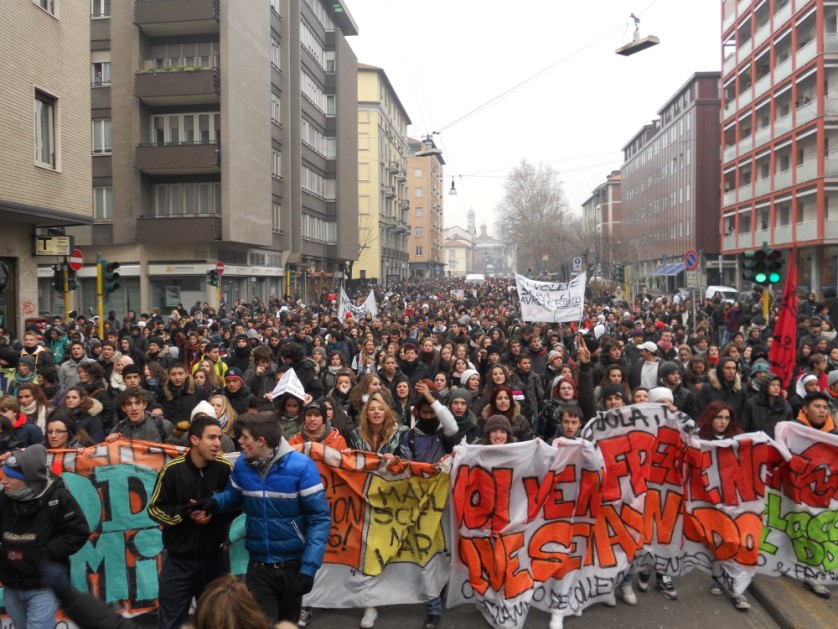 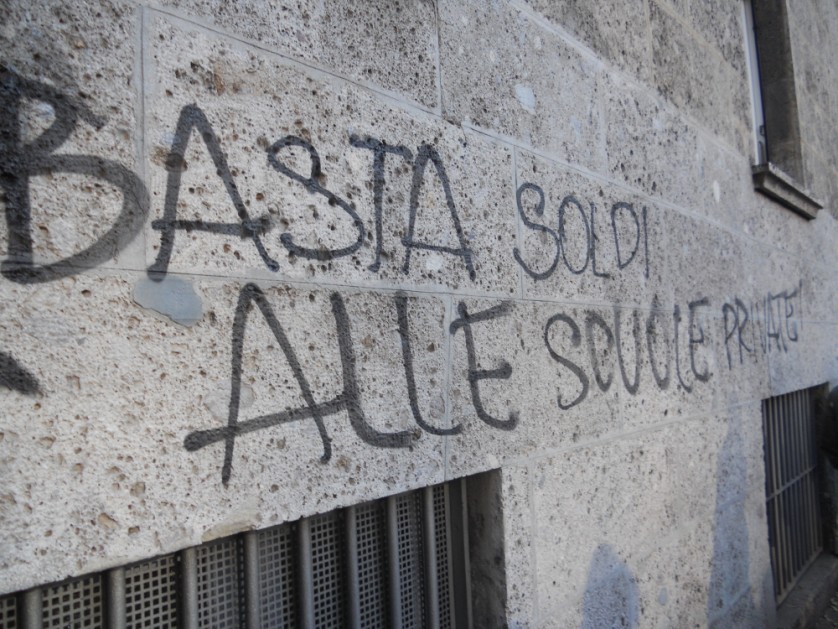 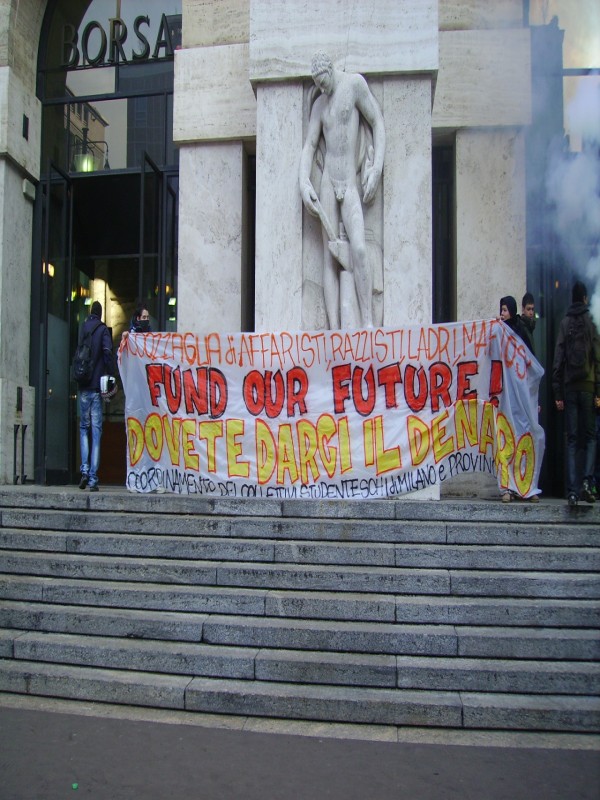 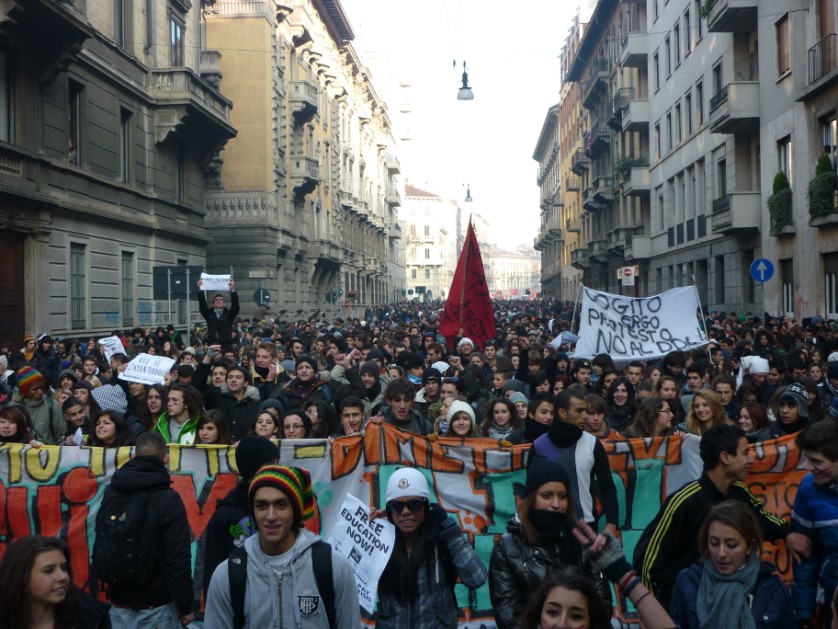 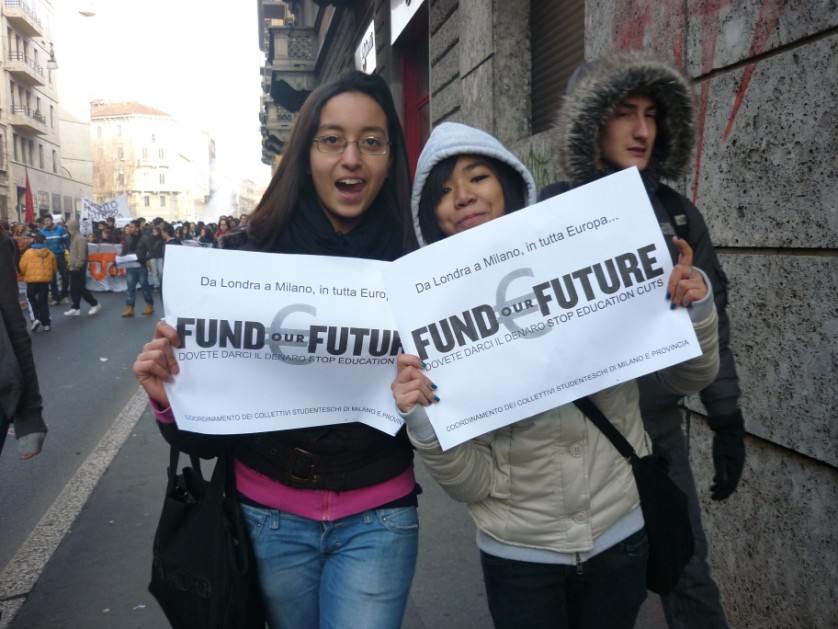 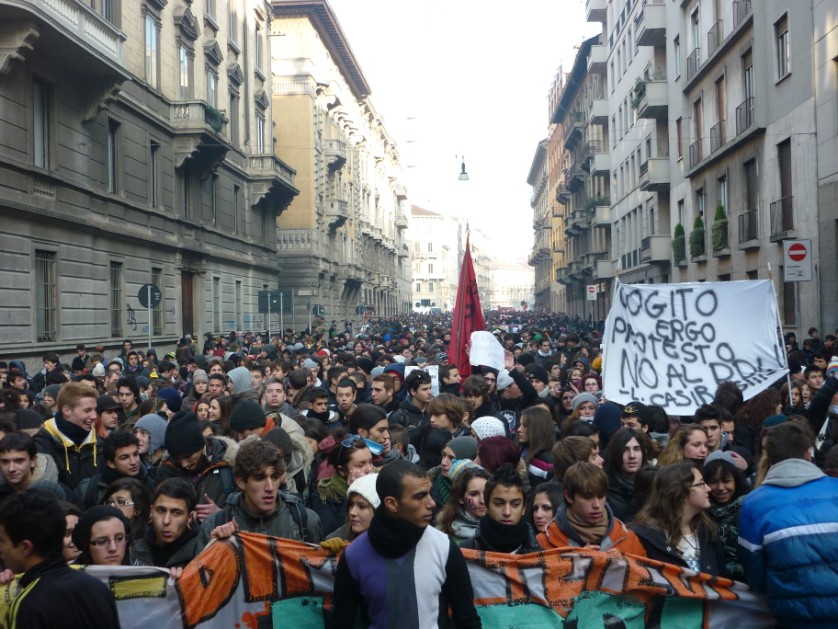 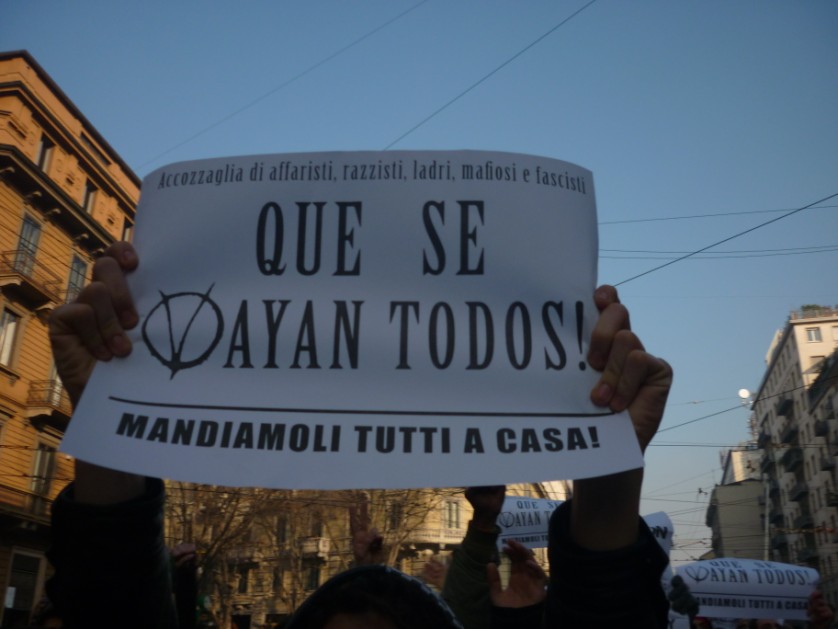 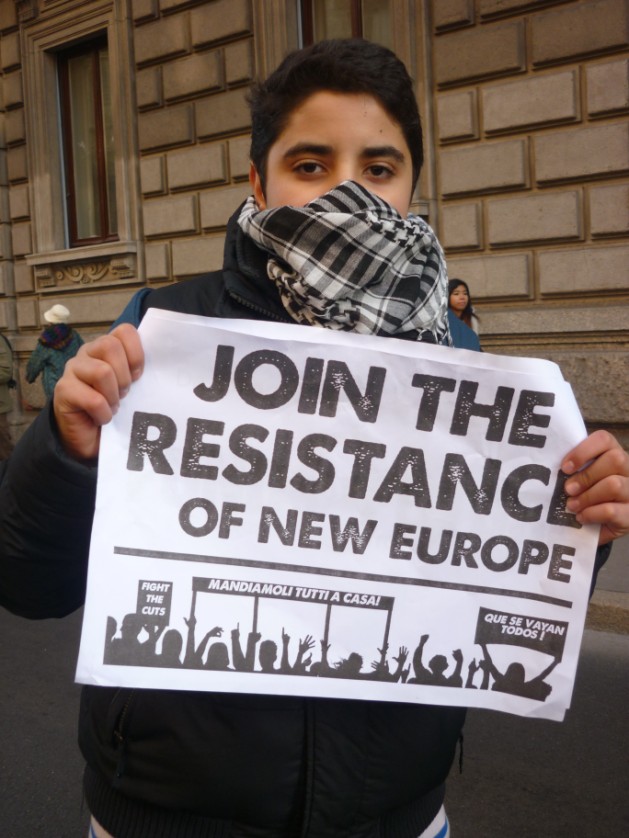 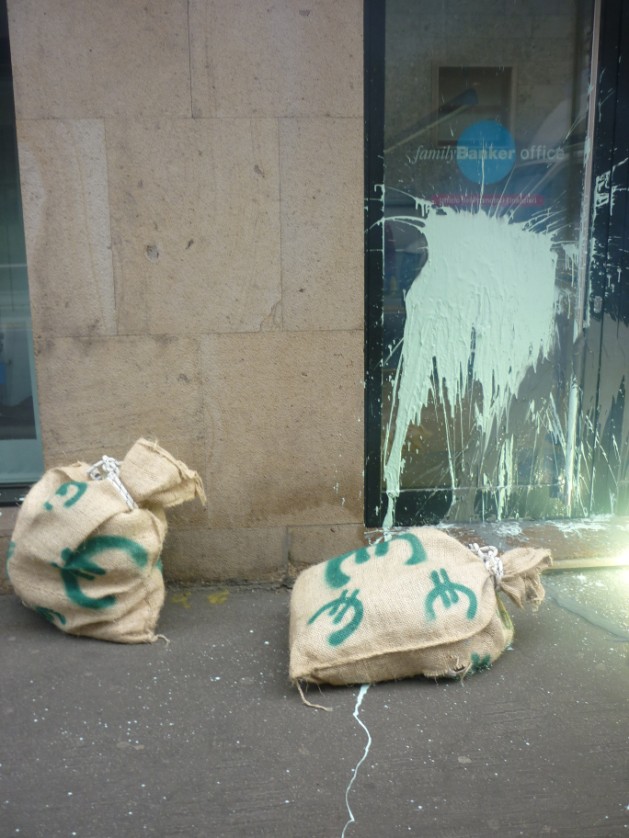 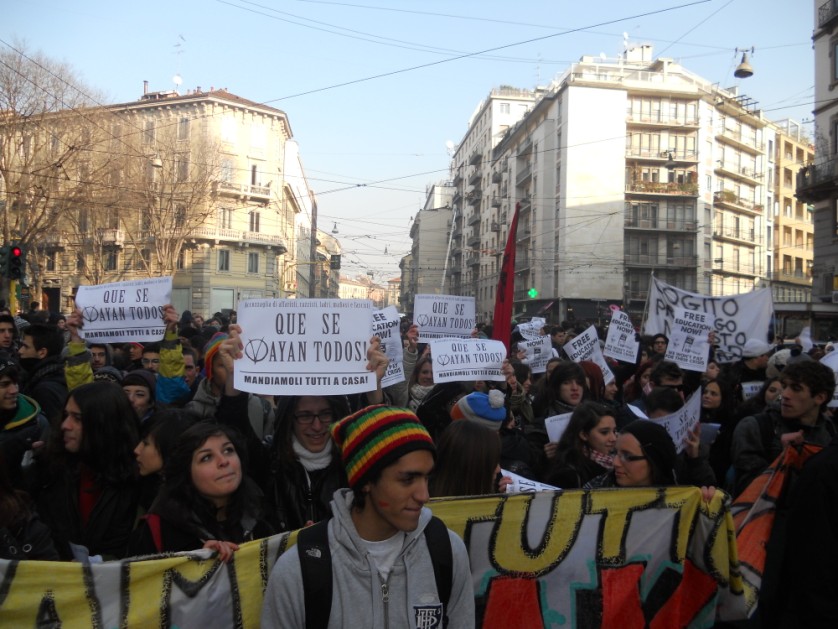 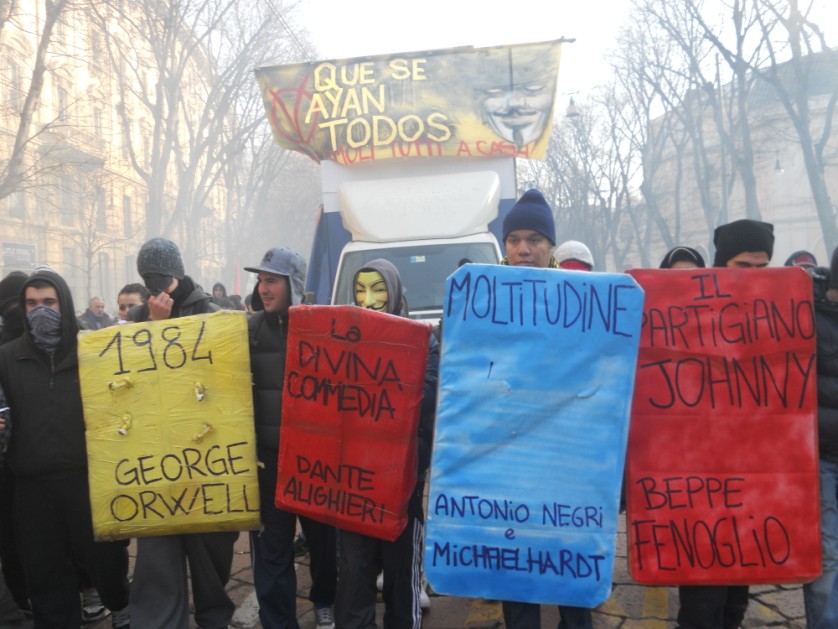 Italy Dec14th (day of lawmakers' confidence votes for Prime Minister Silvio Berlusconi and its gov). Hours before the riots of Rome hundreds of students demos have been organized in various cities, also in Milan where students (mainly from high schools) have organized pickets and actions also today. Before getting all together in a demo that have crossed the centre of the cities, the students have attacked several objectives, first of all the financial core of Italy the so-called "Borsa" (Affari square, Milan) and also the headquarters of PDL-the Berlusconi party (viale Monza, Milan) and Arner Bank and Mediolanum Bank (2 banks directly linked to Berlusconi). The students also have been organized in the Book Blocks as in Rome, England and Greece. Also the students have used slogan in italian but also in english language (fund our future! no cuts on education! join the new resistance!) in order to call for a european battle : the new europe of students and precarious against the old europe (rapresented by the neo-liberism and its crisis and also by Berlusconi, Cameron, Sarkozy, Papandreou). Here some photos from Milan, in a new post we will inform also about what is happened just a few hours later in the national rally in Rome where 100.000 of students from high schools and universities have attacked the area around the italian parlament, just after have been informed that Berlusconi's gov still will survive (at least for today).