This lunchtime saw Bonn Square in Oxford briefly transformed into Hyde Park, as a “Speakers' Corner” gave local people the opportunity to make their voices heard. Disabled people, parents, job seekers, teenagers and young people facing an insecure future, as well as older people facing poverty and discrimination, all spoke out about the damage that the cuts will do to their lives and their community. 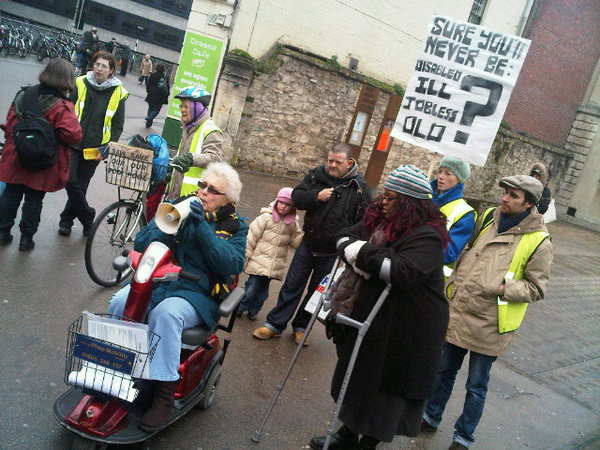 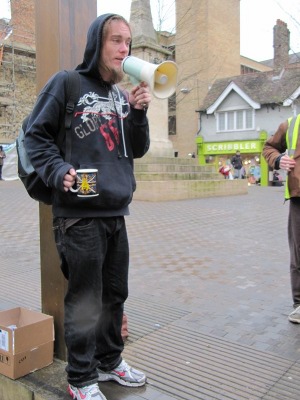 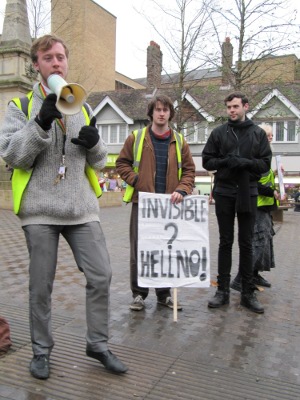 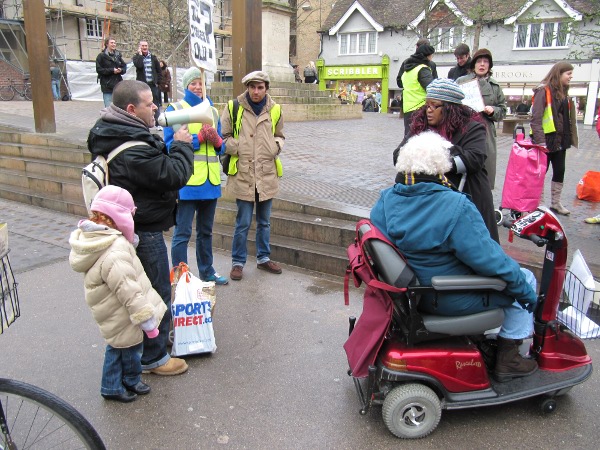 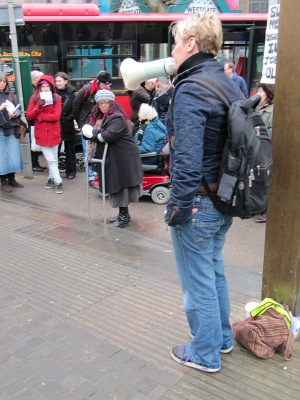 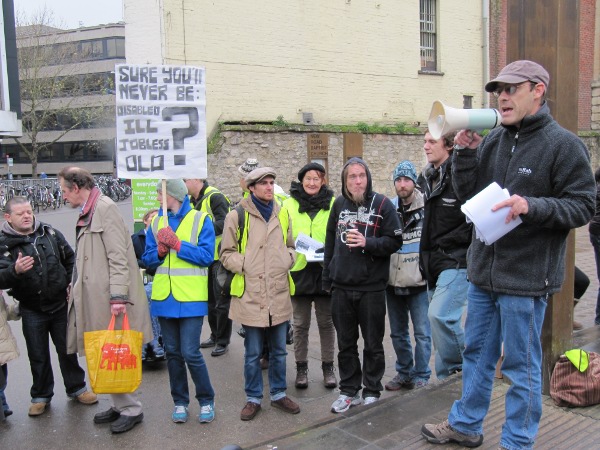 Many passers-by stopped to listen to stories of how the cuts would affect those who need welfare or benefits to be able to participate in our society, some even joined in with impromptu speeches of their own. Testimonies and messages were read out from some people who couldn't attend the rally, in some cases due to already inadequate care provision. Many people said that they would lose needed services and care because of the cuts, and many more were worried about the increasing difficulties of finding a job, and the lack of support for jobseekers. Cuts will stop others from being able to access the voluntary work that they currently do, as counsellors and youth workers.

Those present wore fluorescent jackets and made their speeches through a megaphone to make sure that the people who are so often left out of discussions about cuts got heard and seen. Their efforts were effective: they not only made a big impression on people who were waiting for their buses and doing their shopping, but were featured on the local TV news and two different radio stations, with independent journalists and photographers also turning up to film the occasion.

The event was part of a national day of protest against welfare and housing benefit cuts, with rallies and actions taking place all over the country.