Jeff Marsh and Alan Lake Confirm the EDL Are Racist

Ever since their formation, the English Defence League (EDL) have insisted that they are not racist. They are only "opposing Islamic extremism", their publicity machine repeatedly argues, despite Hope Not Hate and other anti-racist organisations exposing a significant number of hardcore neo-Nazis on their marches. Funder Alan Lake's Holocaust fantasies, and rabid racist and knife criminal Jeff Marsh's jumping on the bandwagon of the (non-islamic) "Asian paedeophilia" hype, has now firmly confined EDL spin to the dustbin. The EDL are 100% racist! 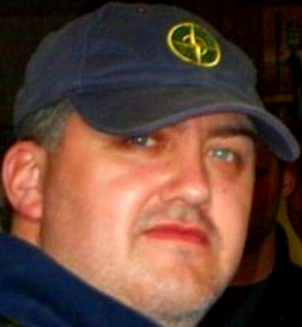 Whenever the EDL speak to police and journalists about marches in multicultural areas, they insist they are referred to as opponents of Islamic extremism. Their multi-millionairre backers such as Alan Lake, who bankrolls their black-shirted football hooligan street army, foam at the mouth whenever the unpalatable fascist truth about the organisation is outed, fearing once people know the truth about what sort of people they really are, support will disappear as rapidly as it arrived.

Alan Lake, also funds the far-right Swedish Democratic Party who are international alies of the neo-Nazi British National Party, and recently wrote on this blog his "EDL Final Solution" which involves rounding up British Muslims, socialists, liberals and anti-racists, and forcing them into ghettos where they will be shot if they try to leave.

Jewish friends and acquaintances of Alan Lake, including the Canadian JDL, who are inviting Yaxley-Lennon to speak at a rally in Toronto, are advised to read the following expose about what Mr Lake wrote on his blog, which shows chilling parity with the the thoughts and ideas of Adolf Hitler:

(Please continue to pass this article around on Twitter and Facebook to let the people know what the EDL's future plans are).

The JDL and likeminded Jewish people, who believe that the EDL are "speaking their language" by pretending to support Isreal purely and simply to wind up Muslim people and pro-Palastinian campaigners, must surely know that Lake shares the racial masterplans of Adolf Hilter, who murdered socialists, democrats, and anti-racists as well as Jewish and Roma people, simply replacing the persecution, ghettoisation and mass murder of one persecuted minority Jews with another, Muslims.

Thanks to the willingness of Fuhrer Lake to share his visions of a second (anti-Muslim) Holocaust with the general public, and the mumblings of convicted football hooligan Jeffrey Marsh, the real nature of the EDL is rearing its ugly head.

To counteract the EDL's repeated parroting that they are a "single-issue anti-Islamic organisation, Jeff, being the unstoppable bigot and racist that he is, has flooded the Casuals United and English Defence League Extra with out-and-out inexcusable racist stories which involve minorities but not Islamic religious extremism.

If any journalists are reading this, happen to be wandering if there is still mileage in the now confirmed lie that the EDL are "only interested in opposing Islamic extremism", check out the archives of Jeff Marsh's official EDL blogs to discover plenty of hate-stories and tabloid media sensationalism targetting non-Muslim minorities, including African asylum seekers, Roma gypsies, and young black Londoners. Mary of Jeff's repostings are accompanied by his own vile racist ramblings which repaint Jeff in the Mosley/Tyndall/Griffin tradition.

In far right terms, Jeff is the "dangerous dog" that no matter how its owner tries to pretend is a cute poodle, bities the dog warden in the leg at every available opportunity. Accused on the internet of being a police grass, the gross amateurishness and hatred of people of a different skin colour of this cocksure former knife thug (who stabbed Manchester United fans for fun) lets the true intentions and prejudices of the EDL slip, much like blogging of Alan Lake.

As regular as clockwork, Marsh (AKA Joe Casuals) has jumped onto the Asian paedophile tabloid sensationalism, oblivious to the the fact the EDL leadership contans its very own convicted "nonce", and that most jailed sexual offenders are white.

THESE CONVICTED CHILD ABUSERS IS NOT ABOUT ISLAMISTS. Criminals who sexually abuse and ply drugs and alcohol to minors, who happen to be of nominal Muslim South Asian background, are anything but practicing worshippers of Islam or any other religion. Such criminals won't have visited a mosque for years, but in the warped mind of Jeff Marsh, the EDL is not merely anti-Islamic but anti-Asian.

For EDL founder and policy-maker Marsh to capitalise on this story, should prove once and for all to the doubters that the EDL are merely another incarnation of a British fascist tradition which stretches all the way back to Oswald Mosley. A handful of "uncle toms" makes absolutely no difference when Lake and Marsh unleash racist broadsides on the internet.