This was the article that appeared in the Daily Mail which confirmed Mark Kennedy's link with Global Open and Eon. 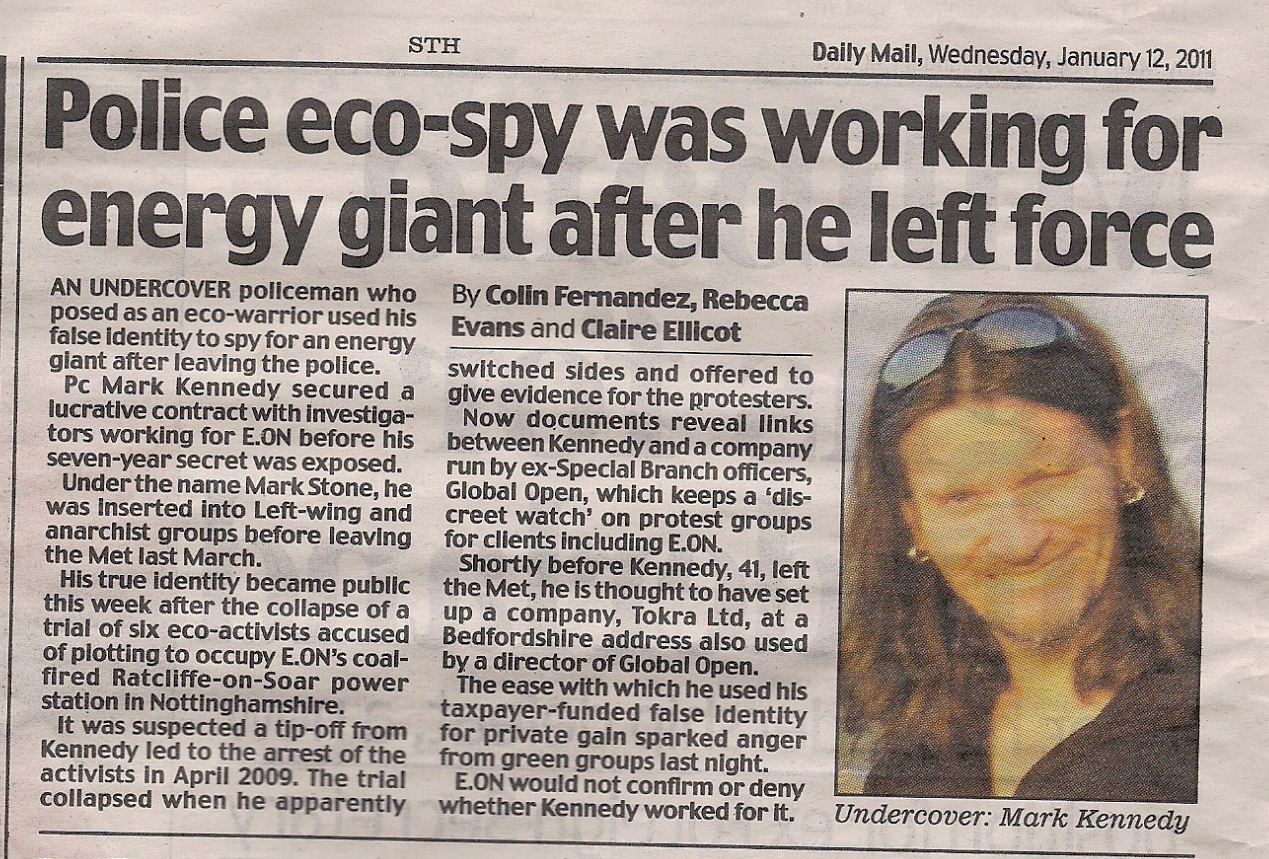 “An undercover policeman who posed as an eco-warrior used his false identity to spy for an energy giant after leaving the police. PC Mark Kennedy secured a lucrative contract with investigators working for E.ON before his seven year secret was exposed ... Now documents reveal links between Kennedy and a company run by ex-Special Branch officers, Global Open, which keeps a ‘discreet watch’ on protest groups for clients including E.ON ... The ease with which he used his taxpayer-funded false identity for private gain sparked anger from green groups last night. E.ON would not confirm or deny whether Kennedy worked for it.”