Heidelberg undercover police spy “Simon Brenner” exposed as Simon Bromma
On the 12th of December 2010 a police spy of the Landeskriminalamt (police authority of the federal state) was uncovered. He had infiltrated the left-wing scene in Heidelberg in southwest Germany. The cover name of the spy was “Simon Brenner”. His real name is Simon Bromma. According to his cover story, “Brenner” came from Bad Säckingen. In fact, Bromma is from Radolfzell at Lake Constance. 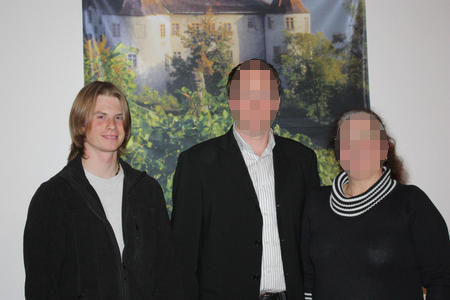 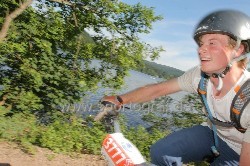 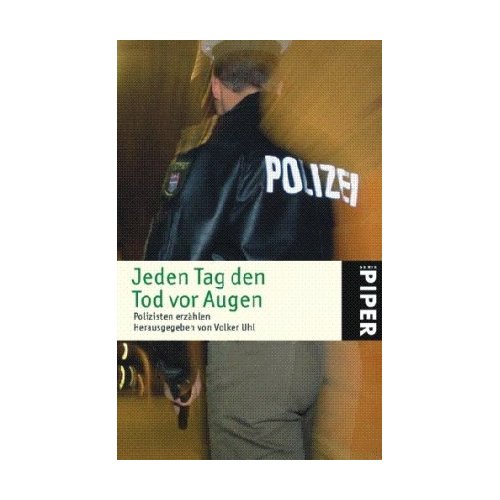 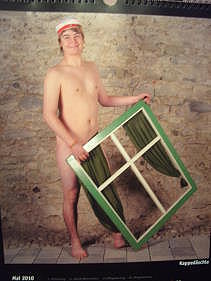 The last open question: is this fool a cop? 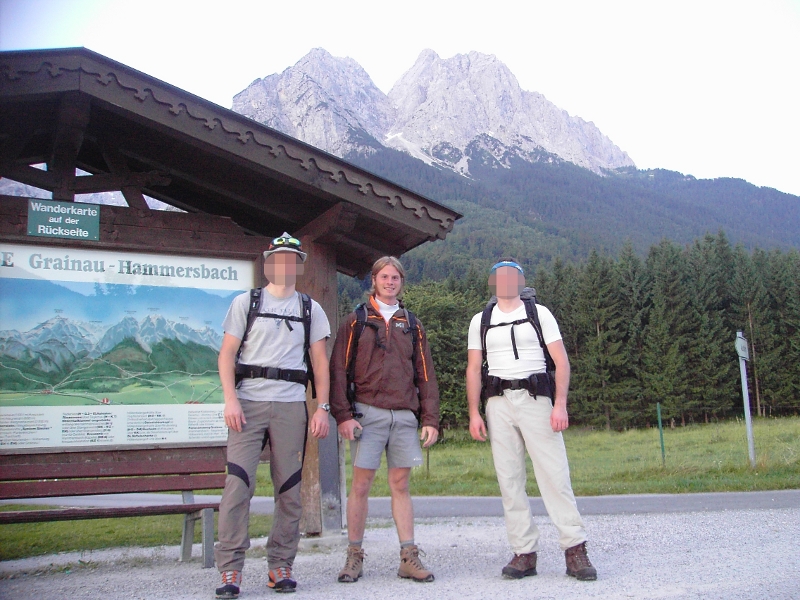 Simon Bromma as "Simon Brenner" in front of the Zugspitze 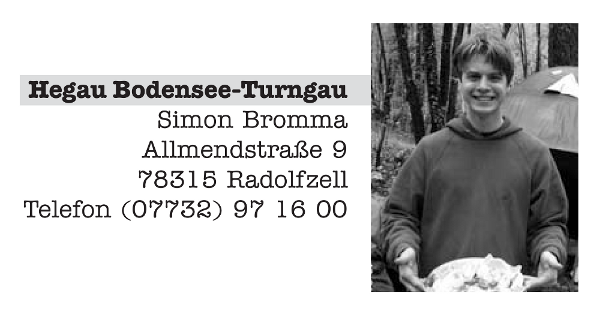 Simon Bromma in the "Lagerzeitung" 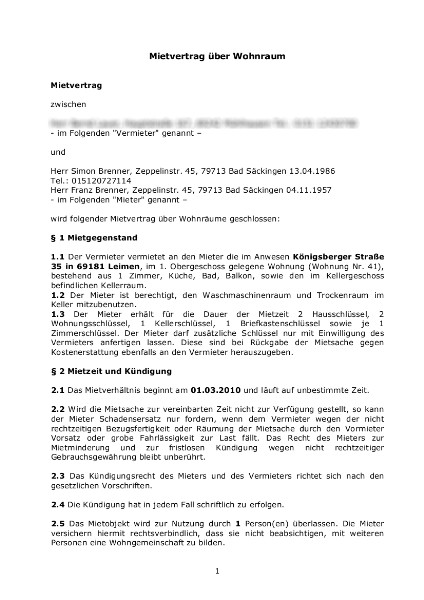 The fictional father of the politically interested student “Simon Brenner” is called “Franz” and lives at Zeppelinstraße 45 in Bad Säckingen on the southern edge of the land Baden-Württemberg. The policeman's father is called Franz, too, and lives in southern Baden-Württemberg. The real Franz lives in Radolfzell and works in the Konstanz police department. Father Bromma is organized in the police trade union “Deutsche Polizeigewerkschaft”, a member of the church council of St. Meinrad, and “Fähnrich” (ensign) of the fool's guard of the fool's guild “Narrizella Ratoldi”, founded in 1933.

Simon's brother Benjamin “Bennie” Bromma is a police officer, too. The “Polizeiobermeister” (police sergeant, first class) is organized in the same fool's club as his father. He plays drums in the military style marching band of Radolfzell and the municipal youth orchestra “Gemeindejugend Mühlhausen, Ehingen & Aach”.

Simon Bromma himself is active in a gymnastic club. As “Turngauverantwortlicher” (responsible for the gymnastic district) he was responsible for the registration process of the “40. International Youth Camp of the Baden Gymnastic Youth in Breisach” in August 2008. For this he used his home address Allmendstraße 9, 78315 Radolfzell, phone 07732-971600 and his email address

SimBromma@yahoo.de. No doubt: the Bromma family is deeply rooted in the traditional life of Radolfzell.

A cover close to the uncovered

In January 2010 – while he was looking for a flat as “Simon Brenner” in Heidelberg – Simon Bromma was also elected to the position of “Jugendwart” (youth coach) at the general assembly of his gymnastic club “Hegau-Bodensee-Turngau” at the Winegrower's Centre of Wine and Culture in Meersburg. On the “Turngau” website, he's still listed as “Jugendwart (kommissarisch)” (youth coach, provisional) with the address of the riot police in Wolfgang-Brumme Allee 52, 71034 Böblingen, phone: 0160-90646795, email:

At the end of 2006, Bromma received his certificate of apprenticeship, and an award in metalworking. According to the hacked emails of “Simon Brenner”, he pretended to have finished an apprenticeship as industrial mechanic in papers he had to provide to potential landlords in Heidelberg. He told Heidelberg activists he had worked as a metalworker in his father's company.

“Simon Brenner” liked to ride his bicycle from his flat just about outside Heidelberg into town. Simon Bromma participated in a bicycle race for his police department in Kirchzarten in the Black Forest in 2008. According to his ID card, “Brenner” was born on the 13th of April 1986. For his registration in Kirchzarten, Bromma gave 1985 as his year of birth. “Simon Brenner” used the Yahoo mail address

simonbrenner@ymail.com, Simon Bromma can be contacted via

simykingmail@gmx.de for his Amazon account. On the 29th of October 2008, Bromma ordered a book with the title “Facing death every day: police officers recount [paperback]”. He provided his home address at Allmendstraße in Radolfzell as billing address.

All truths are easy to understand once they are discovered

After finishing his training at the 5th section of riot police in Böblingen in 2009, Bromma started working at the police station in Überlingen, Mühlenstraße 16. According to him, he received several months of “special training” for undercover cops by the LKA (police authority of the federal state) and started building up the identity of “Simon Brenner” in the end of 2009. He actively infiltrated the left-wing scene in Heidelberg starting in April 2010. He reported back to the LKA, department “I540 Verdeckte Ermittlungen” (undercover investigations) and confessed to writing up his reports every second week in Stuttgart. He also kept in contact with the Heidelberg political police (“Staatsschutz”, part of the local criminal investigation department). His contact officers at the department of political police “Dezernat 14” in Heidelberg were Michael Schlotthauer (49 years) and Volker Schönfeld (46 years).

“Simon Brenner” used bank accounts with Postbank Stuttgart, account number 460730700 and Volksbank Rhein-Wehra, account number 43458302. He gave out the mobile phone number 0151-20727114 to his Heidelberg “comrades” and used the same phone to stay in touch with his case officers at the LKA. Another number of “Simon Brenner” was 0160-6543994. While looking for a flat, he was interested only in those a bit outside the city, even though his allowable expenses were high enough to pay for a room in the city centre: “My spending ceiling is about 500 € per month, without heating and other utilities.”

The cover story of “Simon Brenner” is quite close to his real life. From the cops' point of view this makes sense. Similar names make it unlikely that his cover is blown by a chance encounter with an old acquaintance, and the spy reacts naturally to the familiar sound of his name. Neither the spy nor friends can accidentally reveal something with indiscreet chatter. The substantive overlapping of biographical data, home region, knowledge and hobbies of both the real and the assumed identities keeps the spy from having to pretend all the time. And a police family is the best assurance for loyal silence.

Snitches are the most abject of all

“Simon Brenner” was convinced that he could simply vanish. He believed in the anonymity of his real identity. For him, betrayal was just a game. But betrayal is no game. Simon Bromma will have to face the consequences of what he did.