New Wikileaks: US Knew Tunisian Gov. Rotten Corrupt, Supported Ben Ali Anyway ... The Norwegian newspaper Aftenposten released a series of US diplomatic cables from 2006 on massive and pervasive corruption and nepotism in Tunisia and its effect on economic development and social problems. The cables show that the United States government was fully aware of the dangerous and debilitating level of corruption in Tunisia, and its anti-democratic implications. But they raise the question of whether Washington was wise to make Zine el-Abidine Ben Ali, despite his clear foibles, the pillar of its North Africa policy because of his role, as a secular strongman, in repressing Muslim movements (as William MacLean of Reuters argues). 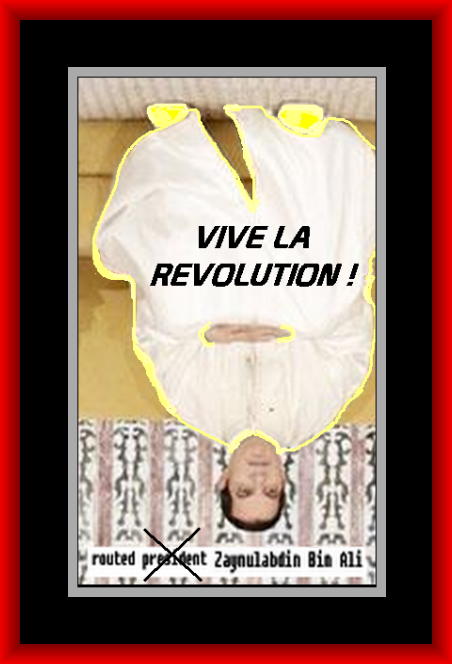 The US embassy in Tunis noted the contradictions of what was once called ‘the Tunisian miracle’– relative stability and security and 5% growth a year, but with Mafia style corruption on the part of ruling cliques that was discouraging foreign investment and contributing to failing banks and high unemployment.
Most debilitating, and destabilizing, has been high levels of unemployment, especially for college graduates:
‘ Unemployment, however, is a growing concern and is one on which every GOT official is focused. Official unemployment figures leveled off at 14 percent in 2005, after a steady declines dating from 1999s 15.8 percent. Even at 14 percent, however, this figure is consistently challenged as too optimistic by first hand accounts of university graduates unable to find jobs and reports of increasing numbers of ever-more qualified applicants seeking Embassy jobs.’
It was in some important part the college-educated unemployed and their sympathizers that brought down Ben Ali’s regime.
The cables recognize the pervasiveness of government corruption, and the scandals it gave rise to. The cables estimate that 50% of the country’s economic elite was somehow related to President Ben Ali, and warn that they were increasingly showing off their opulence in public, raising the hackles of the poor and unemployed. Among those mentioned in the survey of nepotism was Imed Trabelsi, favored nephew of former first lady Leila Ben Ali, who was stabbed to death on Saturday in the course of the popular uprising. .............. M O R E:

http://www.juancole.com/2011/01/new-wikileaks-us-knew-tunisian-gov-rotten-corrupt-supported-ben-ali-anyway.html Despite its vast extent and potentially severe consequences, the cables say, the corruption of the First Family was a red line for the press and could not be publicly discussed in the newspapers. At least one major prosecution of a journalist for political slander was pursued when he slammed the Trabelsis.
(In this regard, the inability of the regime to shut down millions of Twitter and Facebook accounts or to control YouTube was not entirely inconsequential.– Juan)
Four and a half years ago, the US embassy was sanguine about the situation continuing, because it thought the Tunisian public mired in apathy:
‘ However, the lack of Tunisian political activism, or even awareness, seems to be a more serious impediment. While frustration with the First Familys corruption may eventually lead to increased demands for political liberalization, it does not yet appear to be heralding the end of the Ben Ali era.’ ( posted by Professor Juan Cole ...

LINKS
"The Norwegian newspaper Aftenposten released a series of US diplomatic cables from 2006 .......

http://www.aftenposten.no/spesial/wikileaksdokumenter/
" ... the pillar of its North Africa policy because of his role, .........