Reports on Jim Sutton an undercover cop who infiltrated Reclaim the Streets during the 1990's and had kids with an activist.
Some comments on the Guardian website have suggested that this was all ok because she knew he was a policeman by then. The reports underplay the fact she had already fallen in love with him and moved in with him long before this. Its not exactly rare for people who are in love to fall for their lover's promises that they will change, and she was up against a professionally trained liar and manipulator, so the odds were stacked against her.

Undercover policeman married activist he was sent to spy on 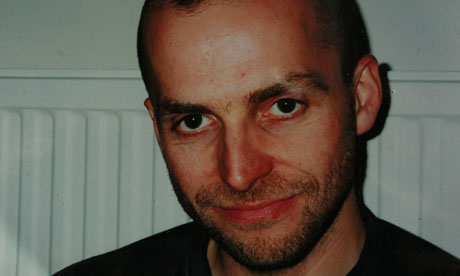 Meanwhile the ex-wife of the fourth undercover police officer spoke to the Guardian. The woman was married to Jim Boyling, a serving Metropolitan police officer who spent five years living undercover with environmental campaigners between 1995 and 2000.

Using the false identity "Jim Sutton", Boyling infiltrated Reclaim the Streets, an environmental group famed for bringing streets to a standstill in unruly protests against cars.

During his time undercover, when he is said to have become a key organiser, Boyling met a 28-year-old woman and began a relationship with her. He later disappeared from her life.

It was only when he reappeared a year later that he told the woman he was a police officer. They later married and had two children but divorced two years ago.

Speaking for the first time, the woman gave the Guardian a detailed account of their relationship and alleges that Boyling:

• Encouraged her to change her name by deed poll, apparently to conceal their relationship from his seniors at the Met. Her deed poll certificate is signed by Boyling, who lists his occupation as "police officer".

• Told her a ruling from seniors that undercover operatives should not have sex with targets was unrealistic, and developing relationships with activists was "a necessary tool in maintaining cover".

• Only informed a senior officer that he was in a relationship with an activist in 2005, around the time they married using her new identity.

Boyling and the Met were given a detailed account of the woman's allegations, but neither provided a response. The woman said tonight she hoped her story would reveal how deep infiltration of the protest movement "wrecks lives". "Everybody knows there are people in the movement who aren't who they say they are," she said. "Being too paranoid would hinder everything. But you don't expect the one person you trust most in the world not to exist." Senior officers say any suggestion they tacitly allowed operatives to have relationships are unjustified, and argue examples of inappropriate behaviour are rare.

The Guardian also today fully identifies two of the other undercover officers involved in spying on the eco-activists, previously called Officer A and B.

Their names and photographs were not used after representations from senior police, but both have now been extracted from undercover roles in other investigations, and they can be named as Lynn Watson and Mark Jacobs.