In the wake of the outing of 4 undercover police infiltrators into the UK activist scene, SchNews, have broken a story about police posts to Indymedia. For over two years suspected police articles and comments have been tracked by filters that are triggered by matching IP addresses, the first comment tracked in this manner dates from August 2008 and the last from January 2011. The full lists of gateway 202 and 303 posts has now been published so activists can do their own analysis on the police posts. A feature article about the abuse has also been published by Birmingham Indymedia, this feature article, first started in in December 2009, has been the subject of a huge amount of internal discussion within UK Indymedia and has been one of the reasons behind the decision to fork the project. Sheffield Indymedia supports the use of anti-abuse features to track and remove disinformation from the site and long argued for the feature article exposing the state abuse to be published. 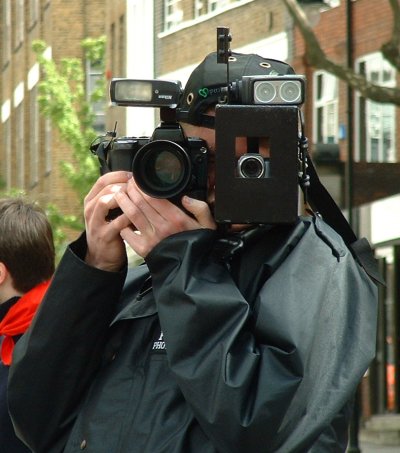 One Friday morning, a couple of year ago, I was checking the UK IMC web site and saw that a new article had just been published that was hopless in terms of the information it contained:

There was no information about who had called the demo or why or the times, also it had come from gateway-303.energis.gsi.gov.uk -- why were the police posting about a demo at a power station? Perhaps some copper really did want their grandchildren to have a habitable planet to live on? I, briefly, gave them the benefit of the doubt...

So I did a bit or googling and found out that it was a protest called by Greenpeace, so I posted this as a comment and promoted it, so that the article made some sense:

I also chatted with another admin about this odd post -- what were the cops up to?

Then it all became clear, when they posted a comment to their own article:

"Let's not all stand around like lemmings - lets shut the place!"

They were posting about the protest, which hadn't been on Indymedia before they posted about it, in order to incite illegal activity. Perhaps to encourage more heavy policing of the event, perhaps to justify their existance, who knows...

So, the article and both comments were hidden -- we are not interested in playing their games.

And due to some IMC admins wanting to hush up the police posts to the site and the fact that they were being tracked I have been prevented from publically telling this story till now, and it feels good to be free to tell the truth at last!

Thanks for coming clean

but a bit late really, you lied to us all for seven years!

how can we be expected to trust imc admins now?

In the case of the greenpeace demonstration. You can assume this was a police officer, but there is no proof of that.

Logging ip adresses is a bad thing and dont think for one moment that the cops can't access them if the servers are taken.

This site is *not* logging IP addresses

This site never writes logs of IP addresses to disk (when on a rare occasion the anti-abuse facilities are on they are only held in RAM) and the gateway 303 posts were tracked using filters, as the article above says.

If the police managed to get hold of the server they wouldn't find any logs of posters IP addresses.