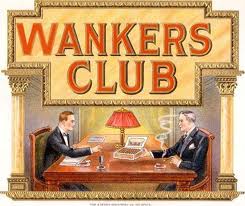 The bulk of the banksters money went to Fianna Fail for several election but the bulk of the corporate muck money, now flows from party to party, which includes Fine Gael and Labour. Either way the same targets are achieved, bigger profits for corporations. The sums of money thrown at these Irish politicians, particularly Fine Gael for the next election are mind boggling even by gombeen Fianna Fail standards.

The only real difference between Fine Gael and Labour is money. Each of these corrupt parties, is a political influence machine, that now vies for dominant power in a coalition, because the one with the most power, carries with it vast sums of corporate money. The longer a party is in office, as in the case of Fianna Fail for example, the more connections it makes, the more it's net worth to the corporations in the long run, the more the rewards can be spread to the different cumann of the party. There is currently a real, nasty fight between Fine Gael and Labour for this corporate muck money.

Of course Labour have their "interest group" the unions but these are now mostly so corrupt, that the only money Labour will see from the trade unions, is the dirty money siphoned and laundered from offshore bankster's accounts, using the corrupt Union leadership as a front for money laundering and peddling influence, particularly in the area of oiling the clean out of State pensions, after the next election.

The millions spent through the Unions to help get Labour elected, is matched only by the millions spent trying to get their ear as soon as they are in office. Irish unions however, cannot out-spend the off-shore banksters, neither can they offer the millionaire retirement packages, given to Fianna Fail. The corporate retirement packages offered to corrupt Irish politicians, prove where the next Irish Government minds will be focussed while in office and whose interests will be looked after, which is certainly not the ordinary people of Ireland under present arrangements.

Unions and the Irish Labour party have almost nothing to show for their decades-long crooked relationship. Union membership continues to shrink as do jobs, wages and benefits for Irish workers a crooked set up, if ever there was one. Nevertheless the “lesser of two evils” approach to Irish politics, currently being adopted by many prospective Irish voters, are Labour and Sinn Fein. The evil politicians of Fianna Fail and Fine Gael, being a no win choice not just for working class voters but also the shrinking middle-class with back breaking crooked mortgages. So both Labour and Sinn Fein can expect particularly vitriolic attacks during the next campaign, as establishment corporate parties fear the erosion of their respective party bases.

Ideally of course to get out of this vicious, dead-end cycle, real trade unionists could unite their strength with parties like Sinn Fein to form coalitions, that promote respective candidates, that are 100 percent funded by working people, to govern 100 percent in the interest of working people and the people of no property. All other roads lead back to dirty corporate money running another corrupt Irish Government.

The other alternative in the Irish scum state after the next election, is being ruled by a 21st century version of corporate fascism in the guise of a sanitized blue shirt alliance with corrupted corporate labour. In the 1930s Germany was ruled by a 20th century version of corporate fascism. Same result, different victims. Irish politicians will then give public money once again to the corporations and the state pension to the offshore banksters. Banks and corporations will give a portion of this back to crooked Irish politicians. A large share of it will go to Fine Gael party coffers if elected, to protect their politicians. Ireland ias apparently ruled by gangsters and crooks at every strata of Irish society. There is endemic, out of control fraud and theft at all levels of both local and national Irish government.

I'm voting for the Horse Outside !