After hearing the news that Shell would be allowed to continue building their gas pipeline in Co.Mayo Ireland, we decided to take action! 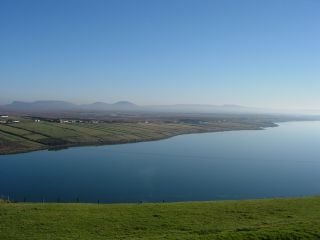 On Thursday the 20th people living in the area affected by Shells Gas pipeline pulled up survey stakes and removed water level testing devices at Aughoose, where Shell plan to build a huge compound that will facilitate their Tunnel Boring Machine.

Shell could begin construction anytime from now by putting up fences to secure the compound in Aughoose and Glengad. The opportunity to prevent Shell from securing the Aughoose compound and delivering their tunnel boring machine to the site is now our best chance to stop the project. We must not let the opportunity go by, as once the tunnel boring machine has gone underground the work will be much harder to stop.

We take direct action because we have been let down by our government. Those in power force to choose to between shutting up or using methods that they say are illegal. We also take action to inspire. This project has been delayed for over 10years as a result of the actions taken by people!
We really need people to keep in contact, keep checking for updates and then to plan to come up here and help us.